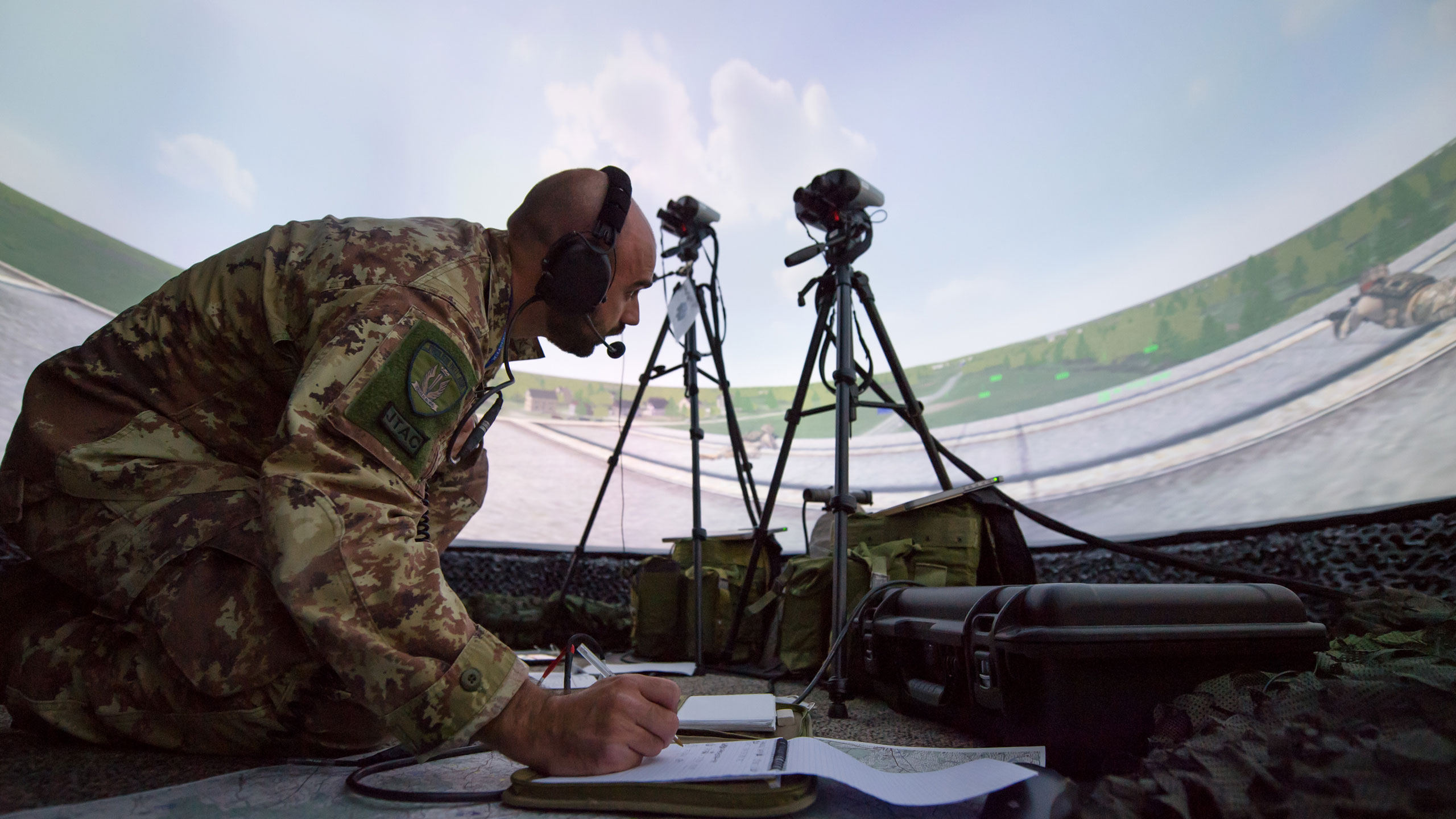 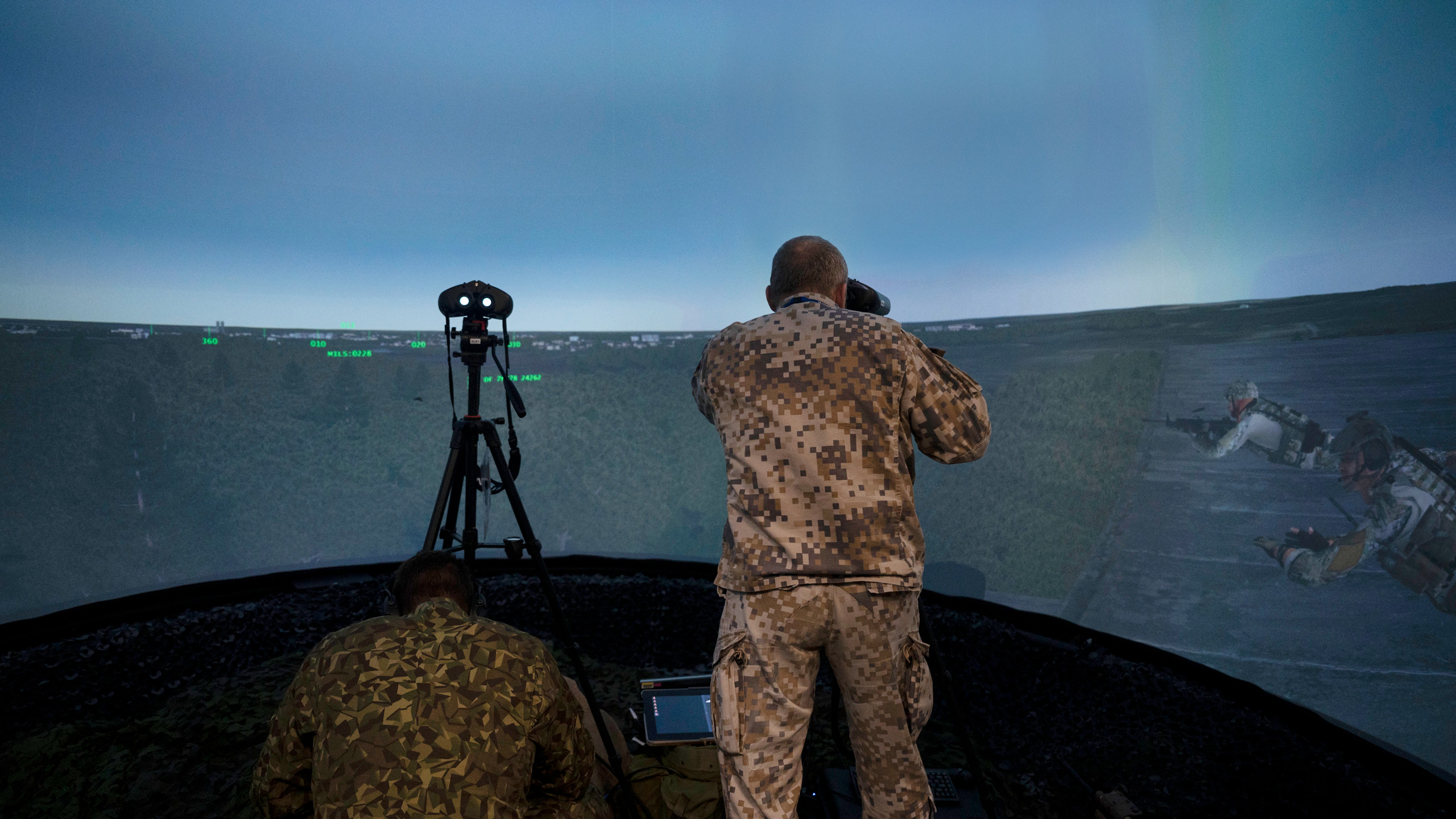 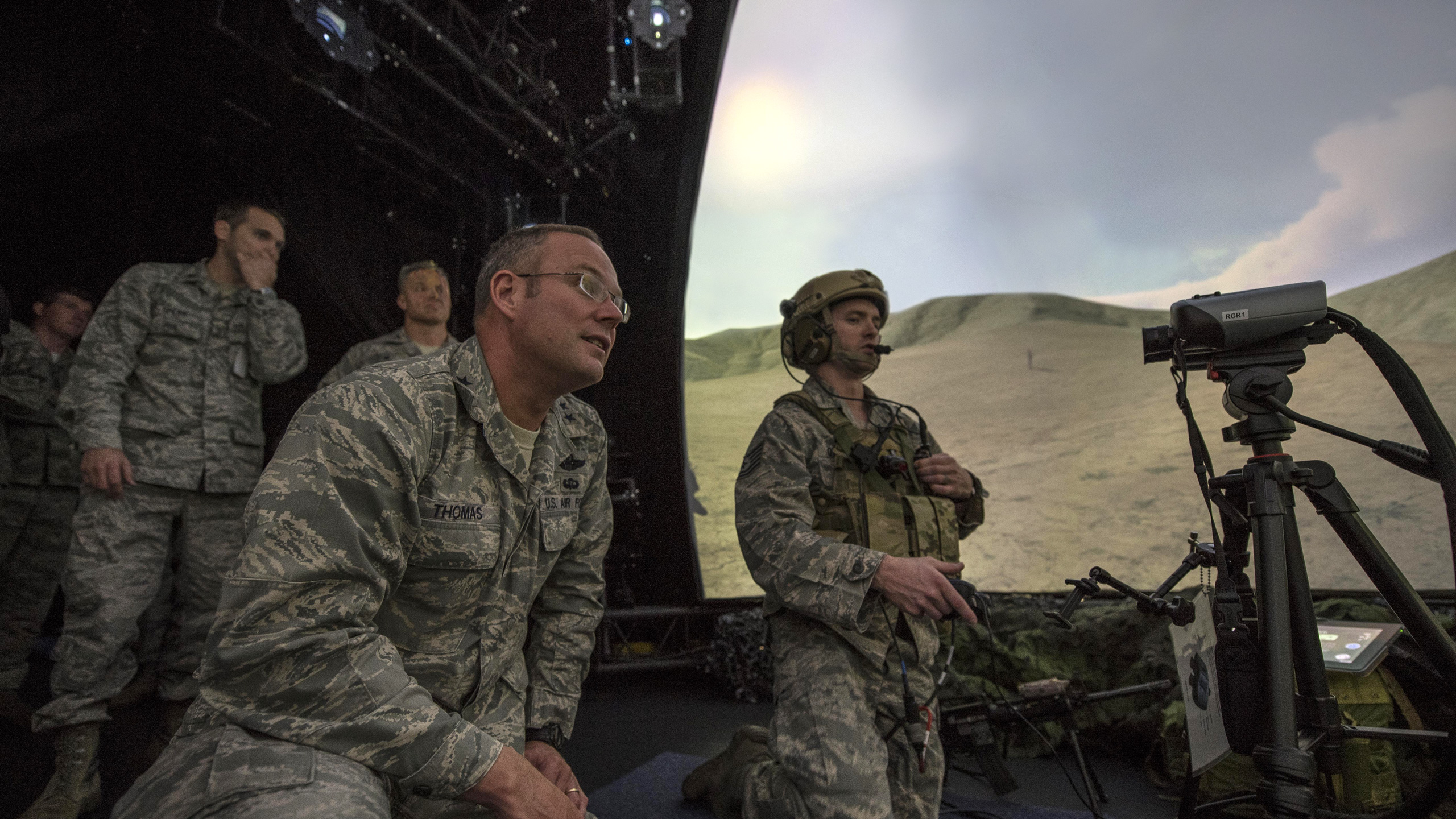 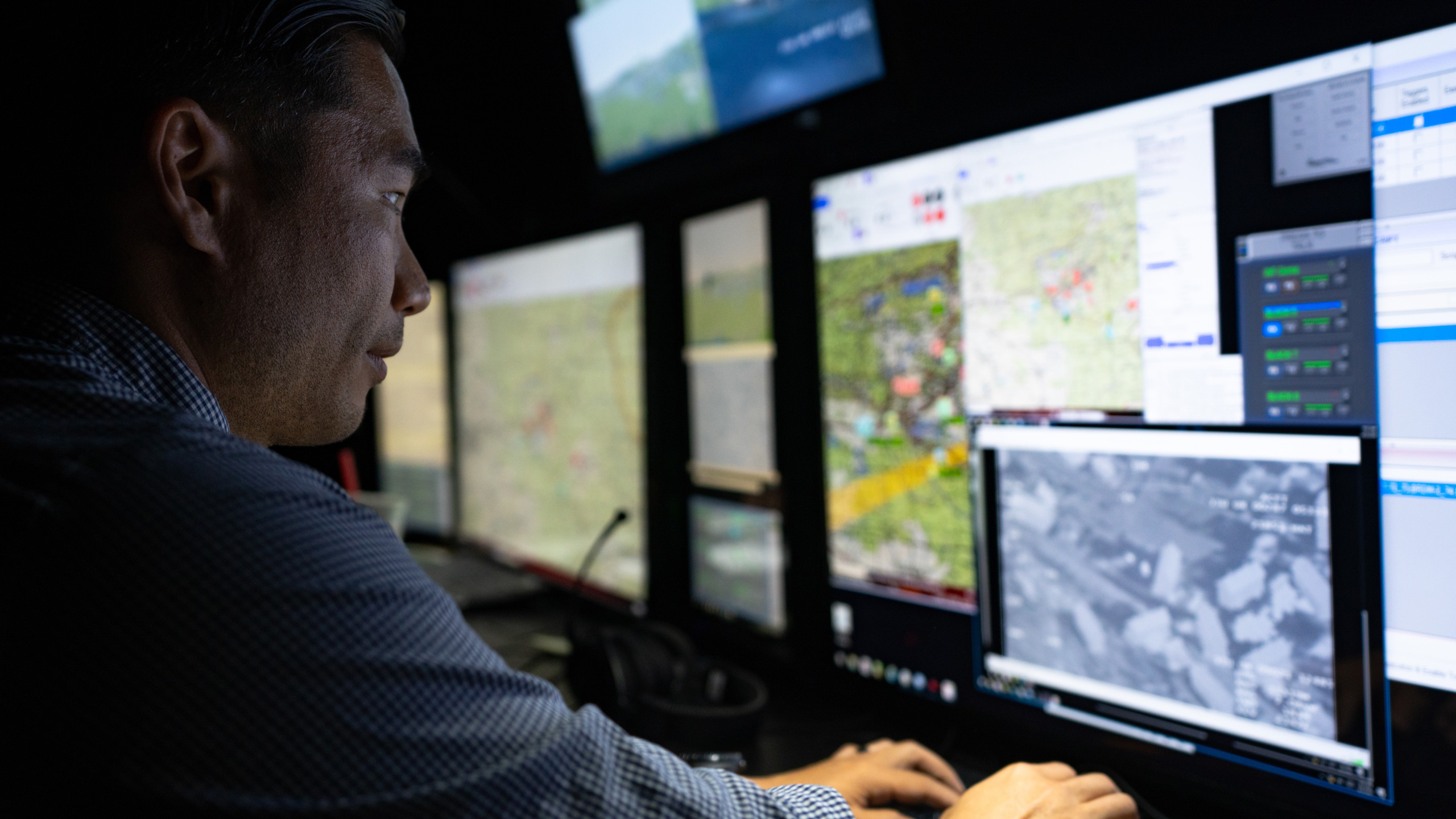 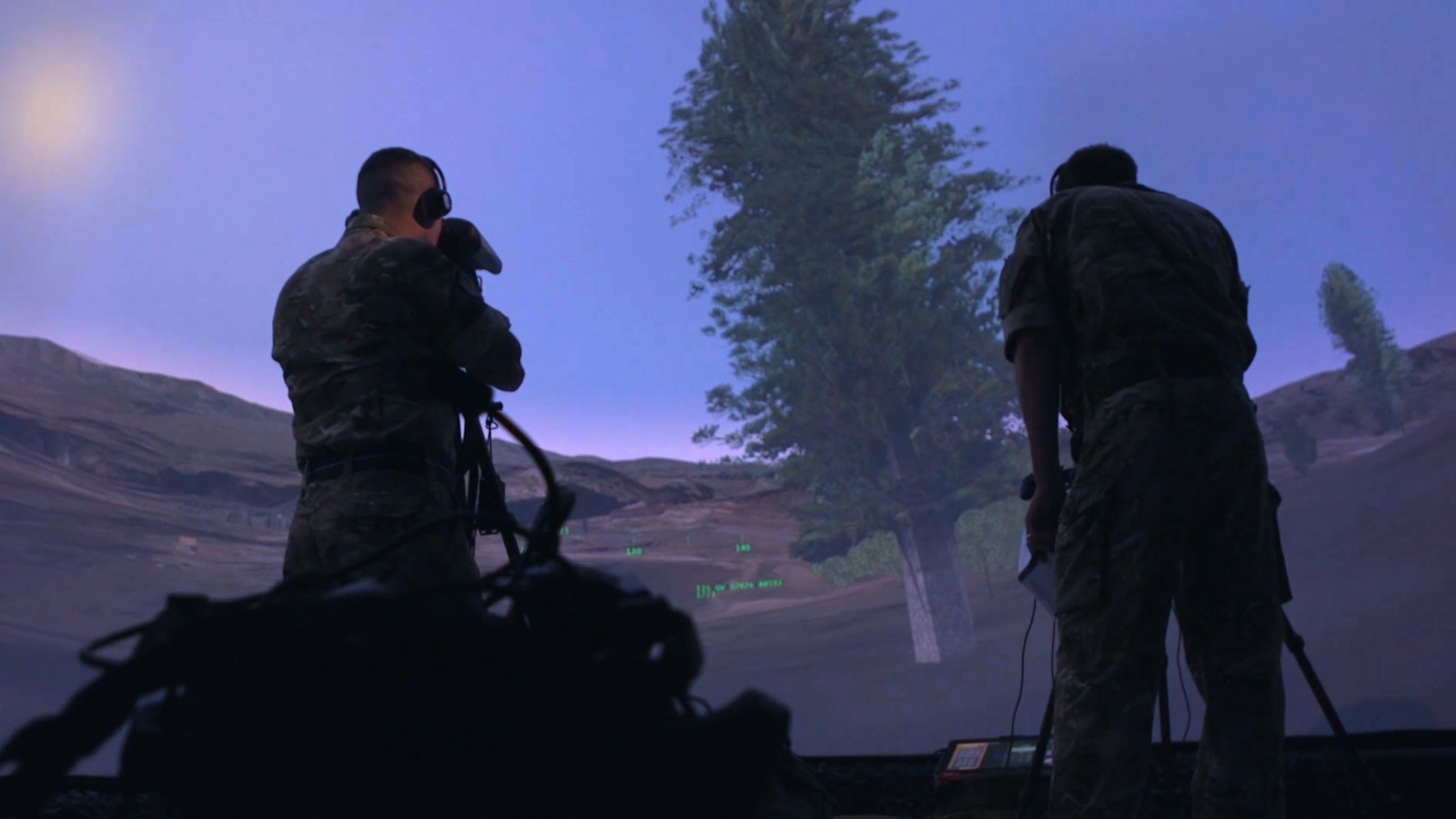 In addition to installations of this device across the US, the USAF Europe (USAFE) trains with JTC TRS installed at the Warrior Preparation Center at Einsiedlerhof Air Station, Germany. The simulator helps train service members and airmen in the USAFE-AFAFRICA theater in the tactics and procedures used for coordinating close air support missions from forward positions. The Warrior Preparation Center uses the dome simulator in large-scale exercises, such as the Spartan Eagle quarterly coalition event which includes JTACs in Europe as well as airmen stationed in the US. The USAFE at WPC has long used MVRsimulation visuals in JTAC, F-16, remotely piloted aircraft (RPAs), and other training missions. 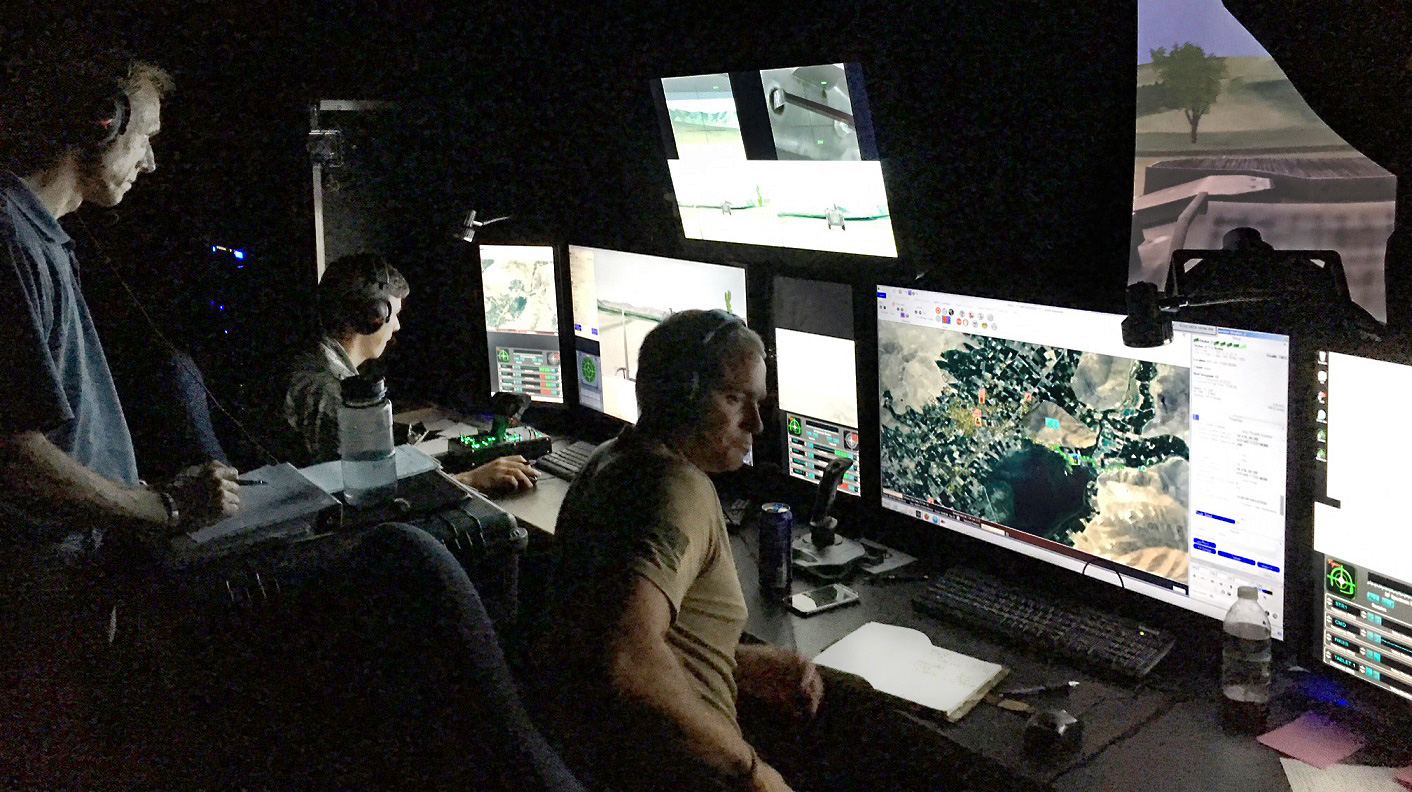