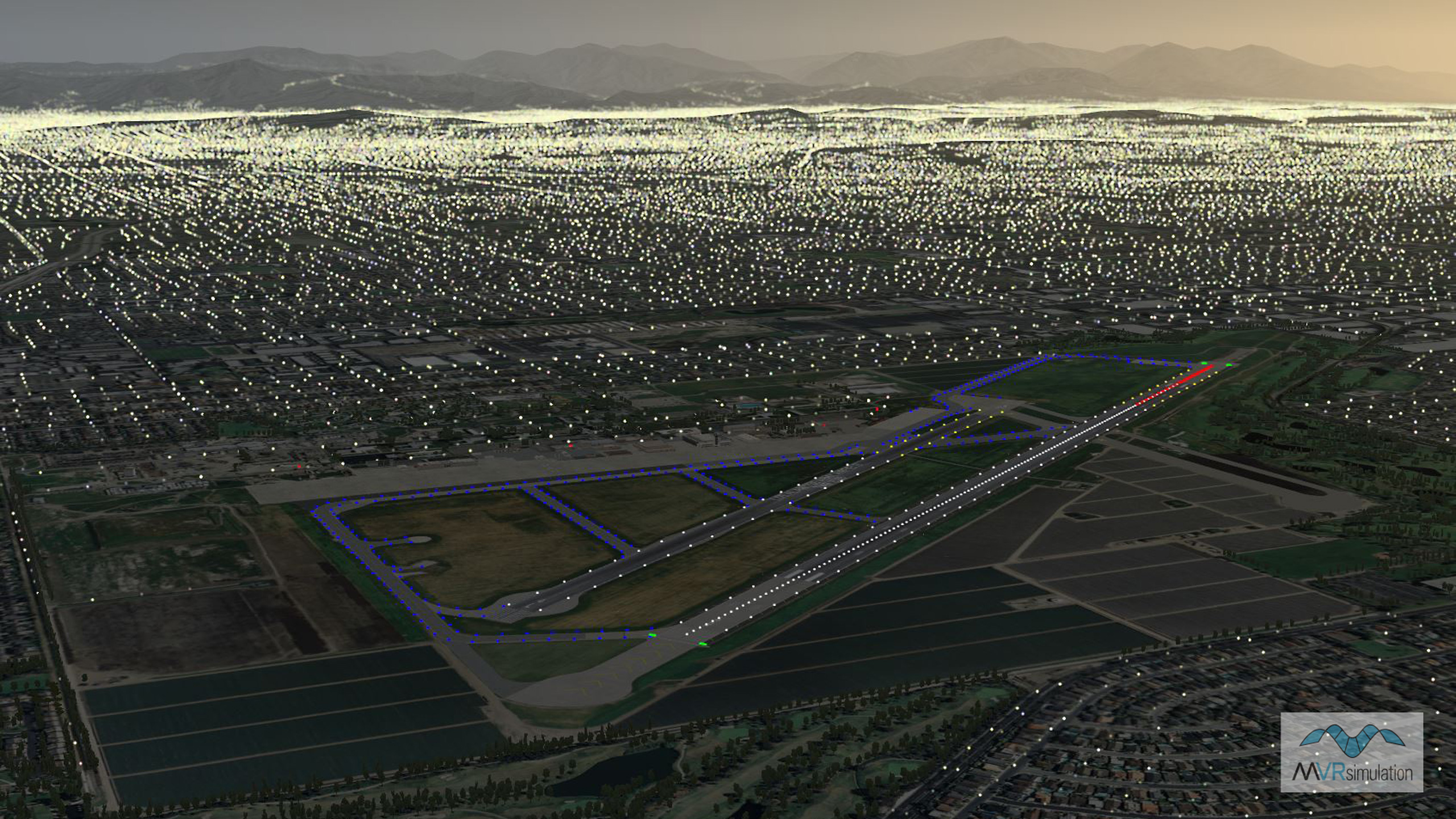 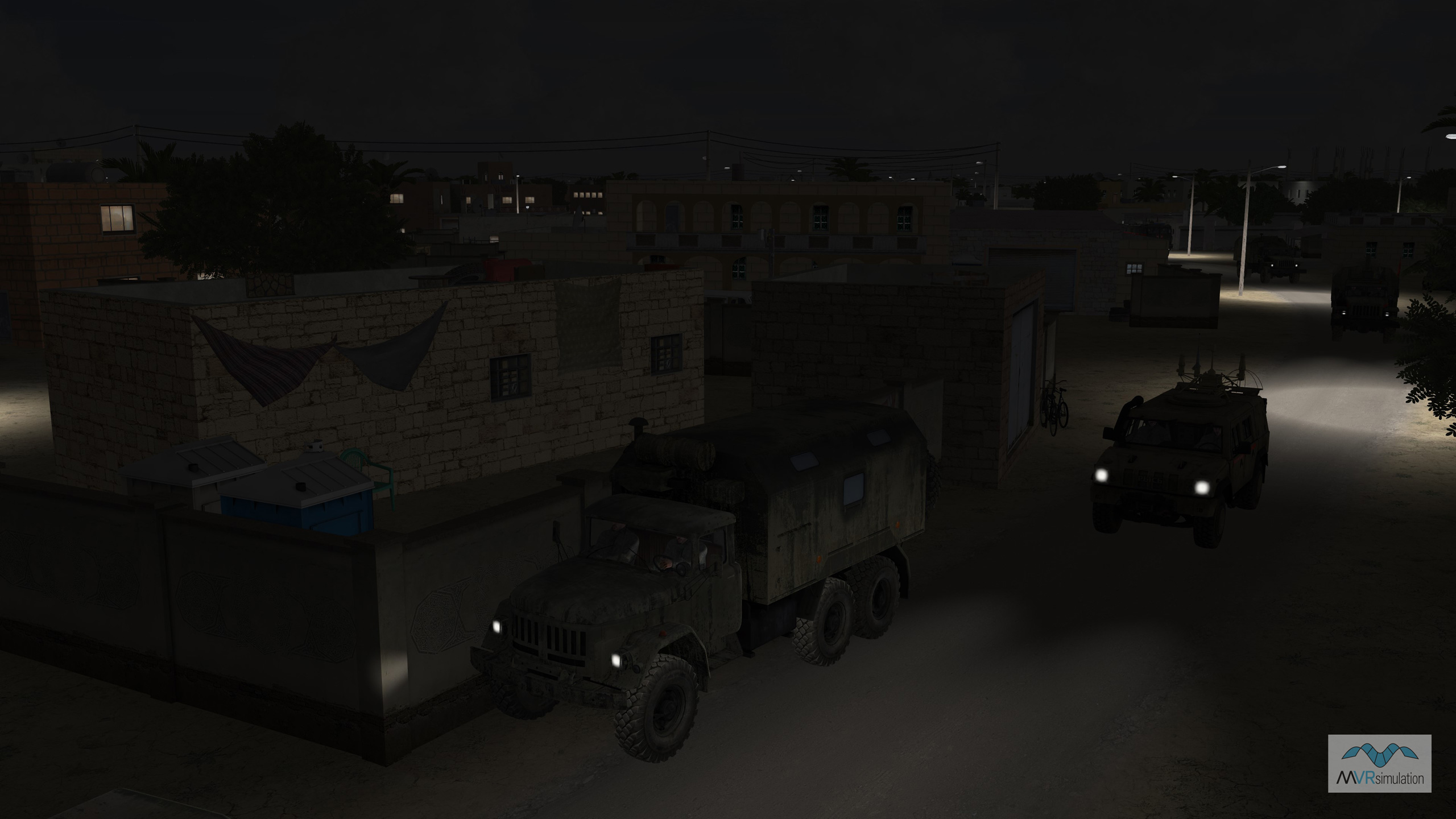 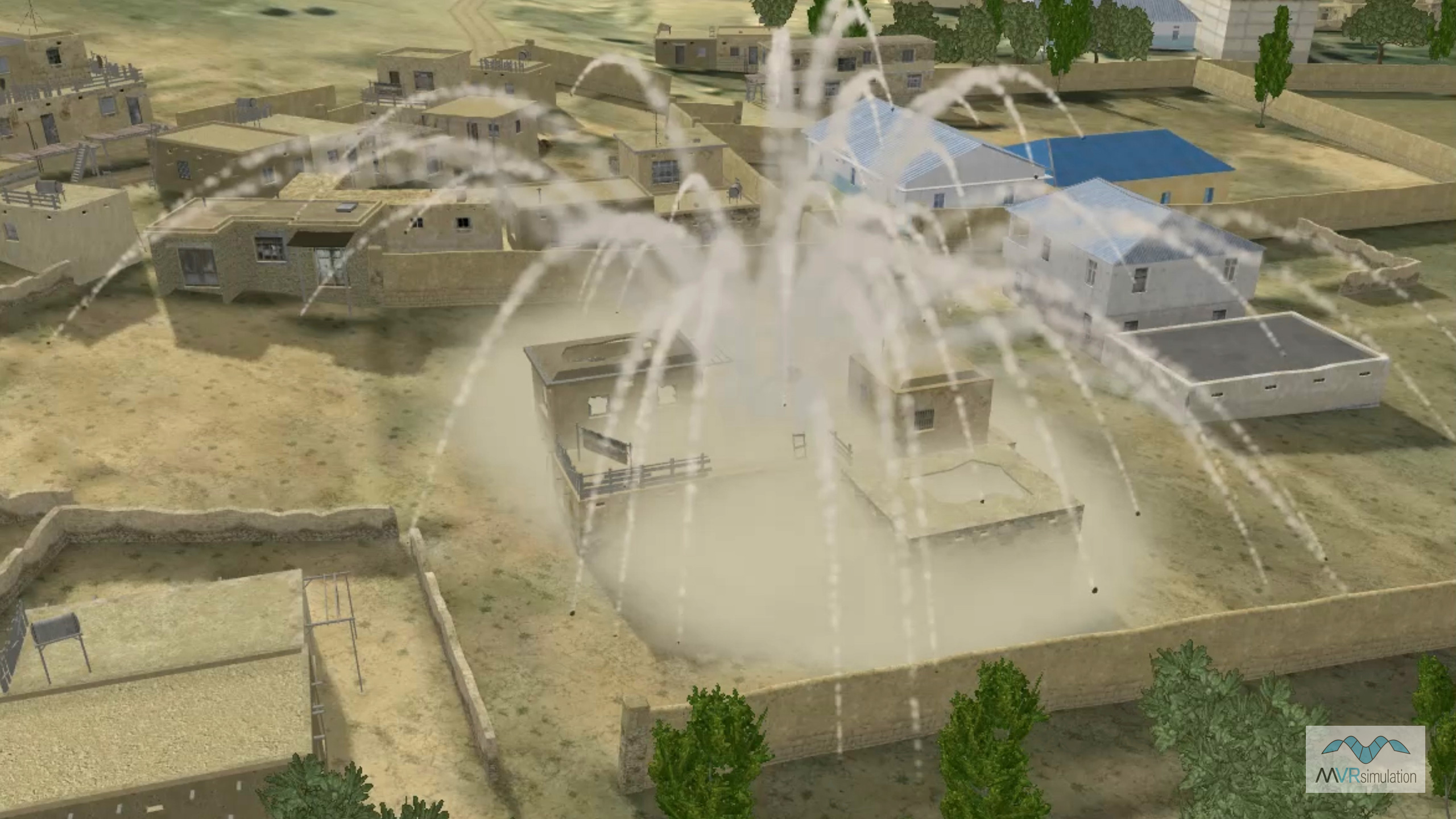 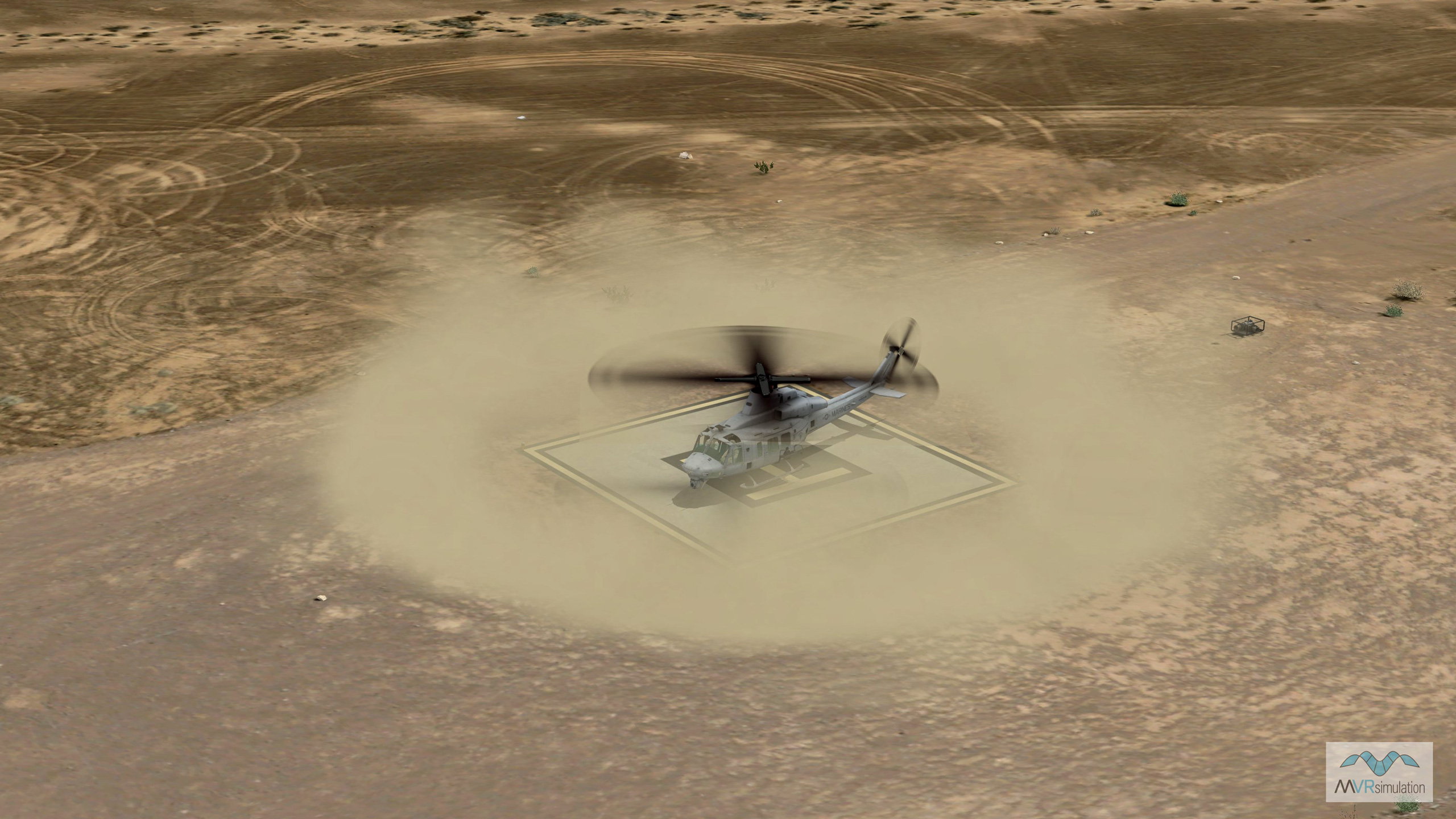 VRSG renders shadows dynamically for static culture and dynamic models and for clouds, based on the sun position. Shadows are cast on the ground, 3D oceans, objects on objects, and on the object on itself (self-shadowing).

Shadow options include the ability to optimize for quality (best for ground level scenarios) versus performance (best for flight simulation). 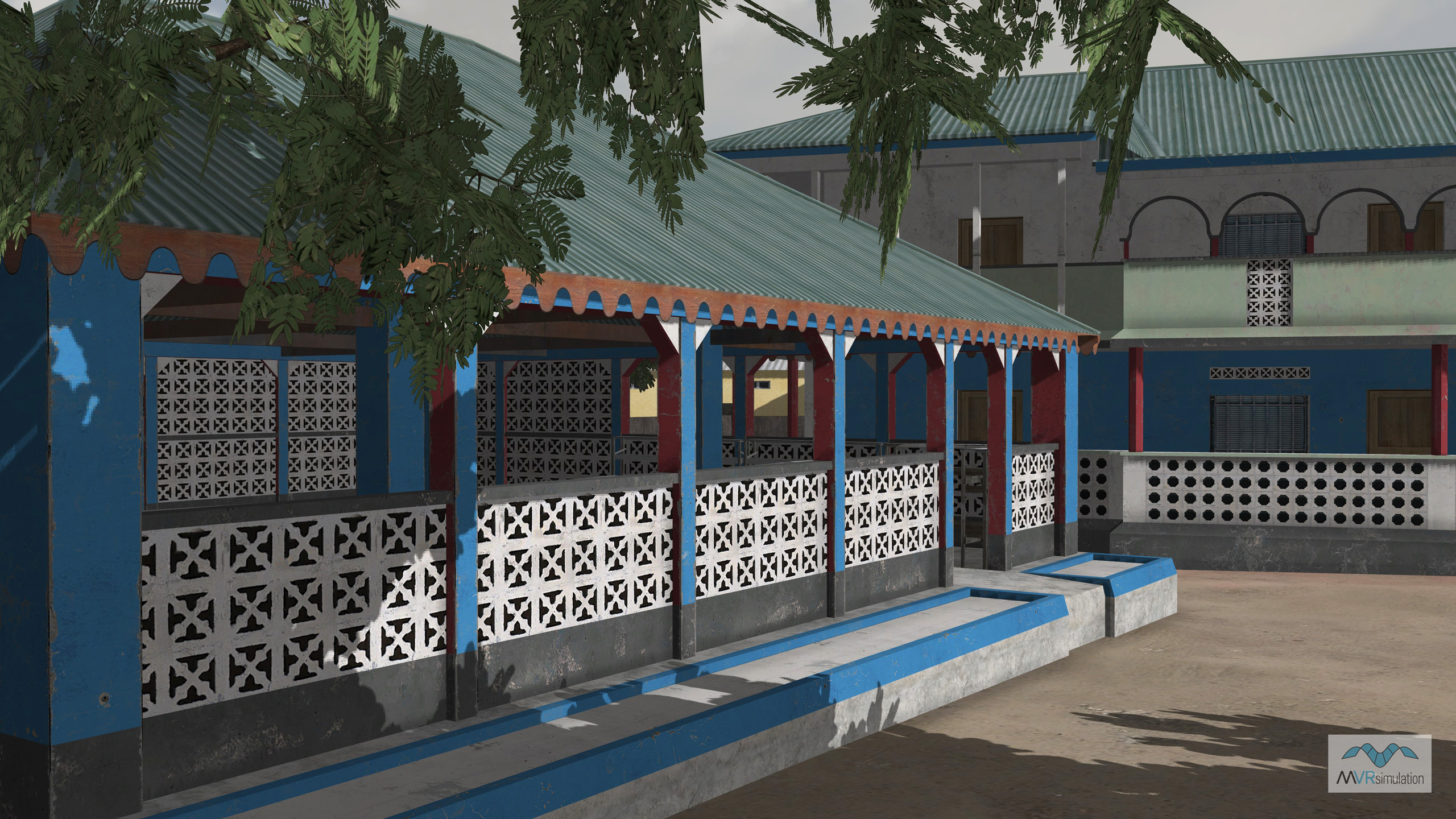 Example of VRSG's object-on-object shadows in this real-time scene of a facade detail from virtual Kismayo, Somalia, terrain. 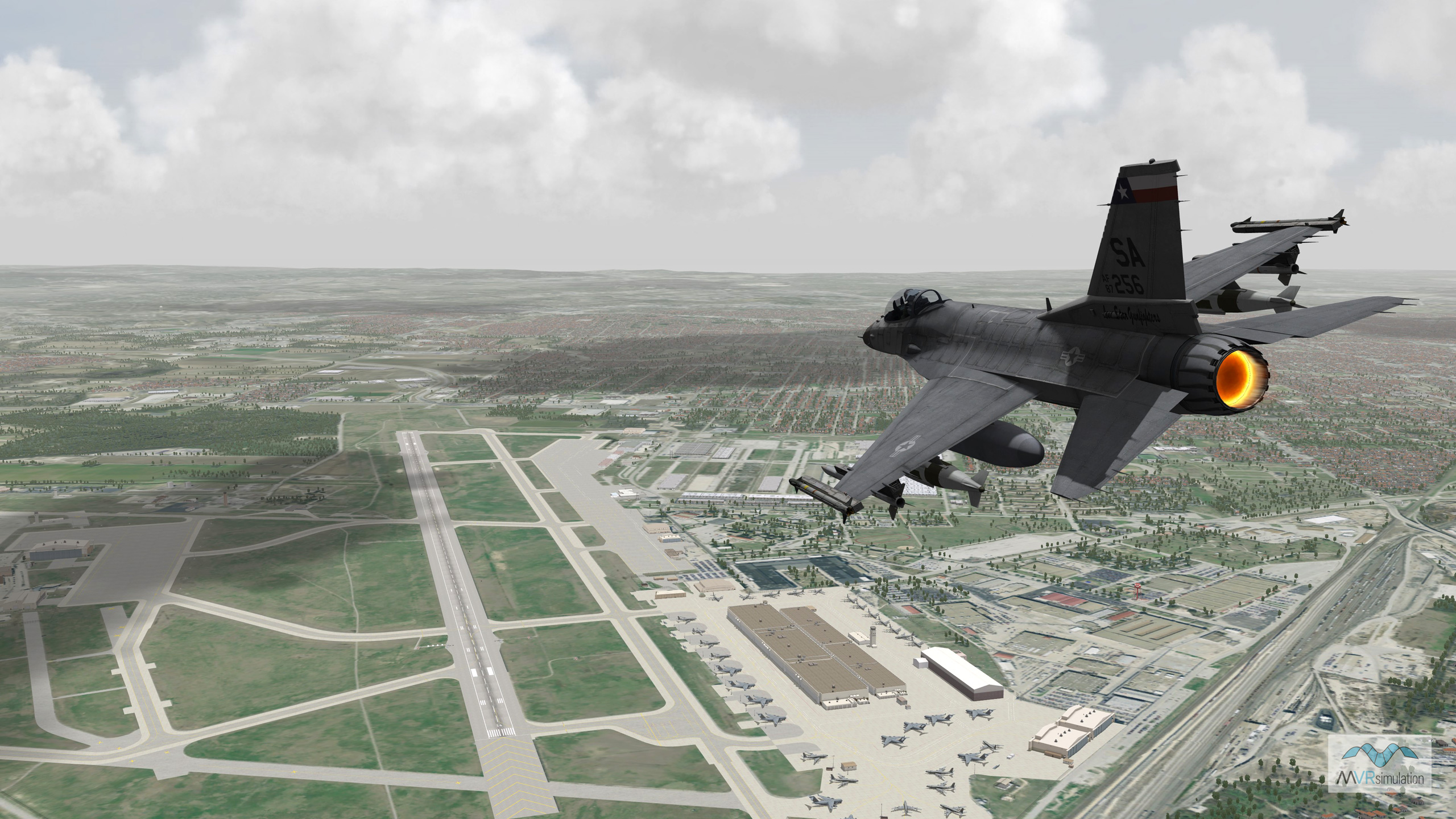 Example of shadows cast by clouds in this real-time VRSG scene of an F-16 entity in flight over virtual Kelly Field at Lackland Air Force Base.

Deformation of Terrain for Craters

VRSG can dynamically deform terrain surfaces to represent craters resulting from munitions impact. Users can associate various crater radius and depths with differing munition types. For a detonation event, VRSG can dynamically hyper-tessellate the local terrain surface to the degree needed to capture the crater's shape. The newly formed crater supports mission functions such as elevation lookups and intervisibility queries. In physics-based IR rendering, the crater appears hot, with incremental cooling over time, from the outer radius inward.

VRSG real-time scenes of textured and wireframe views of craters created from a particle effects explosion. The scenes are rendered on 2 cm per-pixel resolution virtual terrain of the Prospect Square area at the U.S. Army Yuma Proving Ground, AZ. The terrain was built with 2 cm imagery collected by MVRsimulation’s small data collection UAV.

VRSG can simulate a track or wheel impression to appear behind a tracked or wheeled vehicle entity -- or a footprint impression to appear behind a human entity -- in motion and follow the entity in motion. For most tracked and wheeled vehicles, VRSG can automatically determine the width and offset of the tracks by inspecting the model's geometry, and will use a generic track or wheel texture for the impression. Several textures are delivered with VRSG are that can be used for track, wheel, and footprint impressions. 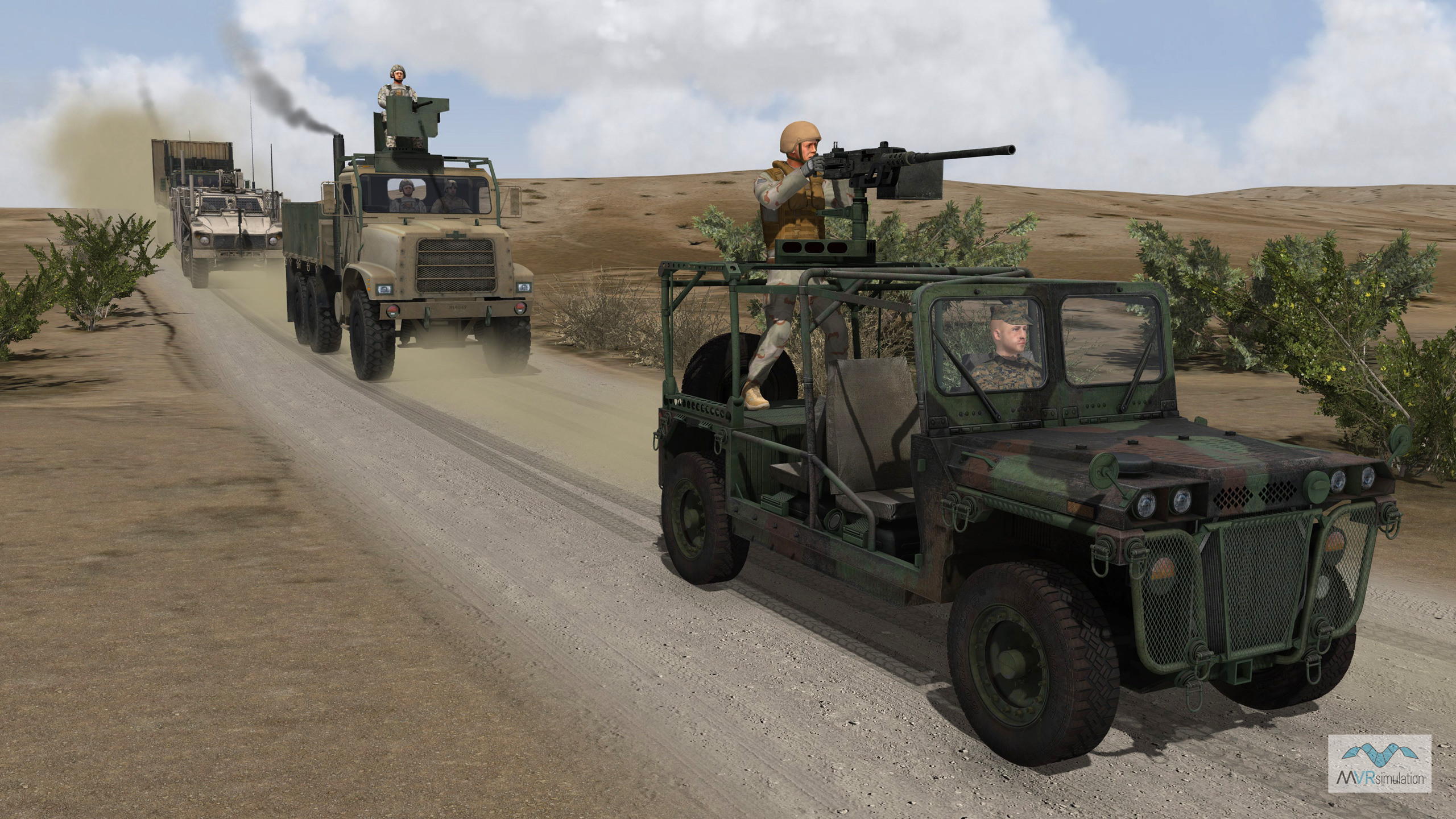 VRSG can render a wire-frame threat dome that represents the detection and lethal ranges of a Surface to Air Missile (SAM) or similar threat system. The threat dome can be dome or cylindrical shaped and associated with a DIS entity, or placed as a static model. 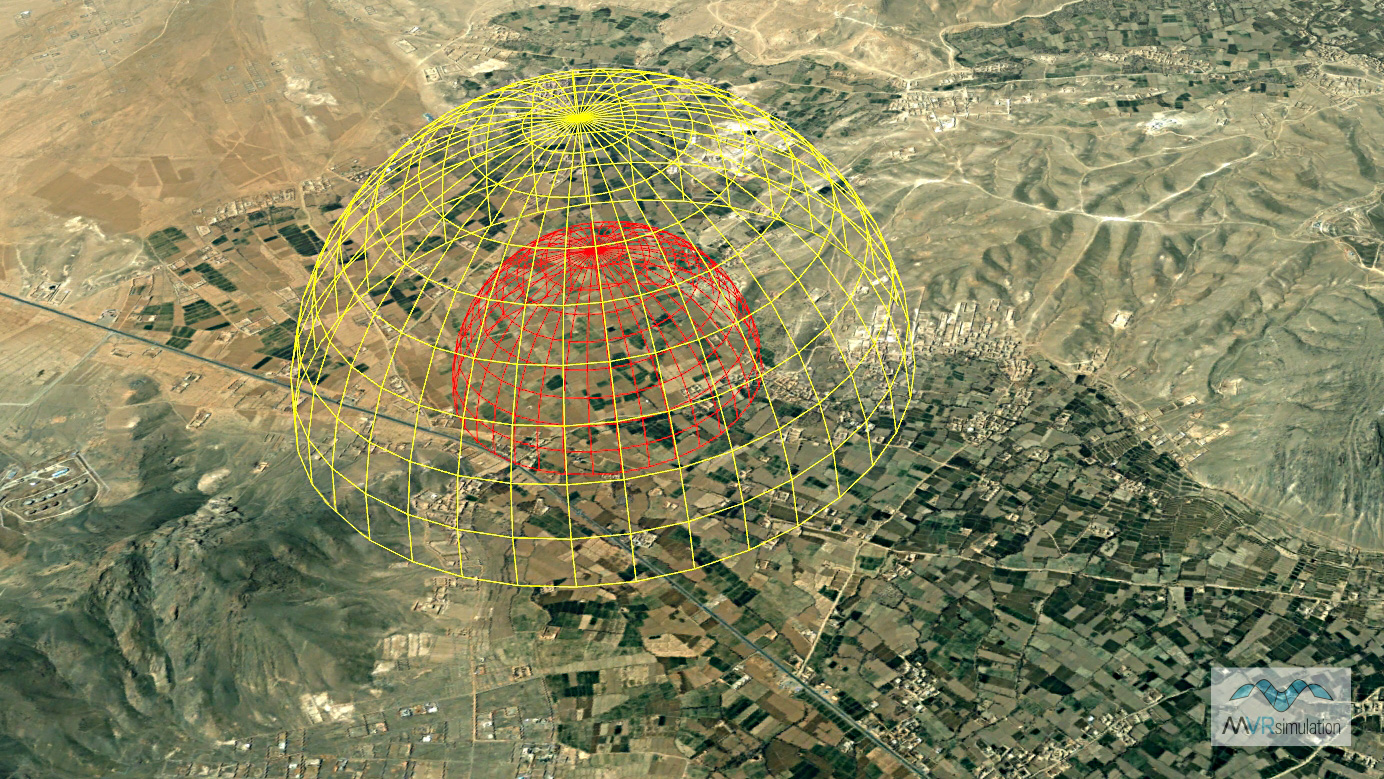