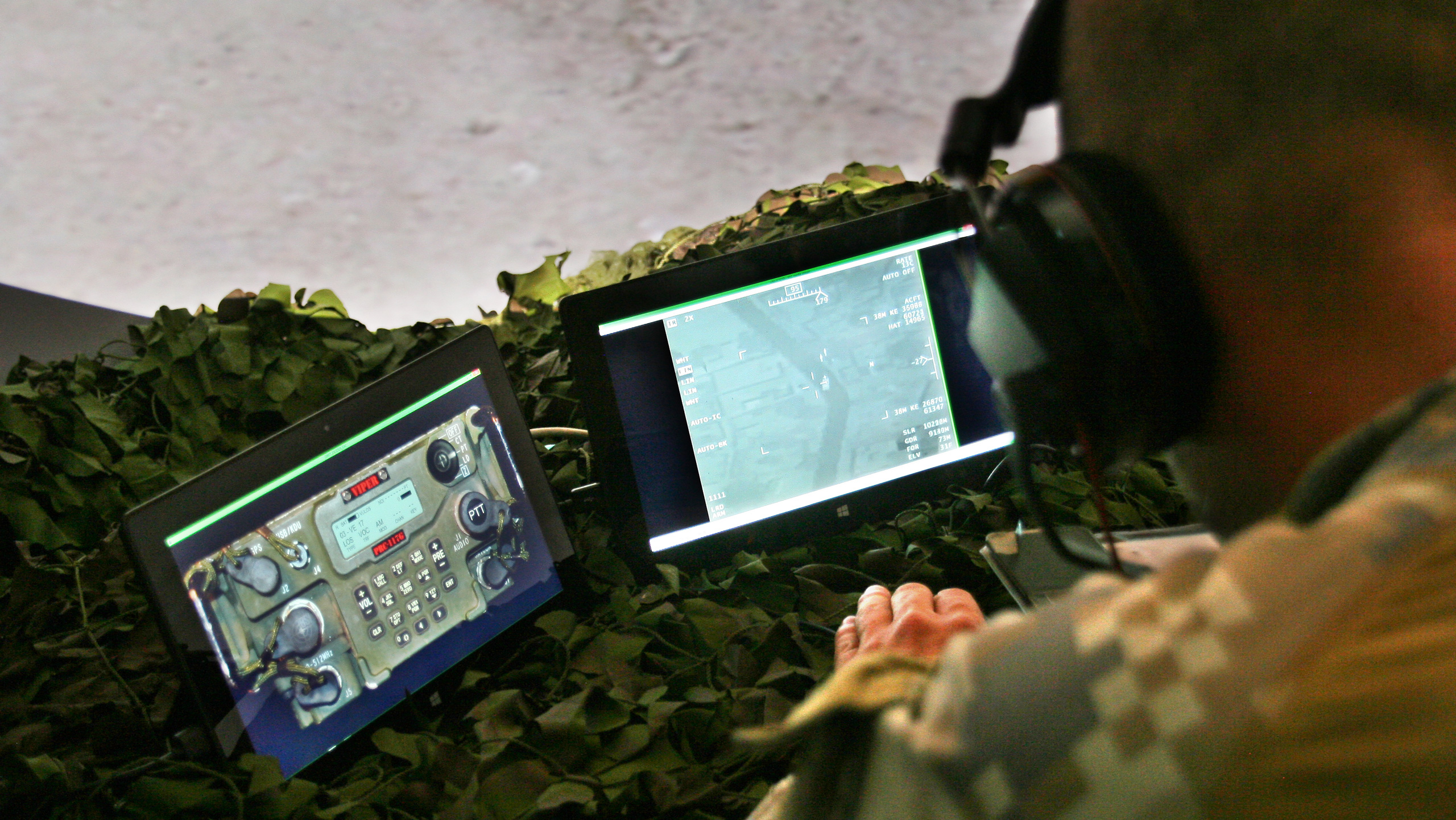 For fielding in joint tactical air controller (JTAC) simulation training facilities, MVRsimulation VRSG works with remotely operated video-enhanced receiver (ROVER) devices. When the device is coupled with MVRsimulation's 3D visualization technology, VRSG generates the simulated 3D scene and the range and coordinates of a designated target on the device's monitor.

The ROVER device is a remote operations video enhanced receiver that displays video feeds from multiple aircraft platforms. The ROVER device has been fielded since 2002 for directing airstrikes in Iraq and Afghanistan. During close air support (CAS) missions, the ROVER provides JTACs the identical time-sensitive streaming imagery of potential targets that is seen and transmitted by aircrew or unmanned aerial vehicle (UAV) operators. With shared situational awareness across data networks, JTACs, and others on the ground can view reconnaissance data in real time and collaborate on close air support with pilots overhead.

To set up the communication with the device in VRSG, on the VRSG Dashboard you simply set the output to network, set the IP address to that of the ROVER device, and set the port to the one the ROVER is configured to listen to.

VRSG’s recording feature simulates a plug-and-play video feed for applications such as the ROVER. VRSG can record a high quality and high performance MPEG encoded video stream in real time with support for KLV metadata encoding. VRSG supports a compliant subset of the NATO standard STANAG 4609 to include MISB 0601.1 or 0601.9 KLV metadata, and MISB security metadata standard 0104.5. By simply connecting the ROVER to VRSG to view the feed, you can record and stream the feed by setting up the Record Video tab on the VRSG Dashboard to stream the output to network, set the IP address to the IP address of the ROVER device, set the port to 1, and set the metadata format to ST 0601.1, 0601.9, or MISB 0104.5.

Views of VRSG's simulated UAV feed on a ROVER: EO day camera (left), IR white hot, and IR black hot. These views provide the ability to have Laser Spot tracker/search, IR pointer, and the ability to transmit the downlink to the JTAC.

The following video shows MVRsimulation VRSG's simulated UAS feed with KLV metadata through an emulated ROVER; structurally it looks like the real UAS feed. The video cycles through different visual spectrums and shows how VRSG can simulate and the symbology of different types of targeting PODs. The video also shows that the UAS feed can be received via downlink to a ground station like a ROVER. 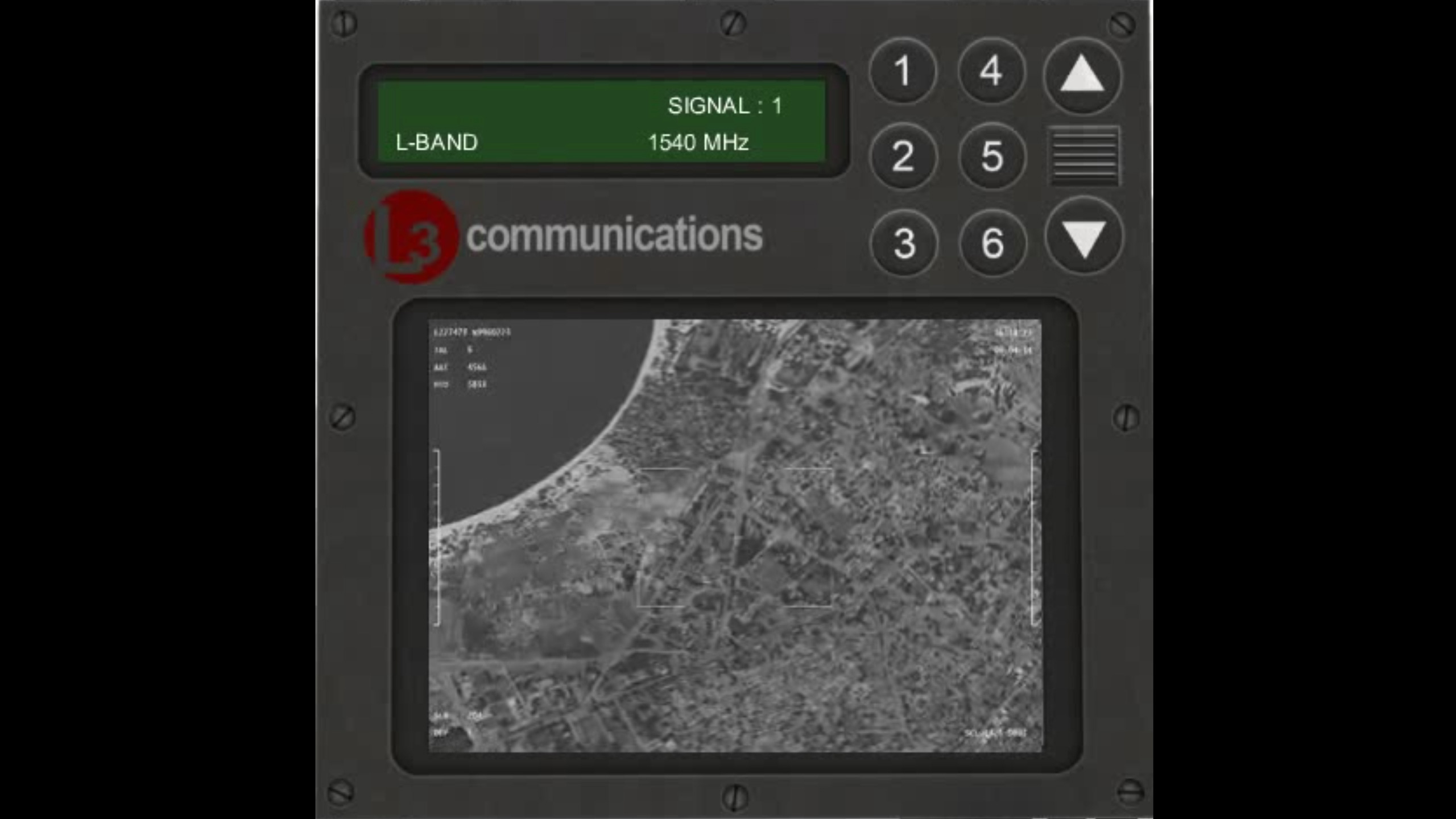 Some long-haul networked environments do not have the bandwidth to handle the streaming of digital video. In such cases, a site can set up a UAV regeneration station, which is a local VRSG computer configured to reproduce the UAV video of a remote VRSG computer. A given VRSG in UAV master mode can transmit telemetry packets to a remote VRSG in UAV client mode, where, in turn, the remote VRSG reproduces the same picture. The bandwidth required to send the telemetry is a small fraction of the bandwidth required for digital video, and is suitable for the modest bandwidth of long-haul networks. The local VRSG can be configured to generate H.264 streaming digital video, which would be constrained to the local area network for the purposes of stimulating ROVER devices or other tactical displays. The video reproduced by the local VRSG regeneration station can be configured to transmit digital video to one or more local video players (such as a ROVER, GV, or VLC).

Available for several years running on a laptop computer with an external antenna and carried by infantry in backpacks, ROVER technology is also available in a handheld receiver that can fit in a cargo pocket.