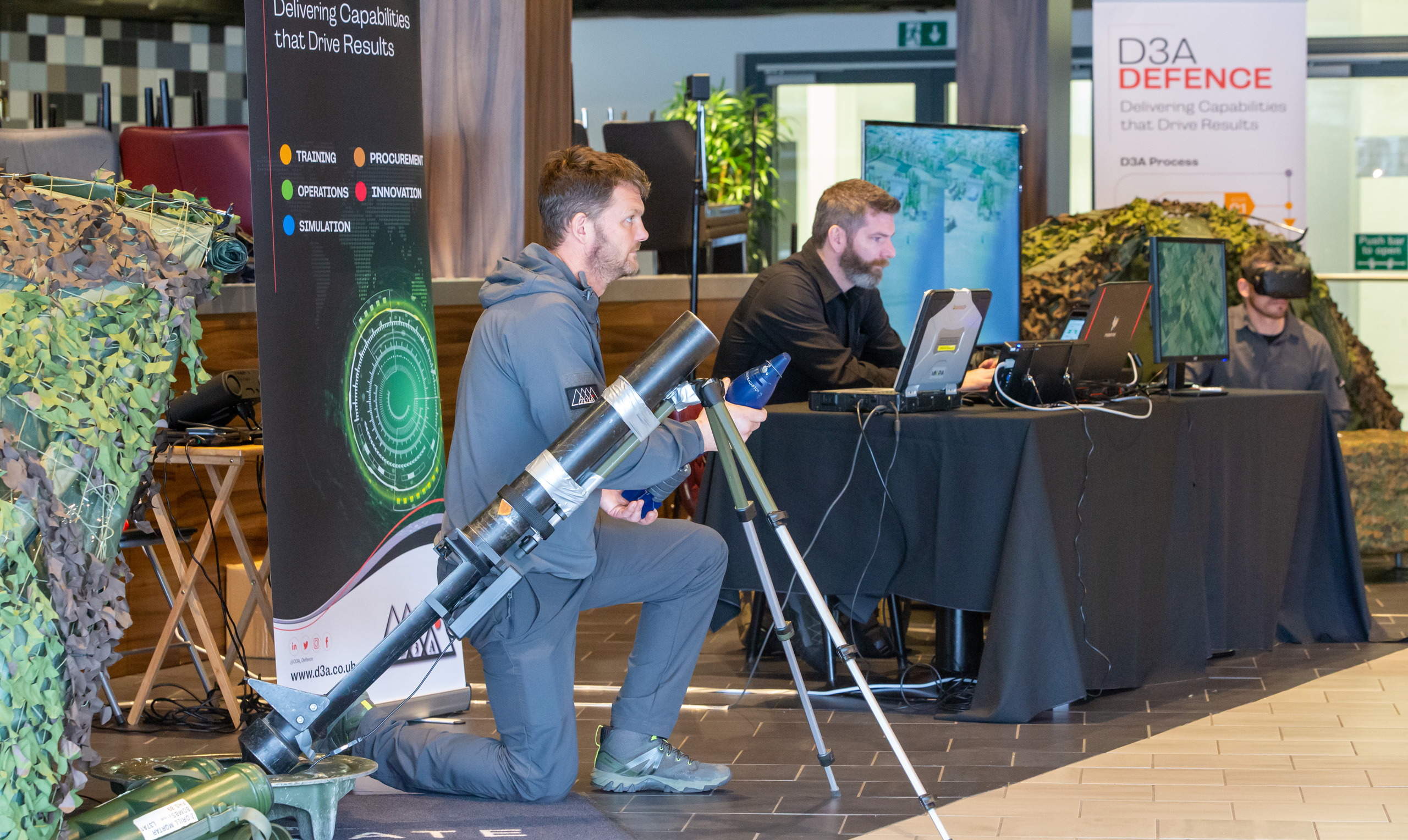 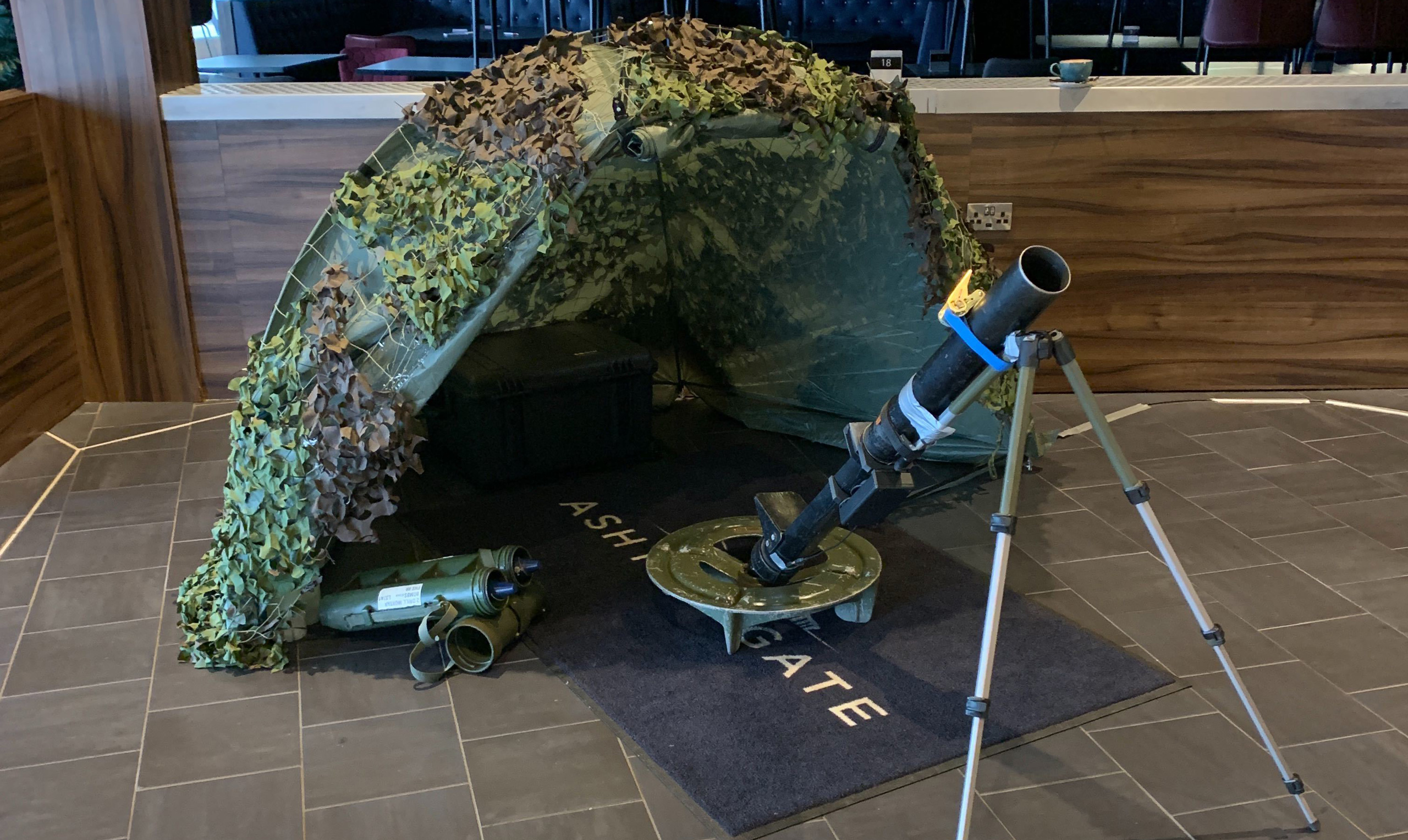 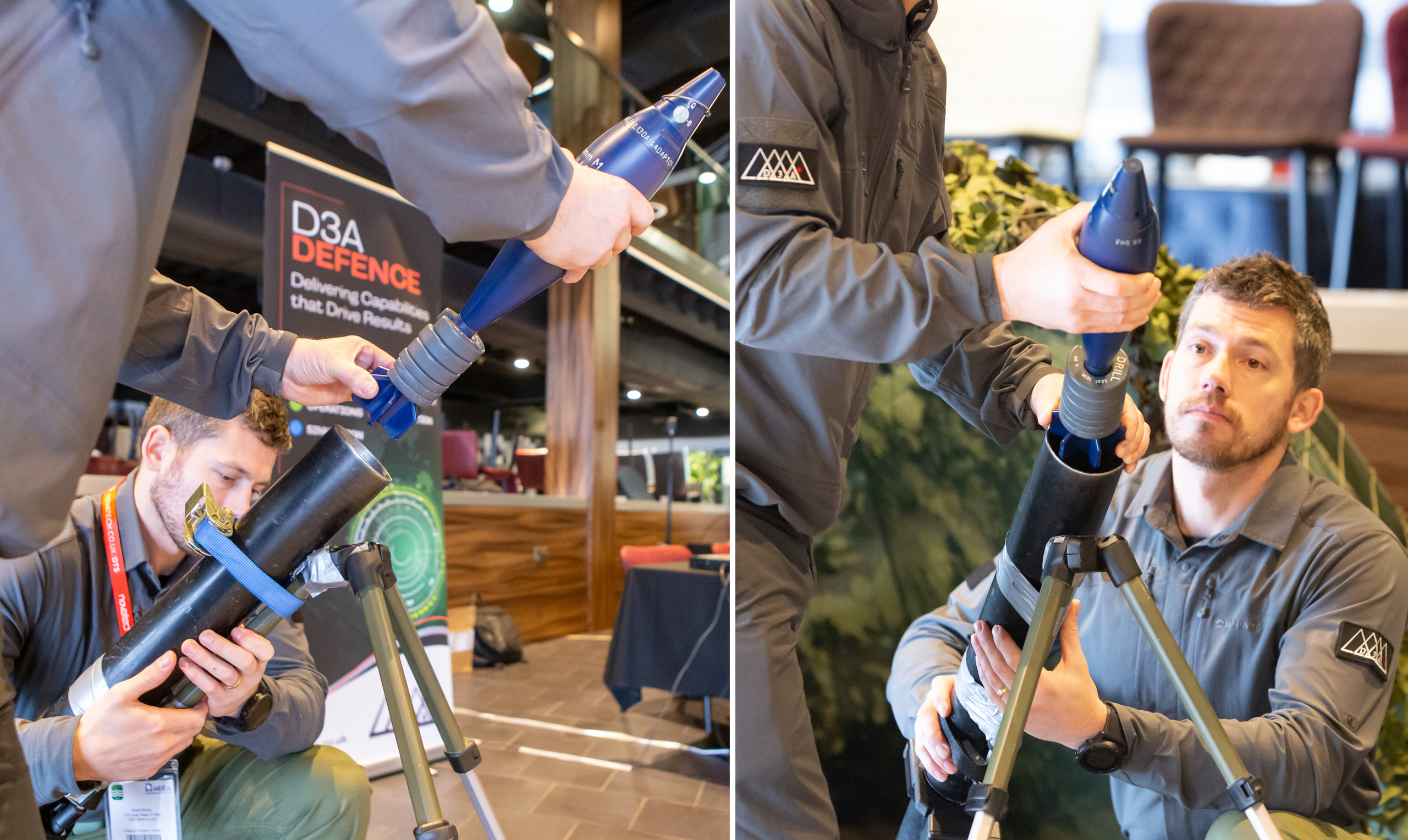 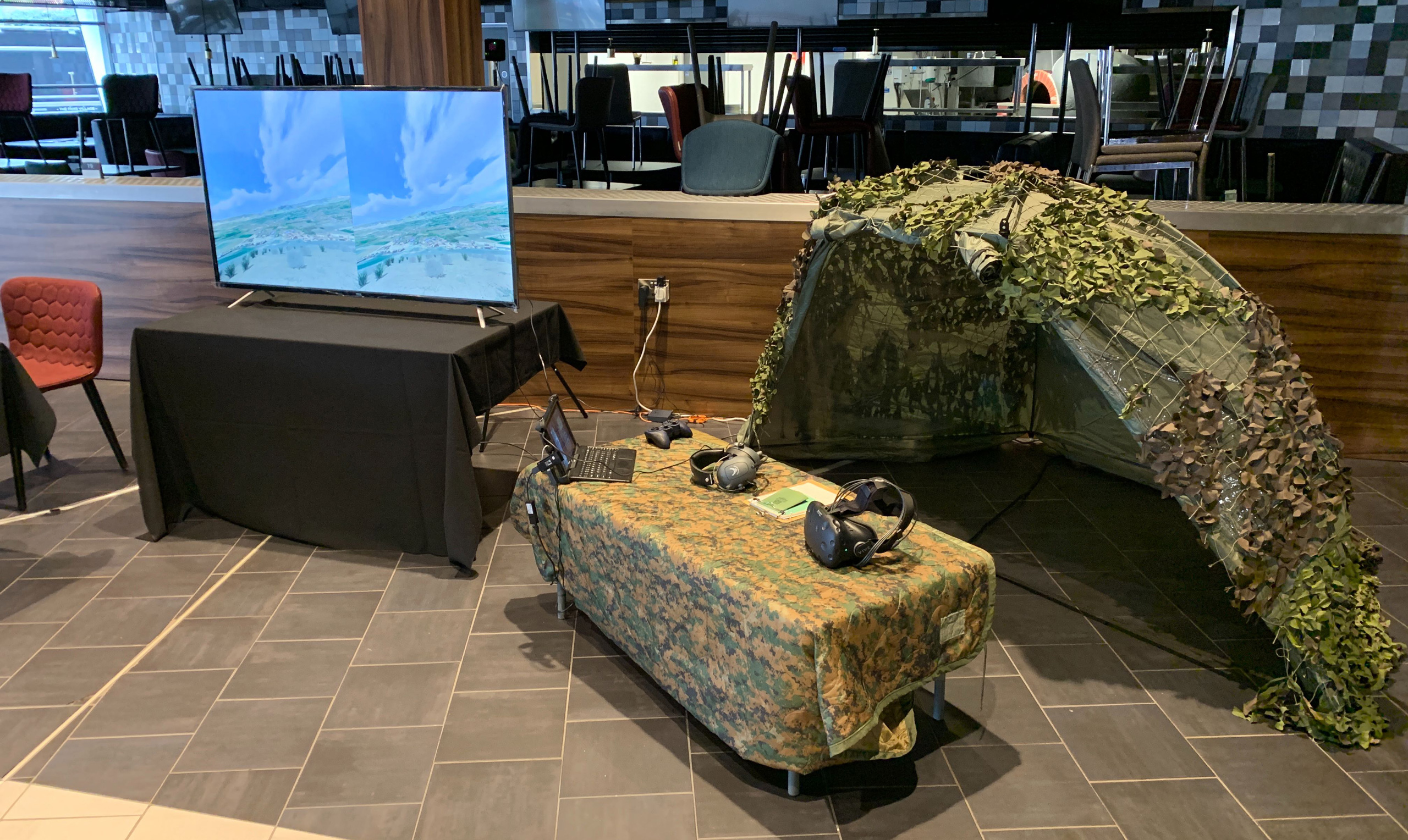 Forward observer station of D3A's virtual training system concept for mortar operations, at DSET 2020. The concept demonstrator includes MVRsimulation visuals and 3D content. The VRSG scene on the flat screen shows what the observer sees in the VR headset. (Photo courtesy of D3A.) 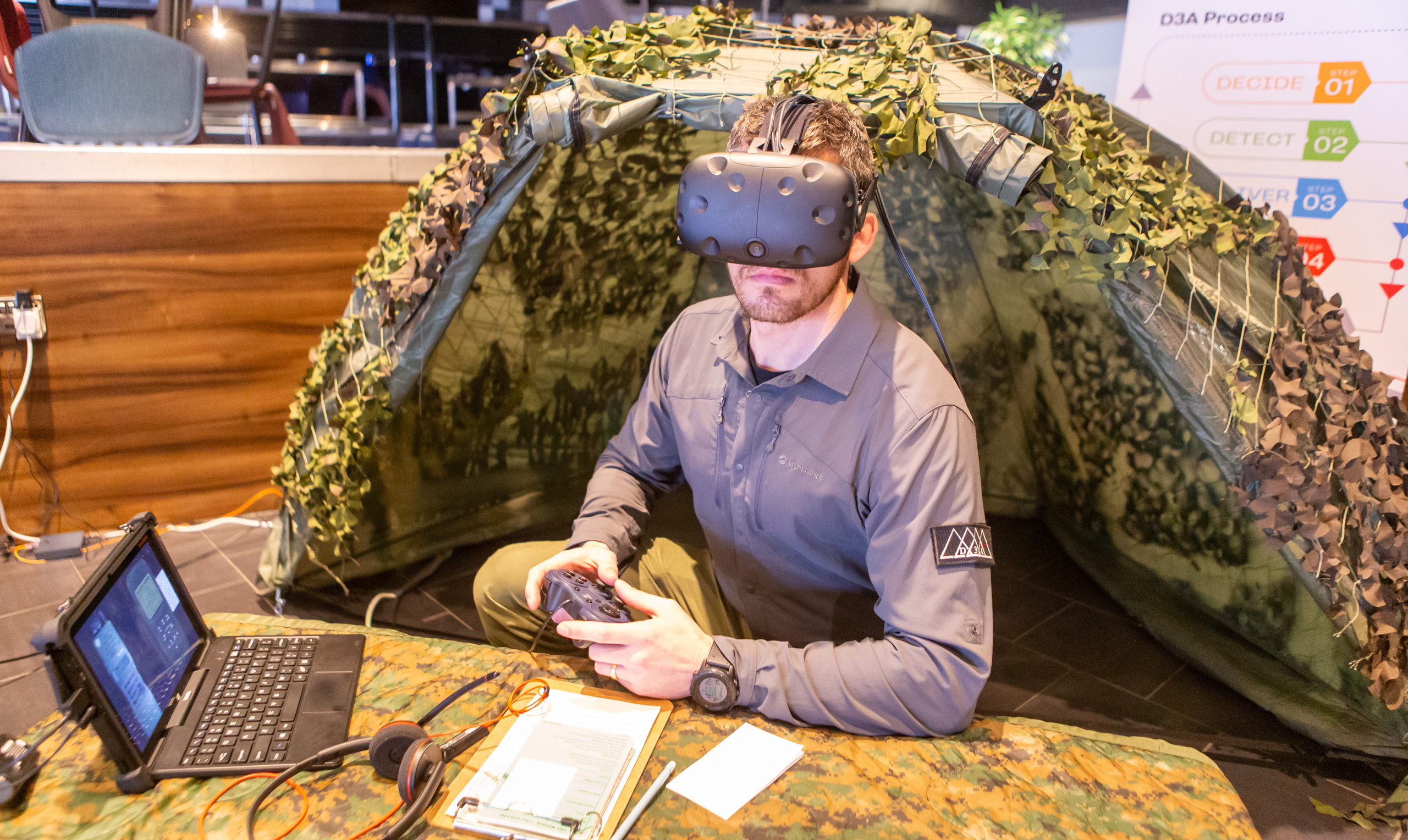 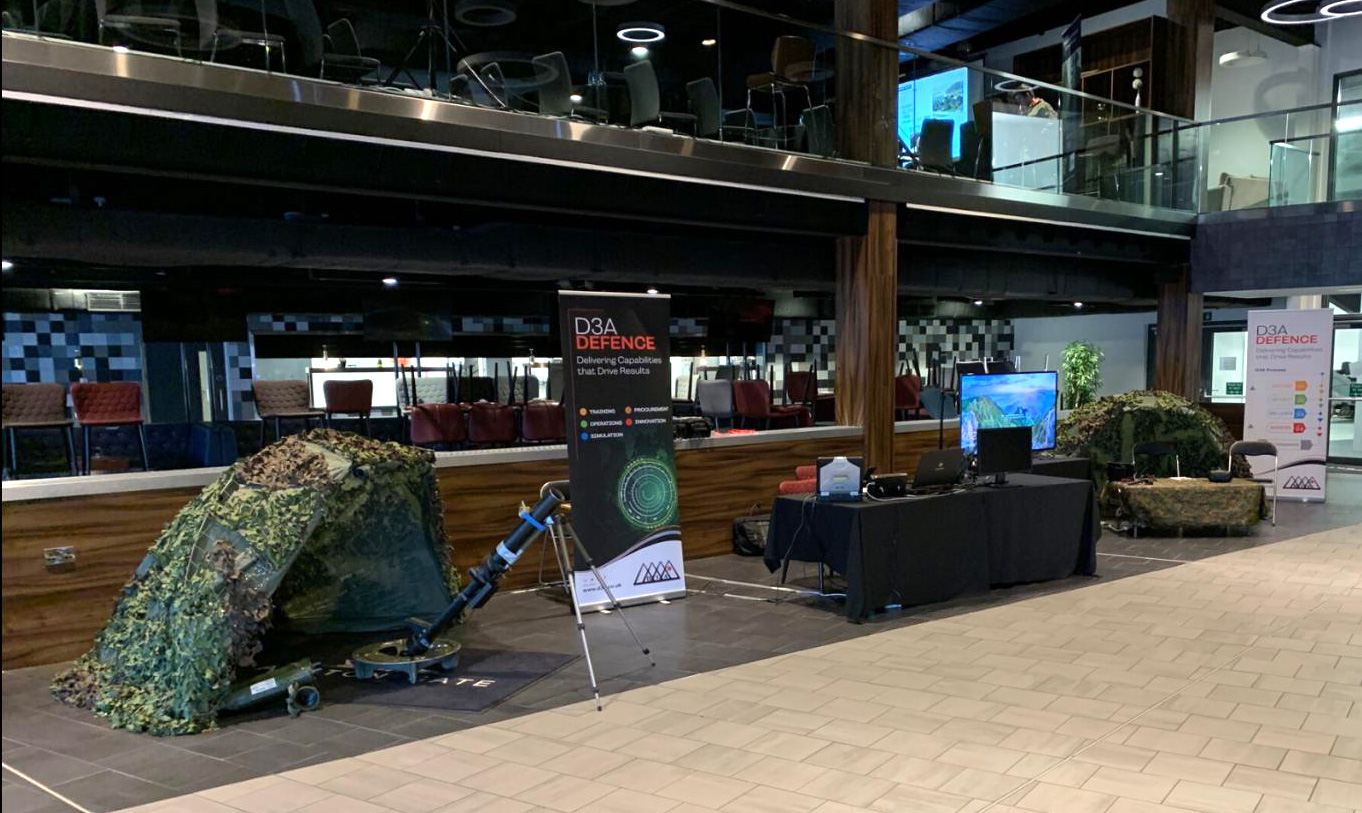 An industry team led by D3A Defence and including MVRsimulation, Battlespace Simulations, and Minerva Simulation & Training demonstrated a "bring your own mortar" end-to-end virtual training system concept for mortar operations at the DSET conference in Bristol, UK, on March 10-11, 2020.

This training system concept demonstrated the power of distributed roleplay in a virtual reality training environment with computer-based training solutions that are easy to use and quick to deploy. Demonstrations of the system were conducted on the D3A stand (on the ground floor in the sports bar area) throughout the event.

The concept demonstrator consisted of three networked training stations for:

Designed to enable flexible, quick-deploy training capabilities for mortar operations, the solution can be packed and transported in a single two-person portable ruggedized case, with all the equipment needed to set-up and run training scenarios within minutes. The live mortar system can be fulfilled with any 81mm mortar weapon of the customer’s choosing.

Scott Winter, Chief Technology Officer & Head of IRaD, D3A Defence, gave a presentation on the system during Day 2 of the conference, describing the system and its advantages.