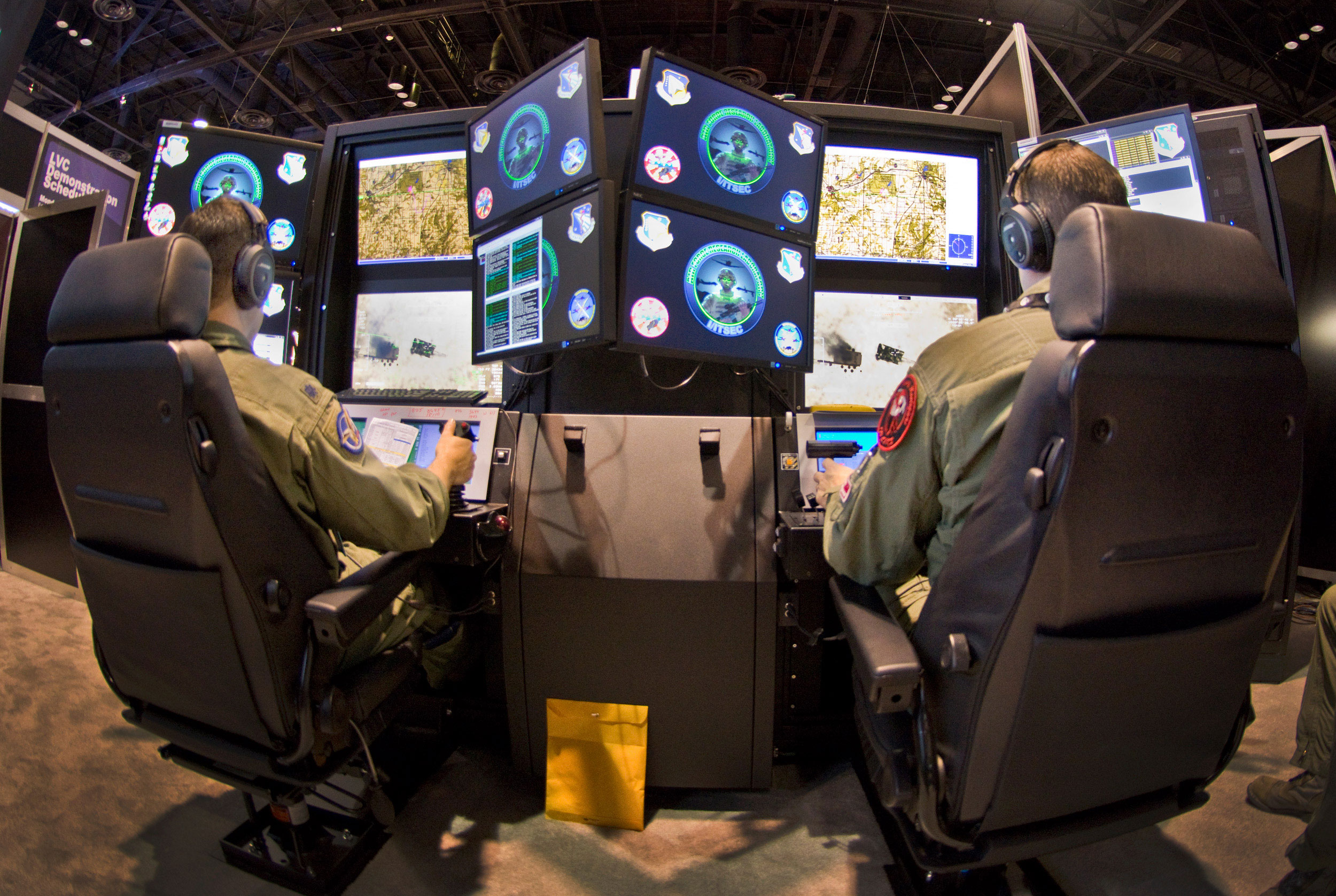 One aspect of training UAS operators entails interacting with JTACs in joint mission training. Training together in a networked synthetic environment, the UAS operator and the JTAC on the ground work together to identify the same target in a scene.

Close air support (CAS) training missions that are run in their three JTAC dome systems now include an AFRL-developed Predator training-research simulator, called the Predator Research Integrated Network Combat Environment (PRINCE). PRINCE is a high fidelity, networkable MQ-1 and MQ-9 Remotely Piloted Aircraft (RPA) simulator, which serves as an R&D tactical simulator for Predator pilots and sensor operators. As part of AFRL’s research in human performance methods and technologies that provide the warfighter the necessary knowledge and skill to dominate their operational environment, the objective of the PRINCE research program is to meet known training gaps in UAV tactical operations such as JTAC integration.

VRSG is currently integrated as the simulator's IG for cross-training with the JTAC dome systems. PRINCE team members use VRSG Scenario Editor to populate the 3D terrain with culture (such as building up dense urban areas) and for creating pattern-of-life scenarios. As an example, the PRINCE can take part in a CAS training mission that includes a convoy overwatch with enemy targets in the area; VRSG generates the simulated MQ-1 camera feed that appears on both the ground control station monitor and a video receiving device (ATAK or ROVER) used by the JTAC.

In an unrelated AFRL UAS project, VRSG has also been used for sensor simulation in the Vigilant Spirit Control Station package for several years.