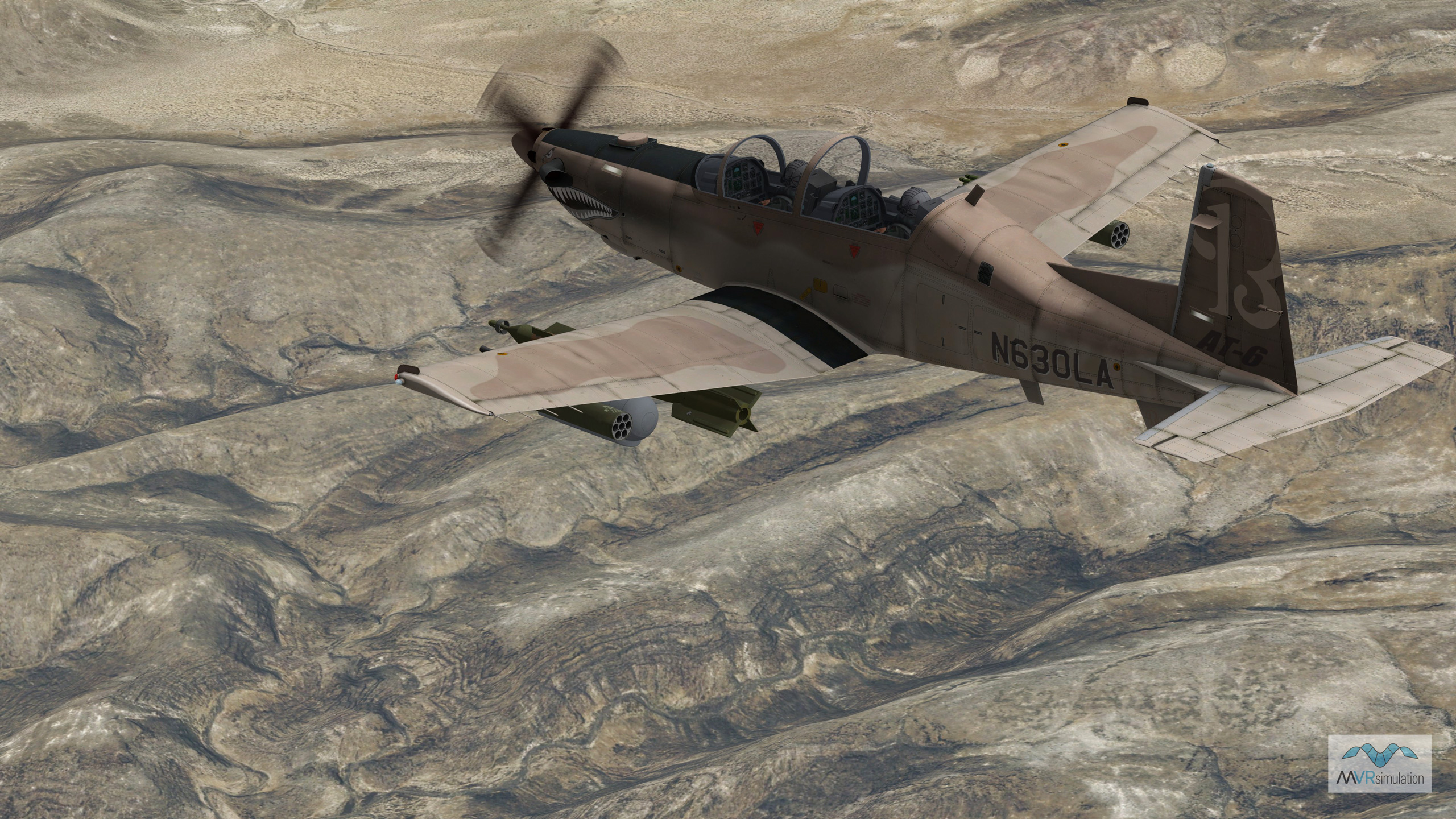 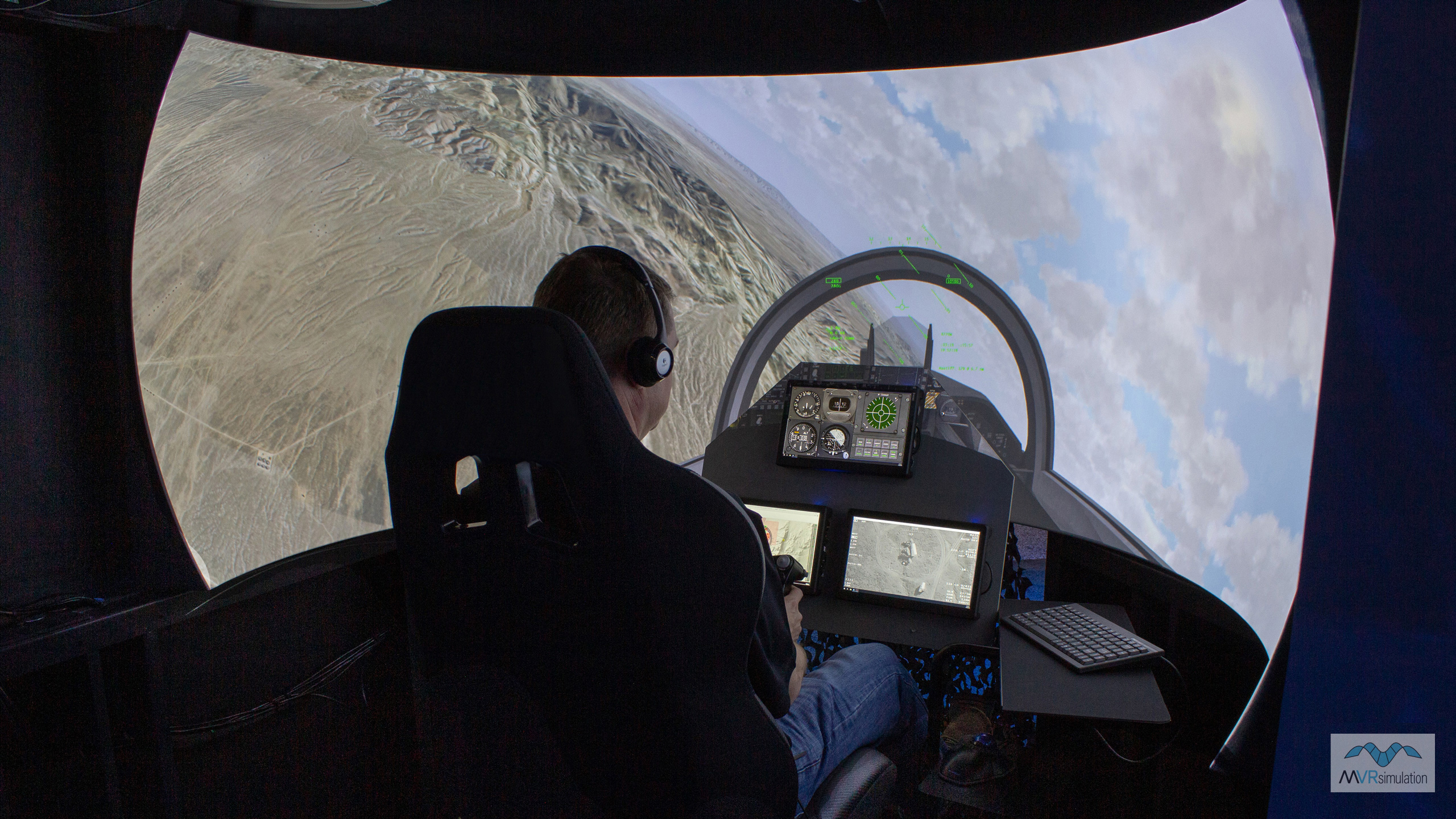 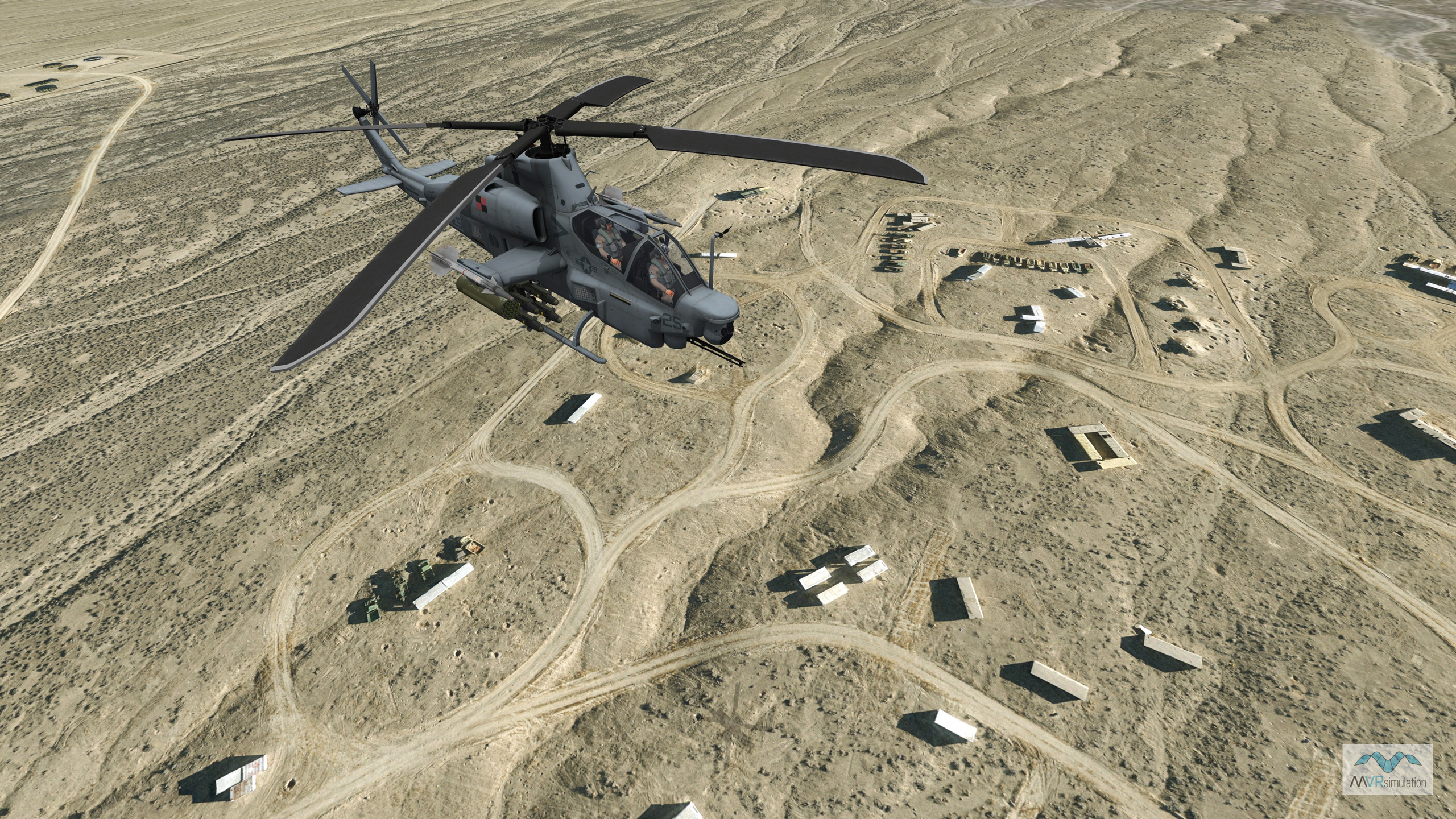 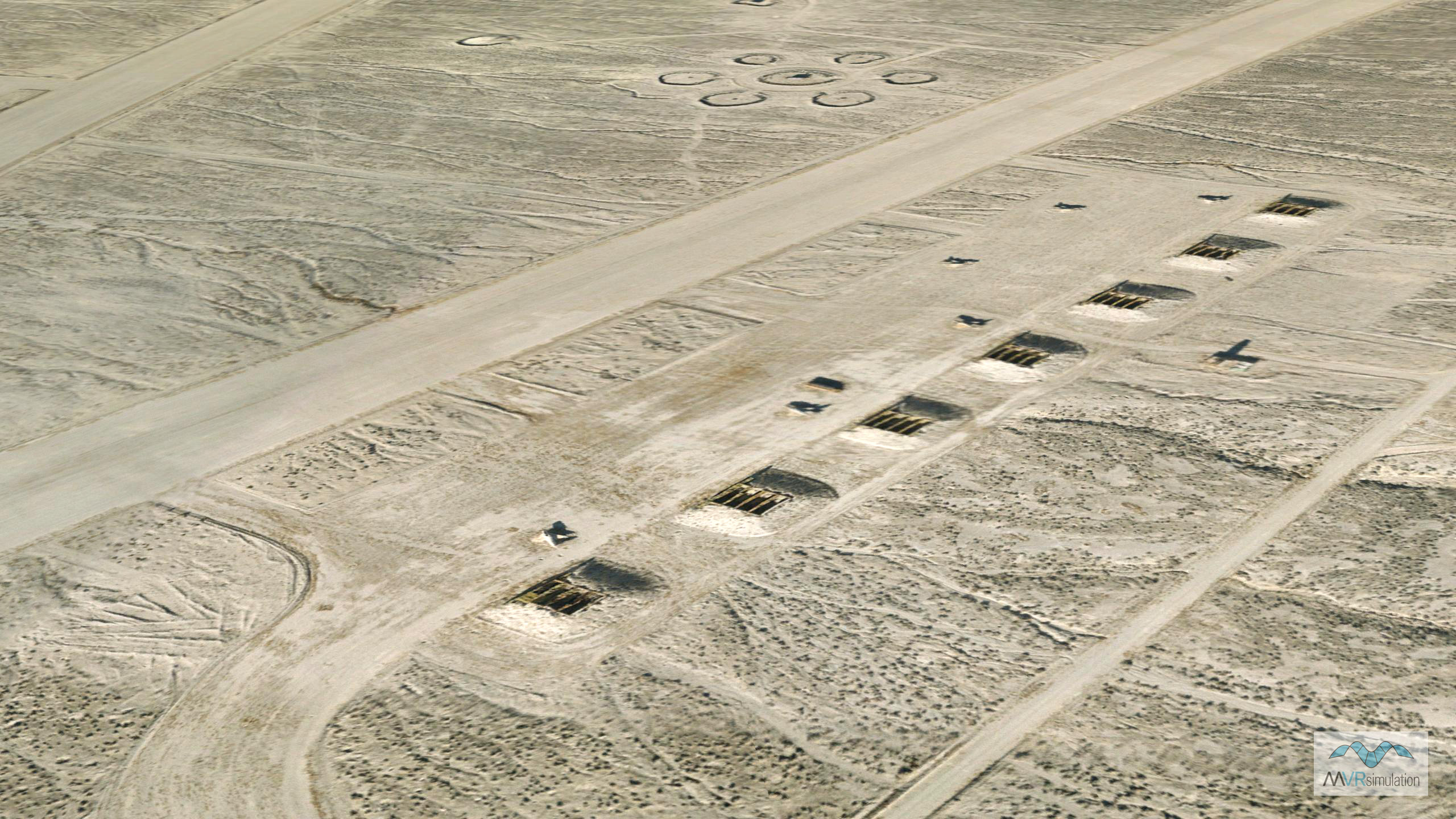 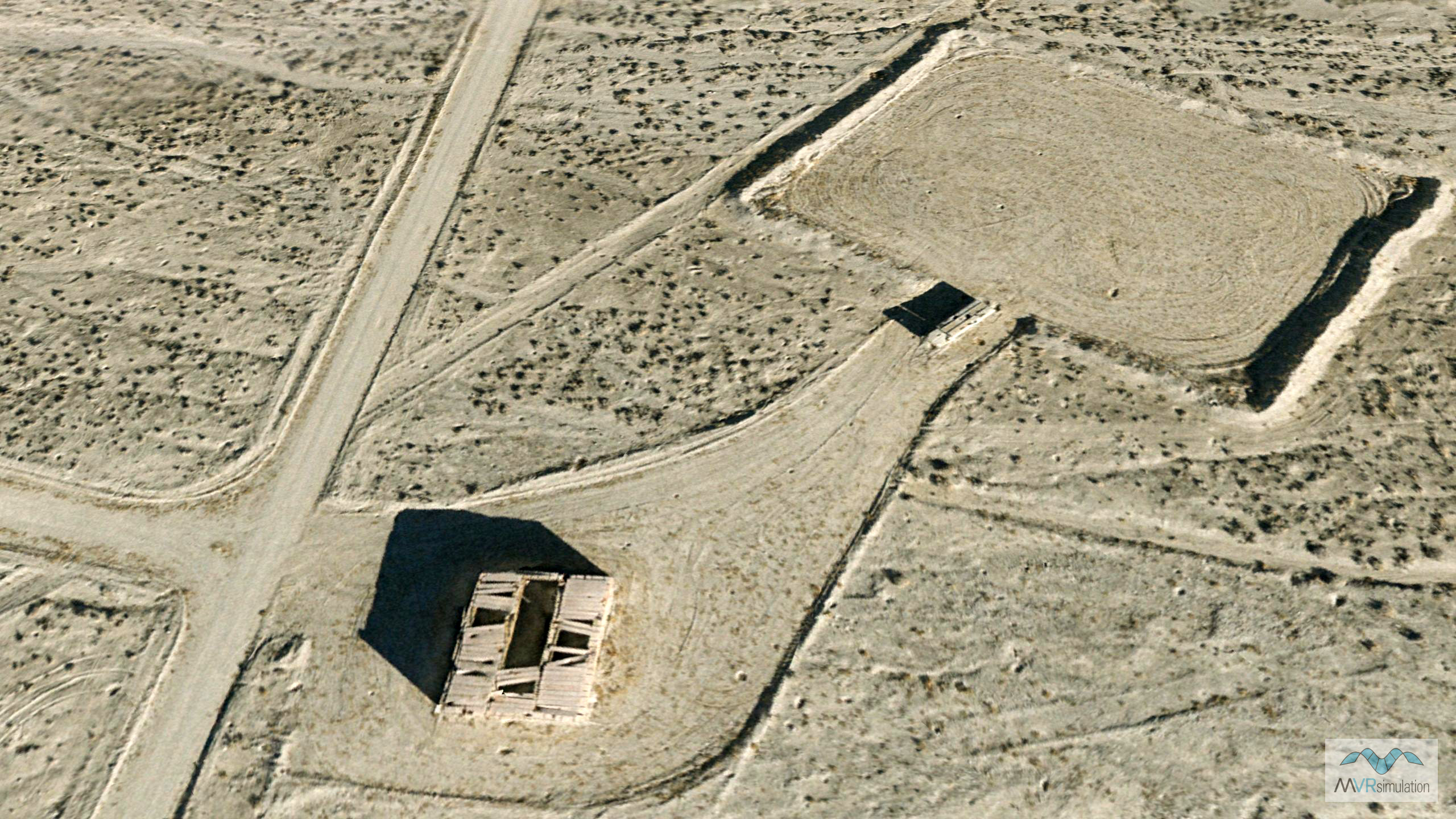 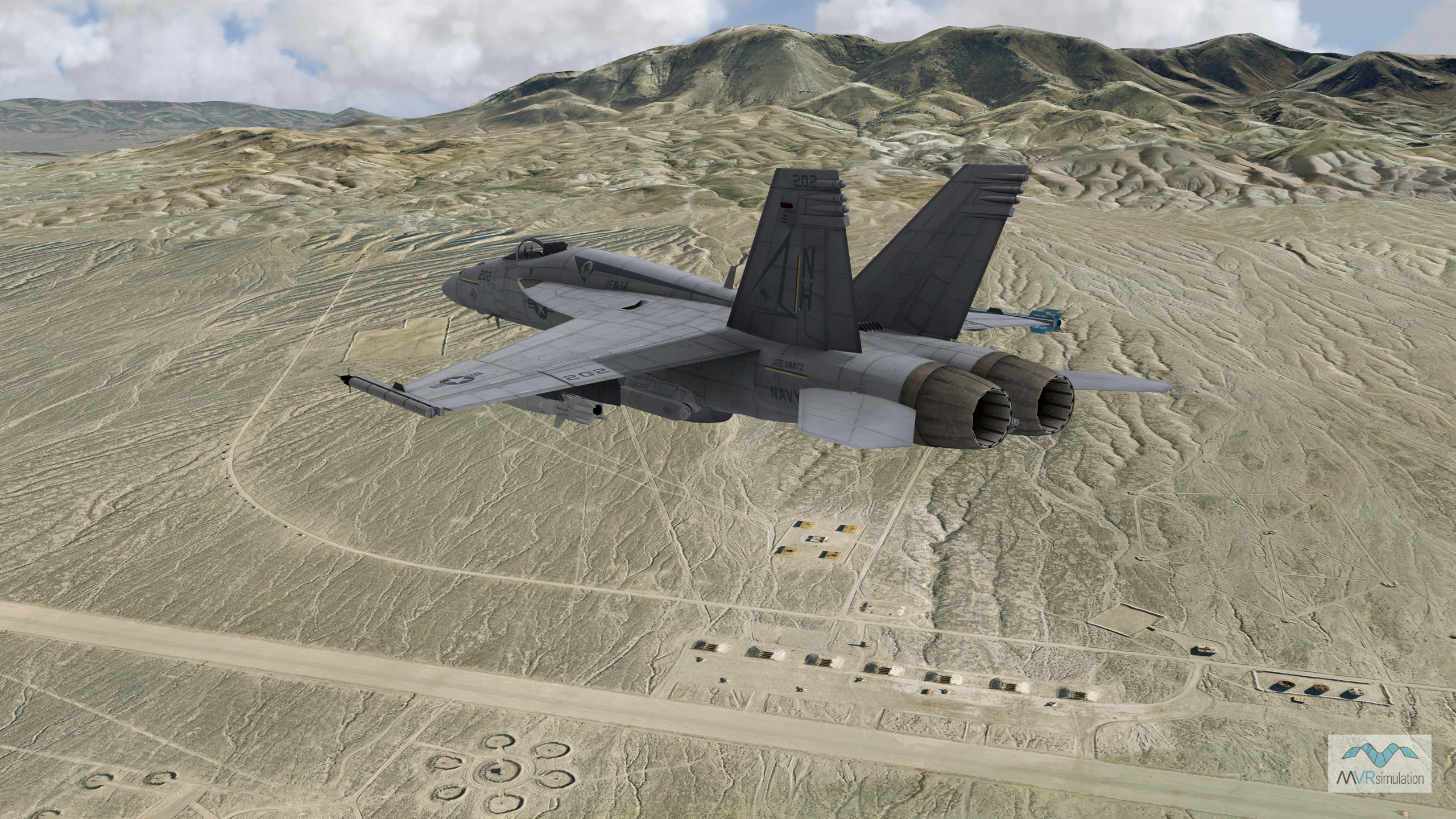 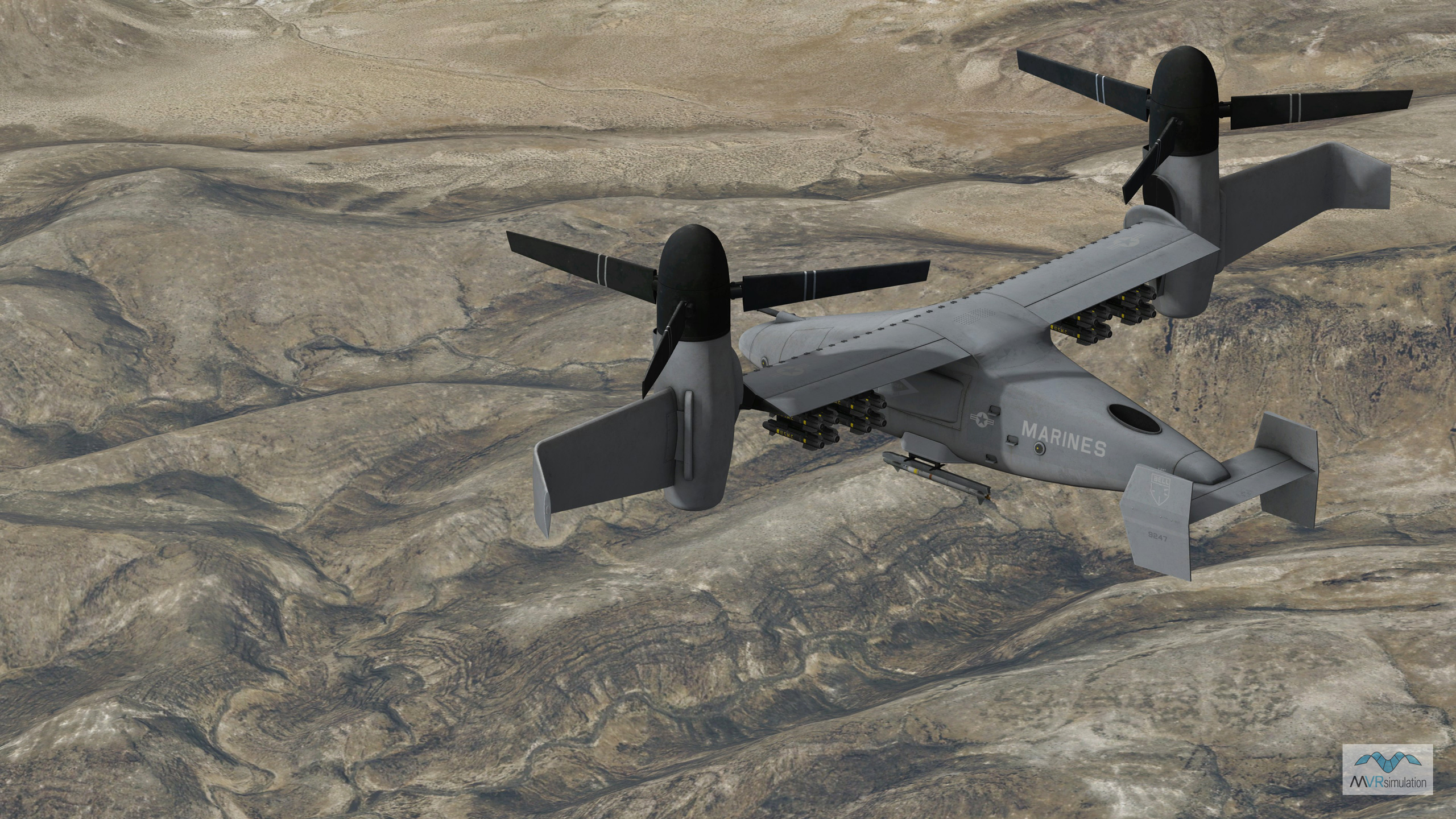 The close correlation between the live range and the virtual terrain of the range provides an enhanced training experience for warfighters in the immersive simulator through exercises that closely resemble reality. Live FA-18E aircraft outfitted with air combat maneuvering instrumentation (ACMI), as depicted in the model in the VRSG scene above, can be used to transmit live data feeds to depict the aircraft in the Navy's CAVE simulator to combine live and virtual aspects of training.

The 2 cm per pixel imagery of the B-17 and B-19 ranges covers 66 sq km and was captured by MVRsimulation's small UAS (SUAS). The SUAS  was built and flown by Swift Radioplanes in military controlled air space. With both the imagery and NED 10 meter elevation data, MVRsimulation compiled full-resolution (2 cm) terrain tiles of the ranges in round-earth VRSG format with MVRsimulation Terrain Tools for Esri® ArcGIS®. The 2 cm area is blended with MVRsimulation's CONUS++ terrain, which was built with 1 meter per pixel terrain imagery and DTED-1 elevation data.

Virtual terrain created with 2 cm resolution imagery is critical for real-time simulation; details such as helicopter landing areas, vehicle targets, and small craters left from exploded ordnance are visible on the terrain and bullet holes are visible on targets. In addition to providing high-fidelity visual cues of geographic locations and target sites, the real-time imagery classification of 2 cm imagery results in high-resolution physics-based sensor views.The scenario was created in Scenario Editor.

The Fallon terrain dataset is available on MVRsimulation’s CONUS++ Southwestern region 3D terrain. The CONUS++ 3D terrain, in round-earth VRSG format, is available for purchase to all customers who are on active VRSG software maintenance and are US Government agencies or contractors (for official use only). The terrain can be viewed with a valid VRSG software license with active software maintenance.