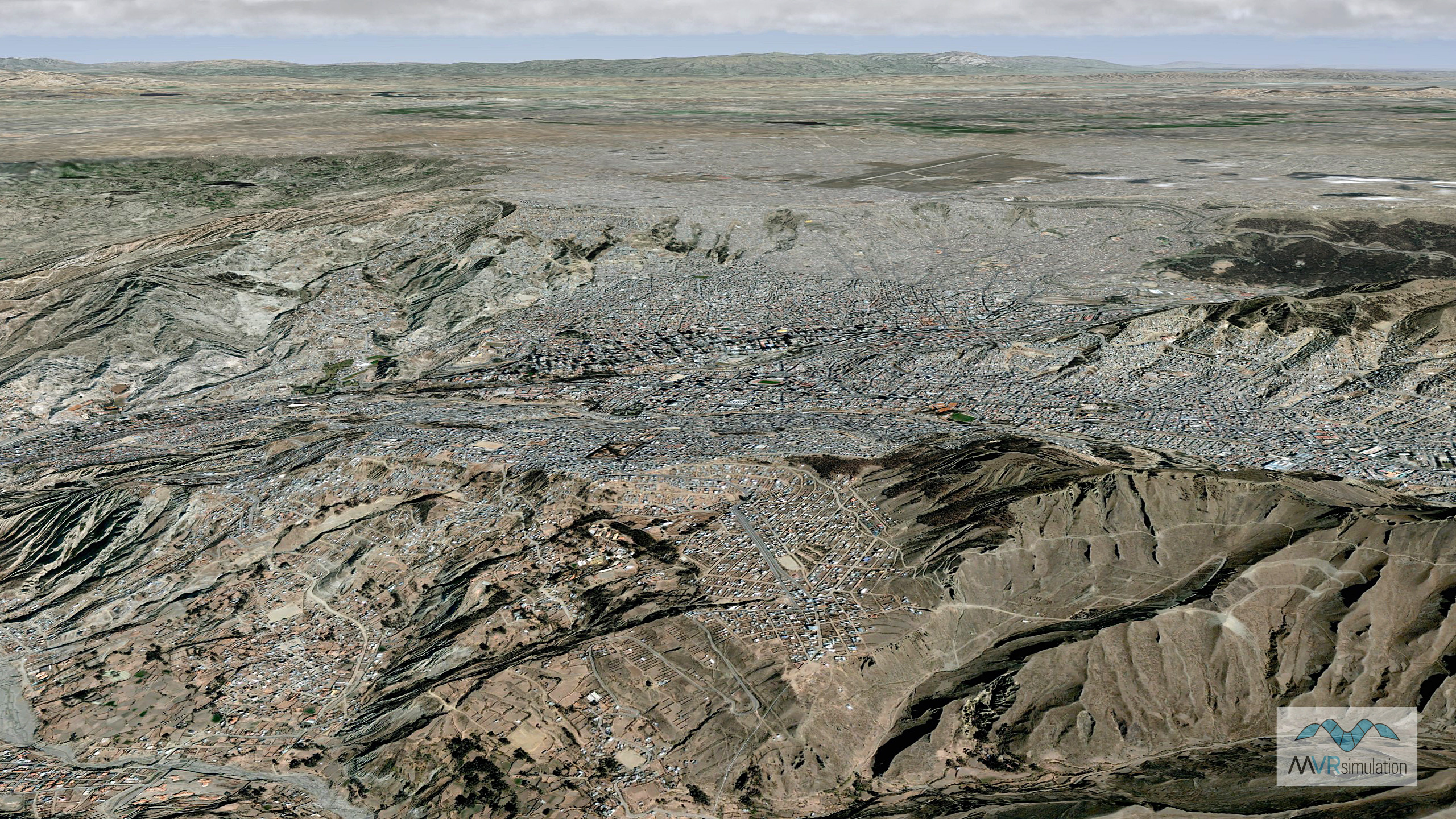 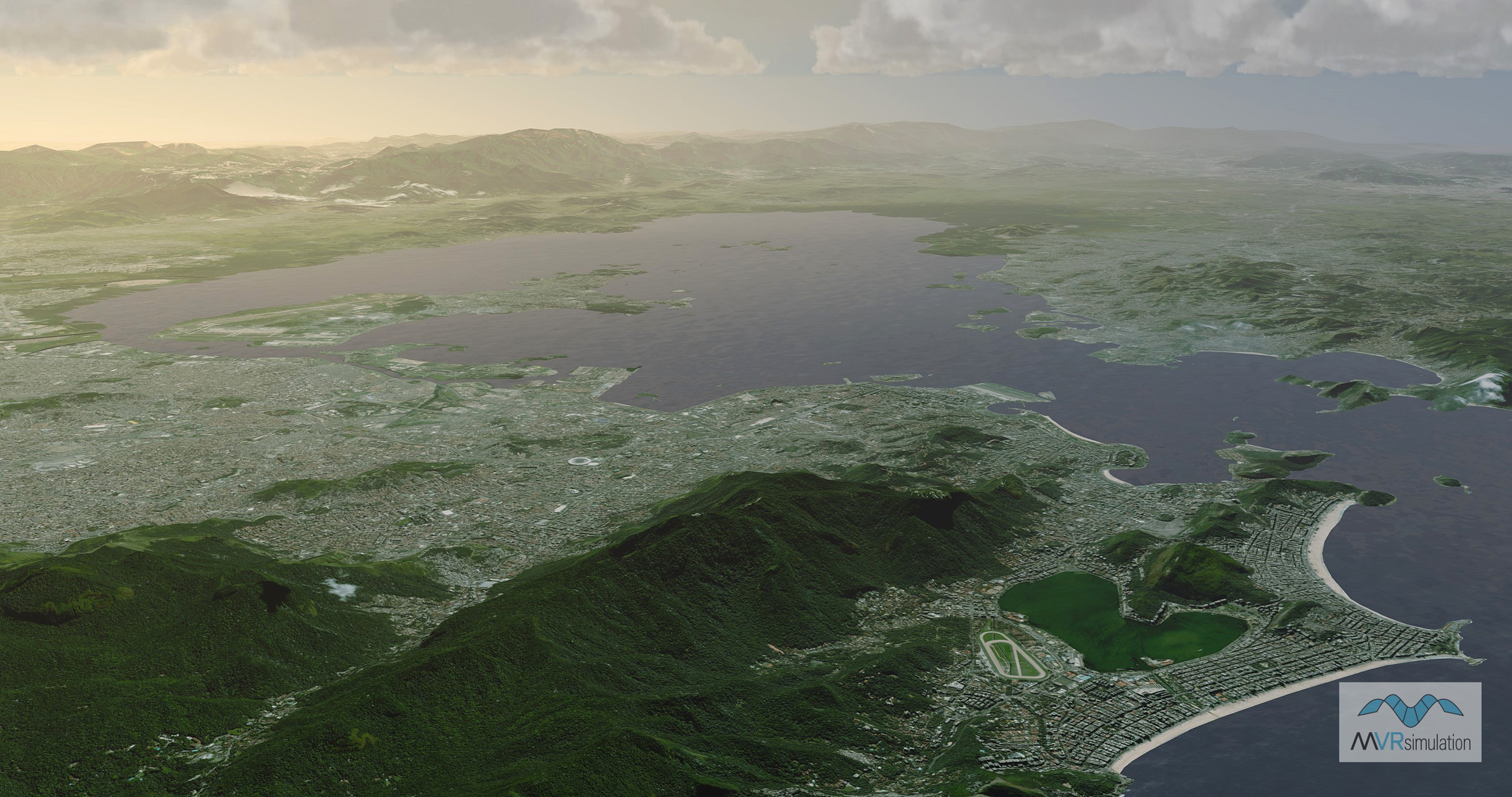 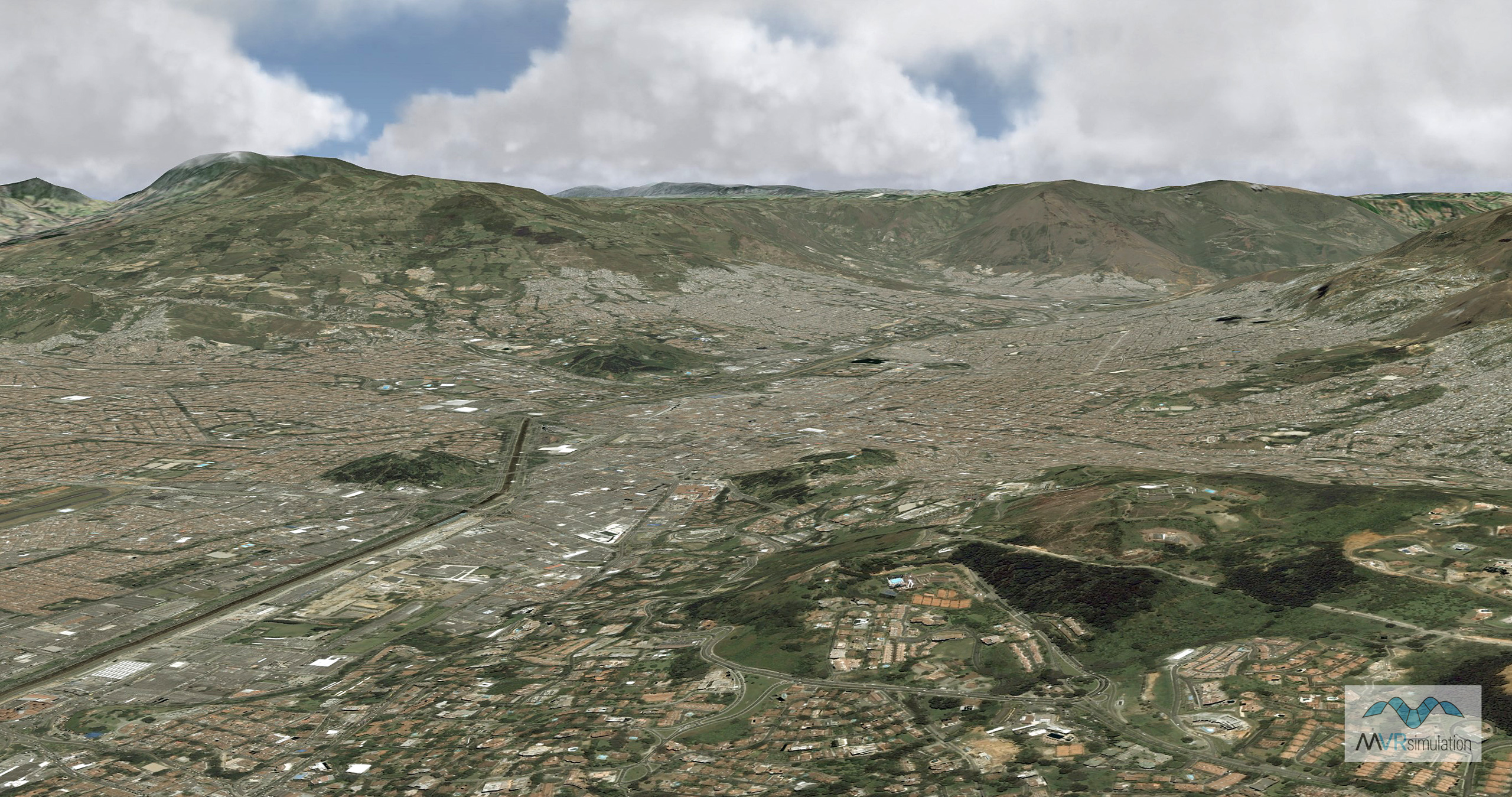 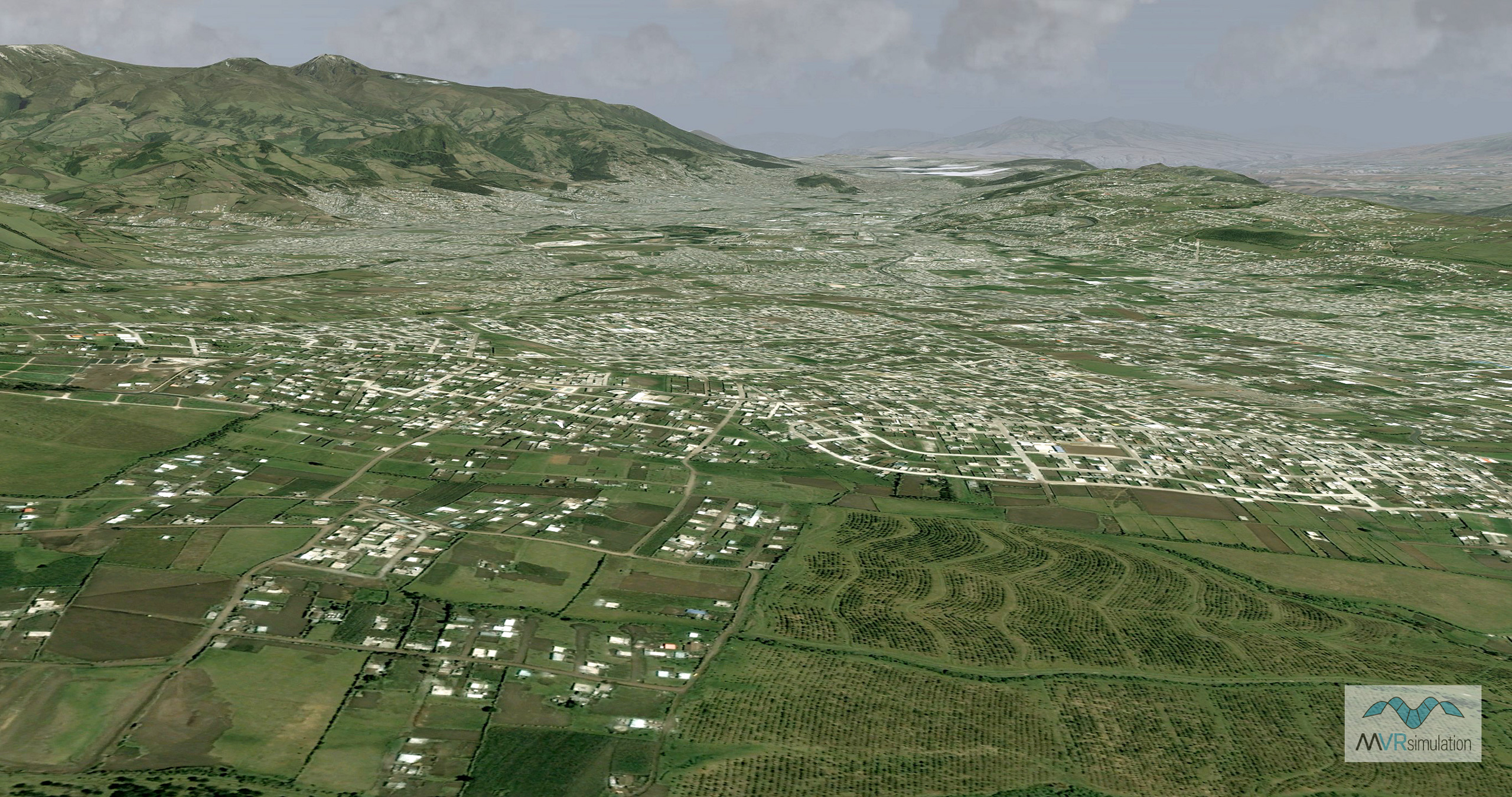 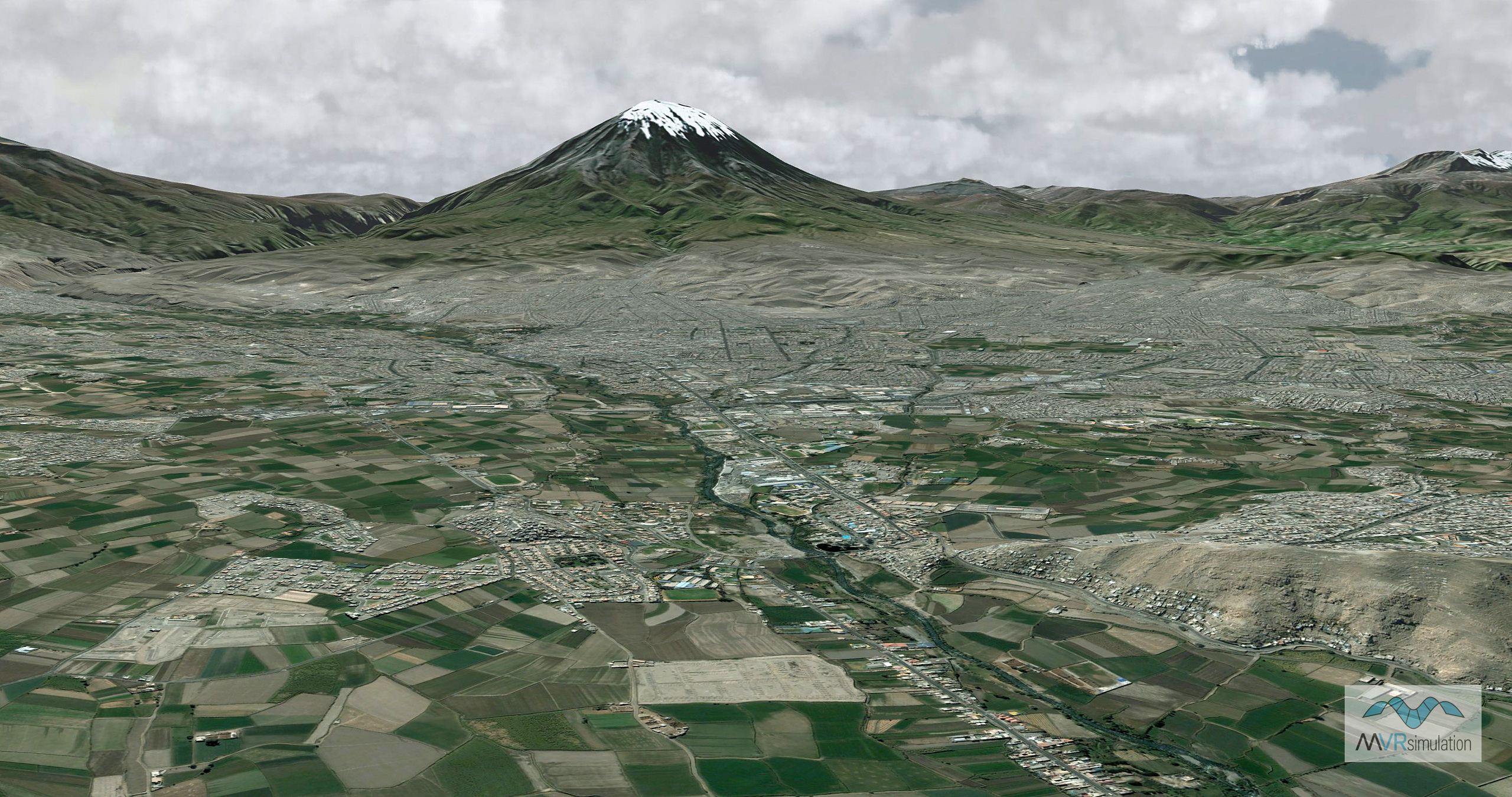 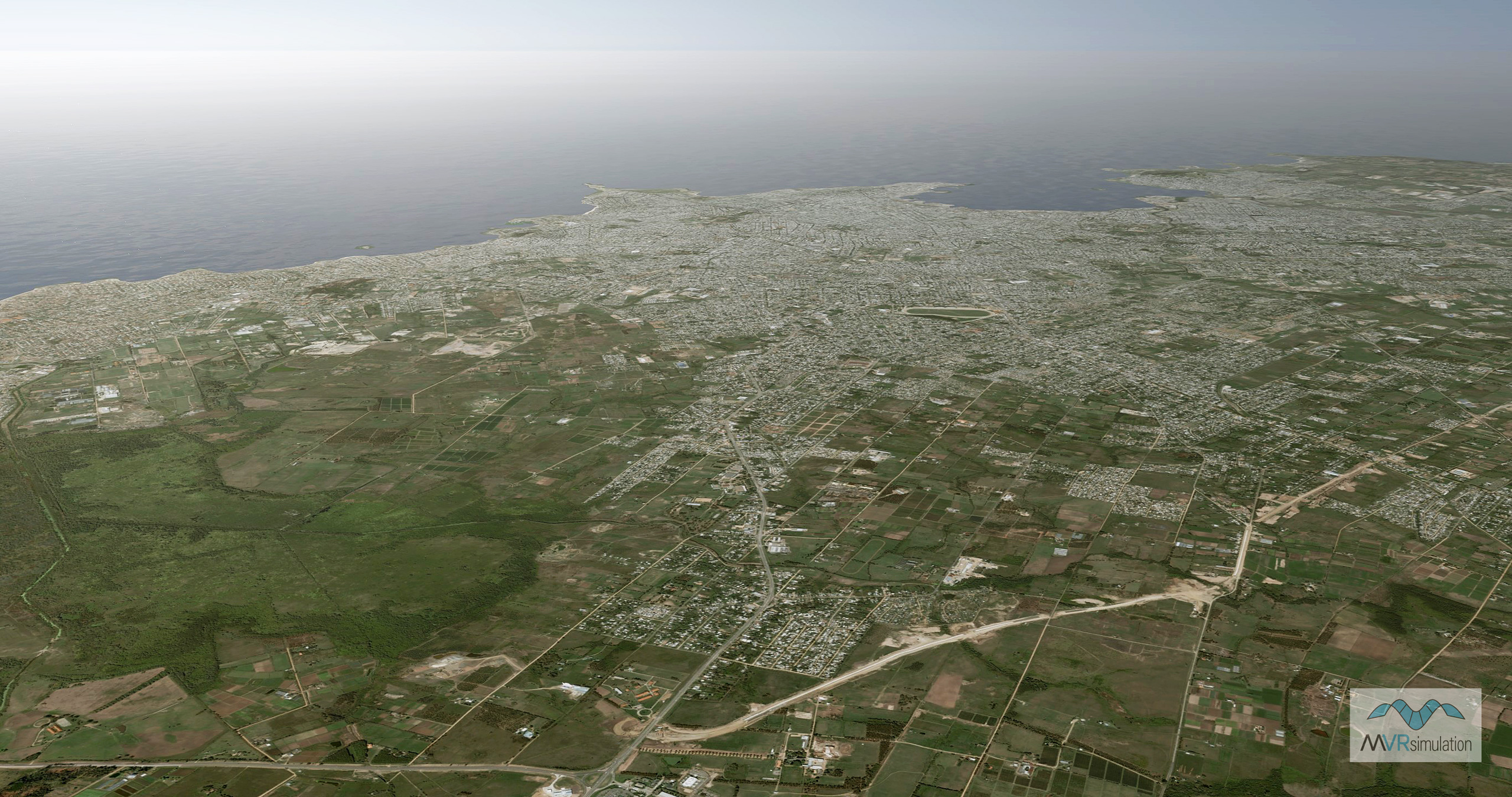 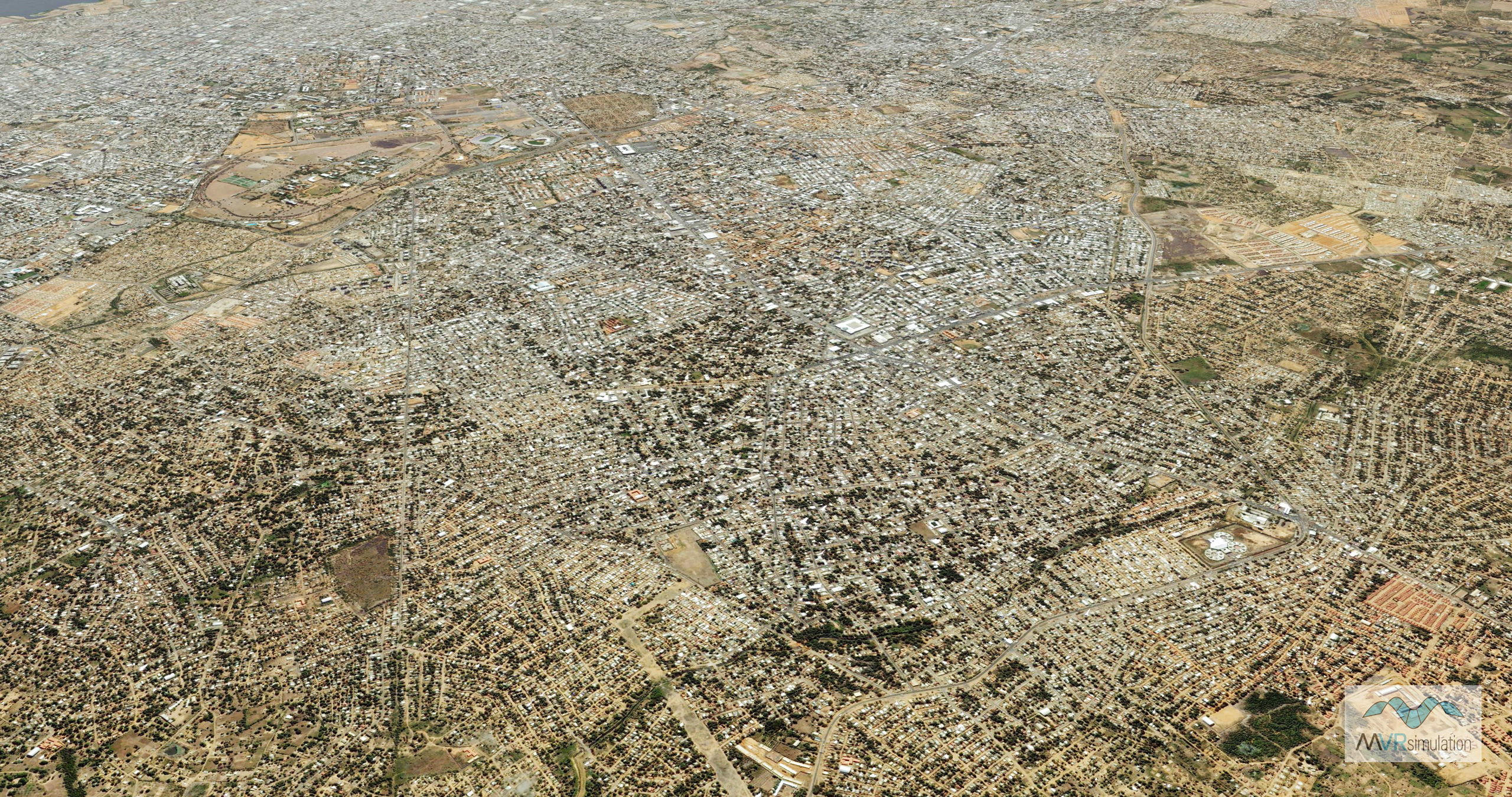 MVRsimulation's seamless 3D terrain of the continent of South America is constructed with 3-arcsecond STRM elevation data and with natural color imagery ranging from  0.60 to 15 meter-per-pixel (mpp) resolution.

Covering an area over 17,814,000 sq km (1,718 geocells), the terrain includes 0.60 mpp high-resolution natural color insets of many South American capital cities and other cities of interest. Built with MVRsimulation’s Terrain Tools for Esri® ArcGIS®, the round-earth VRSG terrain tiles are for use in MVRsimulation Virtual Reality Scene Generator (VRSG).

The South America 3D terrain is "Additional Materials" and is provided "as is" as described in our license agreement.  Although MVRsimulation might modify or enhance the original source imagery, some visual artifacts from the source imagery might remain in the terrain tiles.

The following symbolic representation shows the geographic coverage of this 3D dataset’s terrain tiles of all of South America. This terrain tile coverage map was generated with MVRsimulation’s Model Viewer. The areas in green indicate 15 mpp imagery, the orange-brown areas indicate 1 mpp resolution imagery, and the bright red areas indicate imagery resolution of less than 1 mpp. 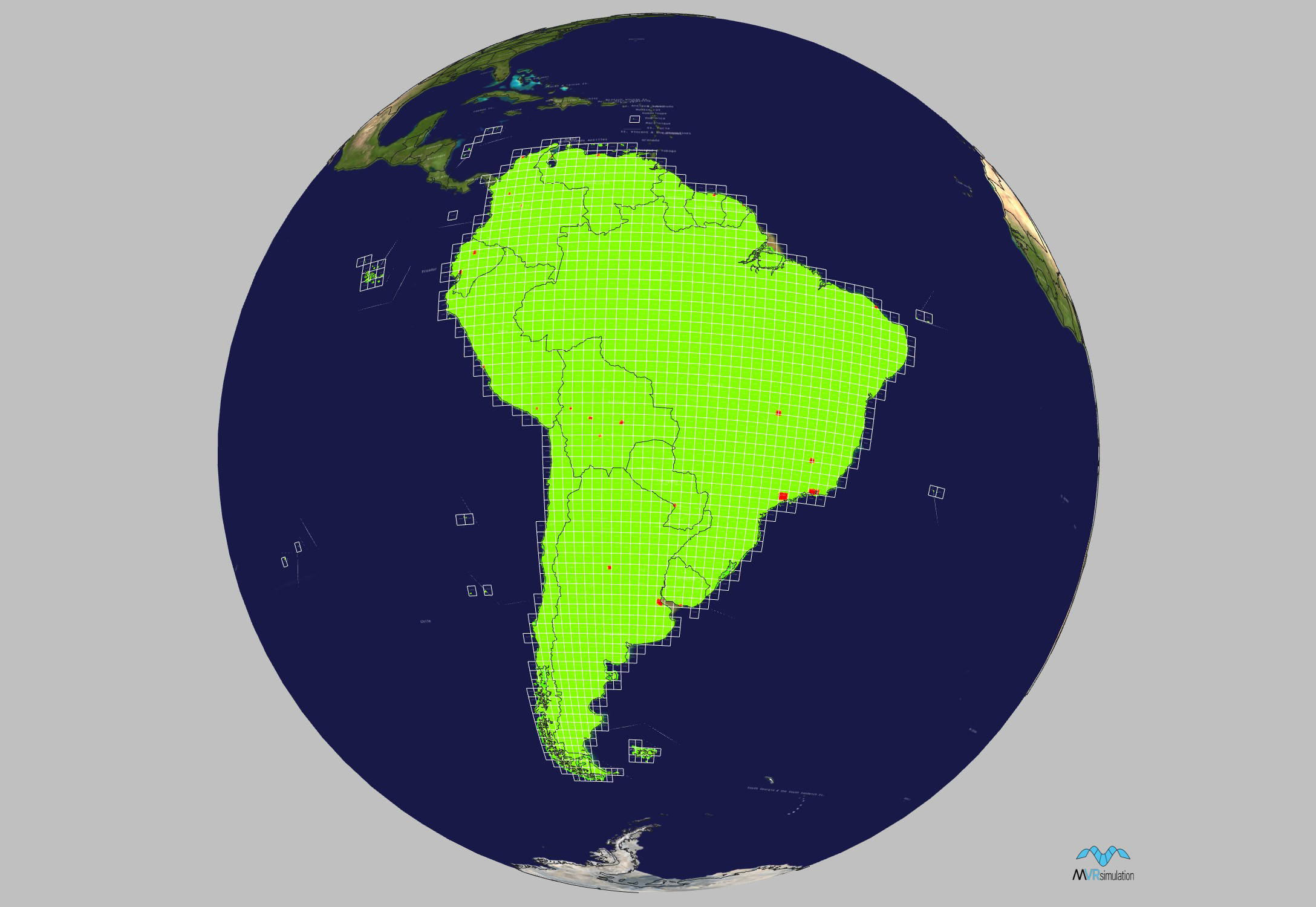 MVRsimulation's South America 3D terrain is available for purchase to customers who are US Government agencies or contractors (for official use only). Customers can duplicate the data at their discretion as long as the data is used in conjunction with a valid VRSG license.

You can request a quote for this 3D terrain directly from MVRsimulation by consulting the price list and then filling out the quote request form.