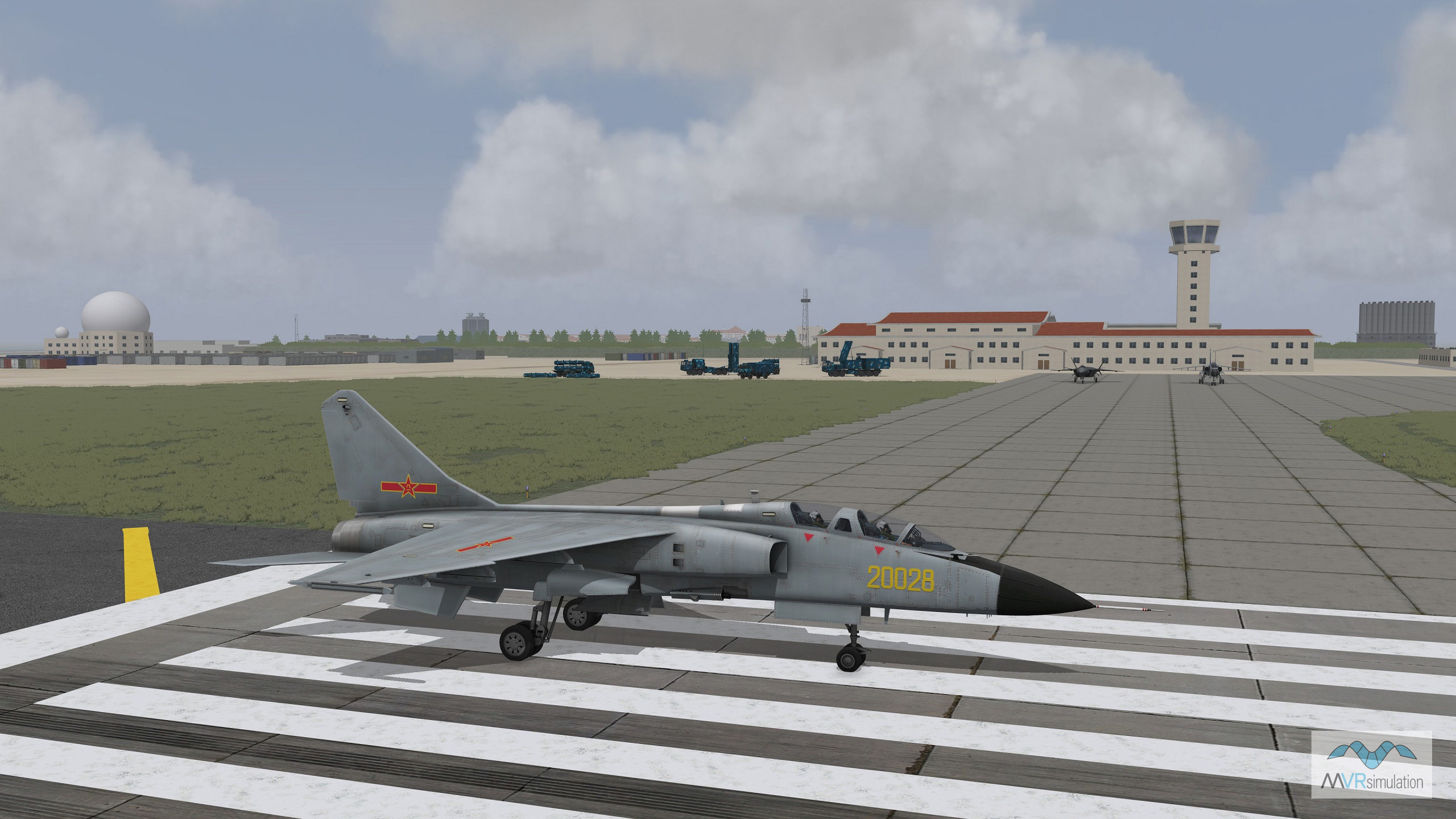 MVRsimulation VRSG real-time scene of a JH-7 on the runway of virtual Mischief Reef 3D terrain. 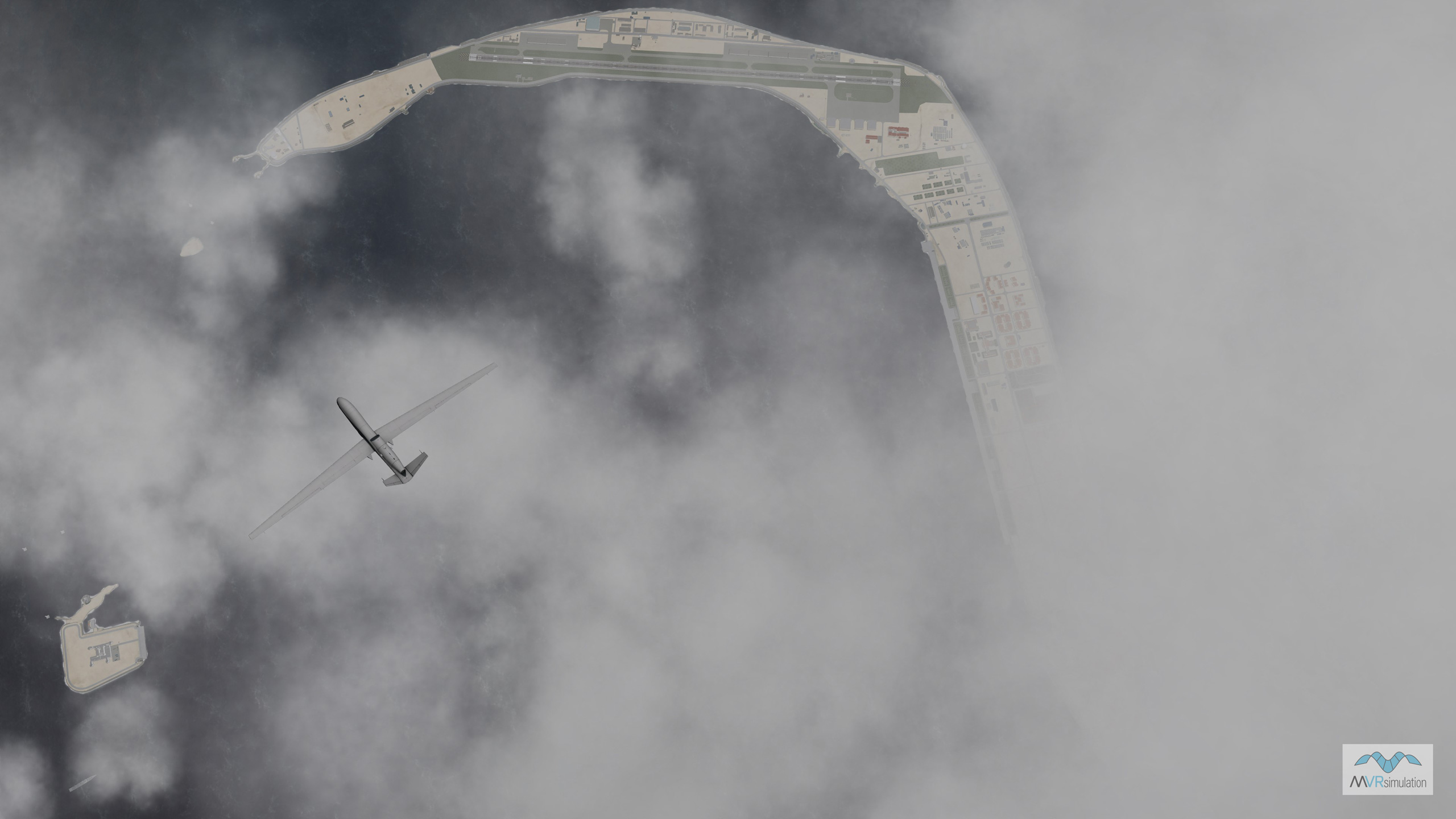 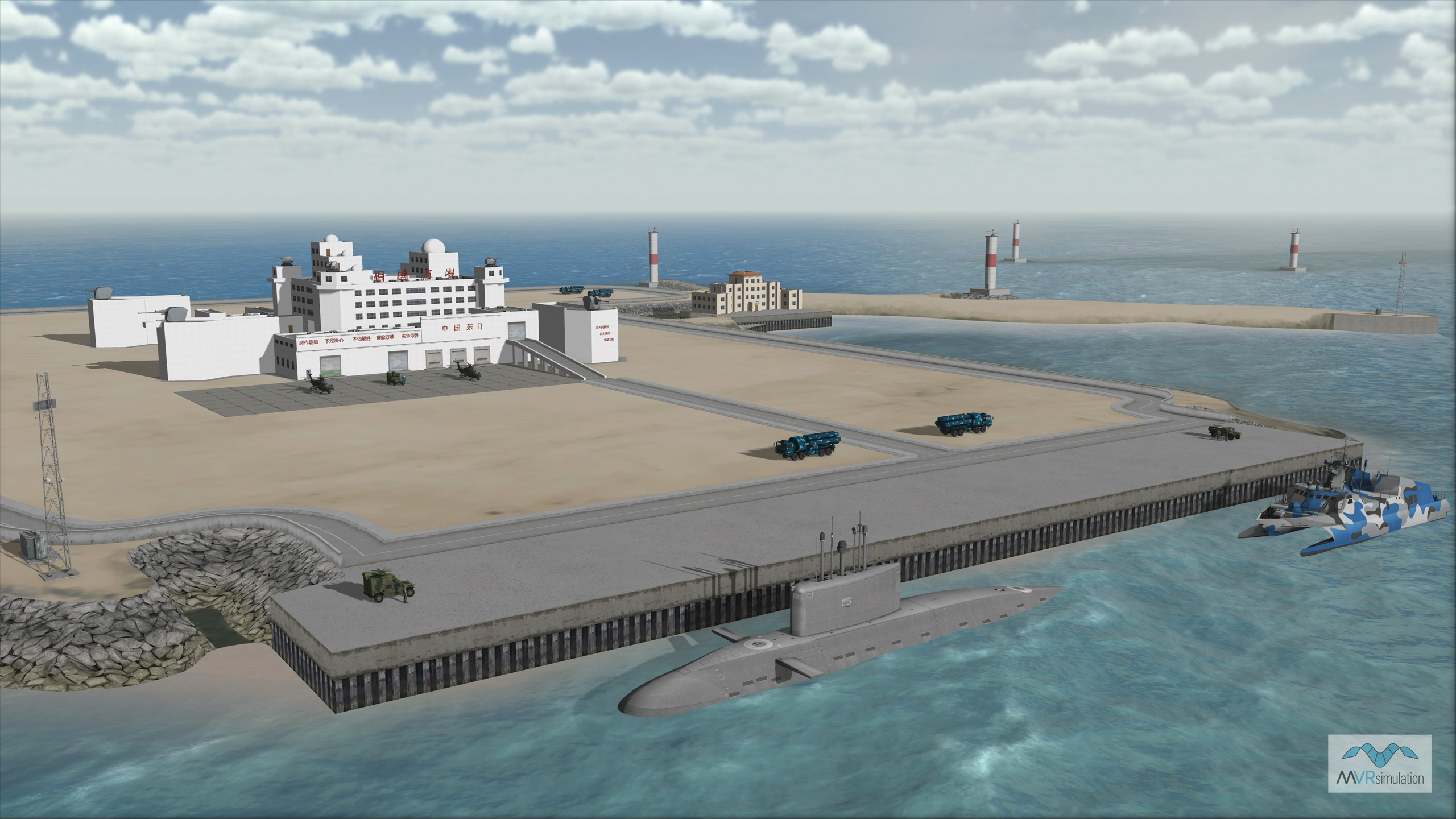 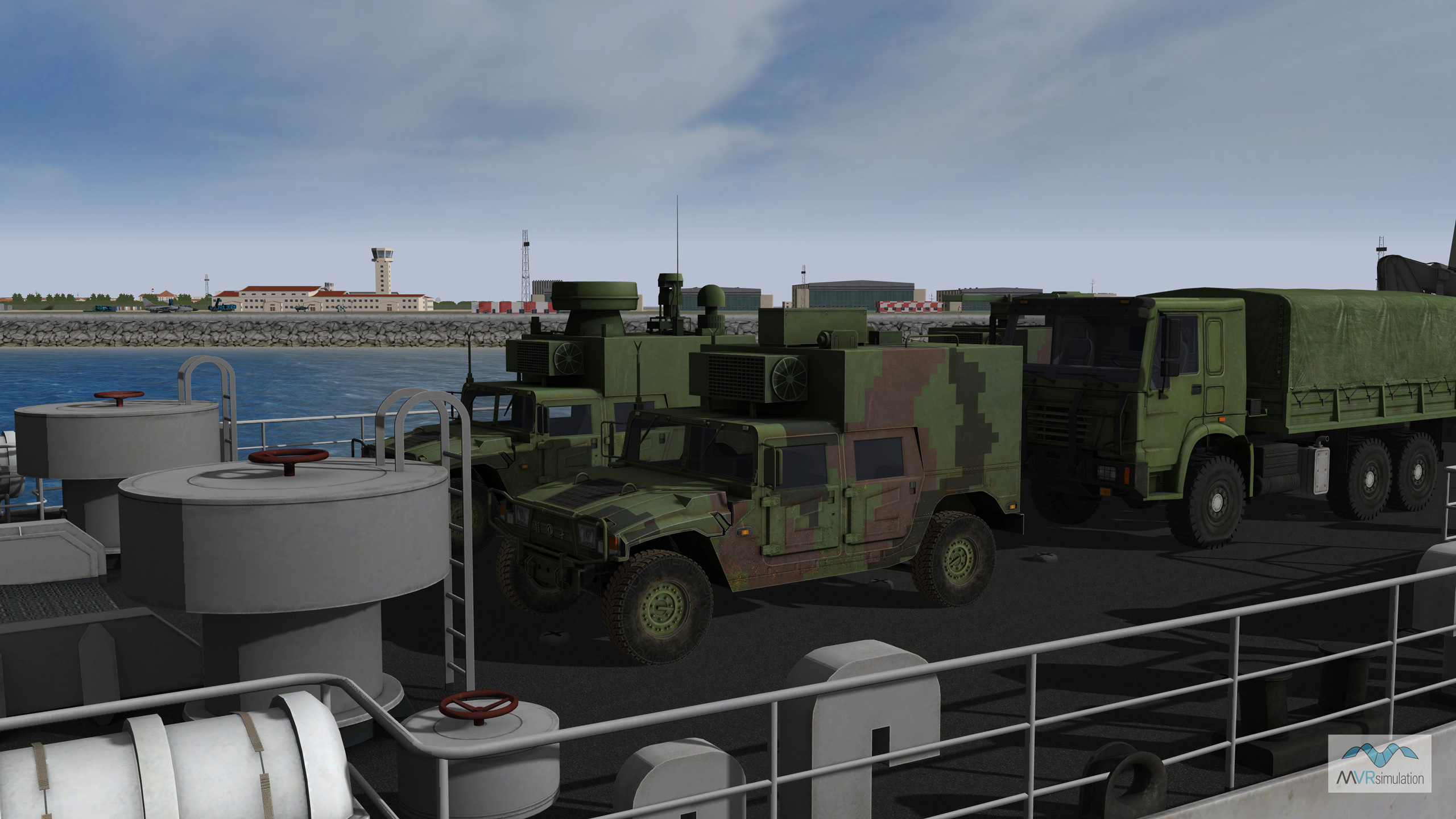 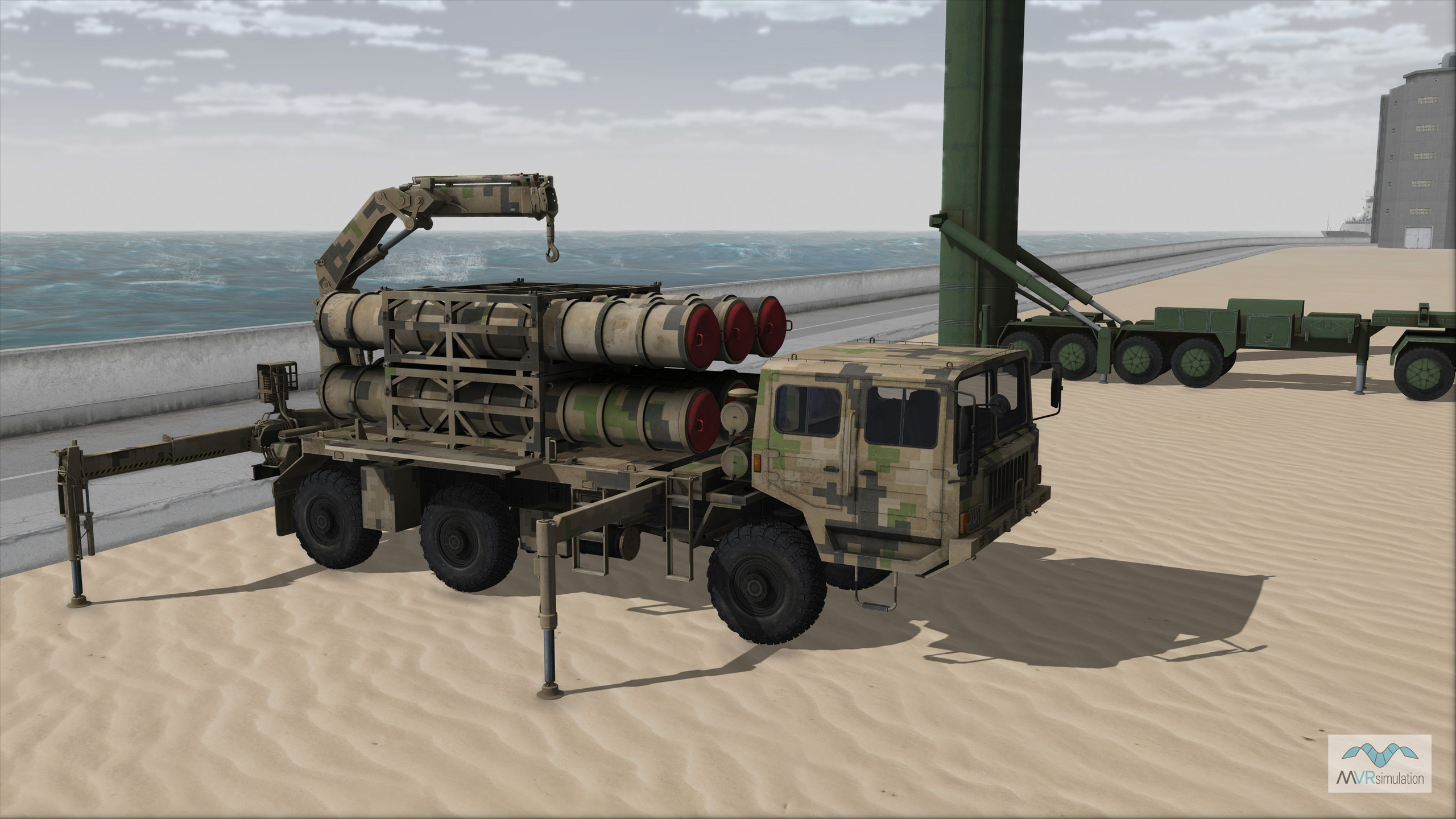 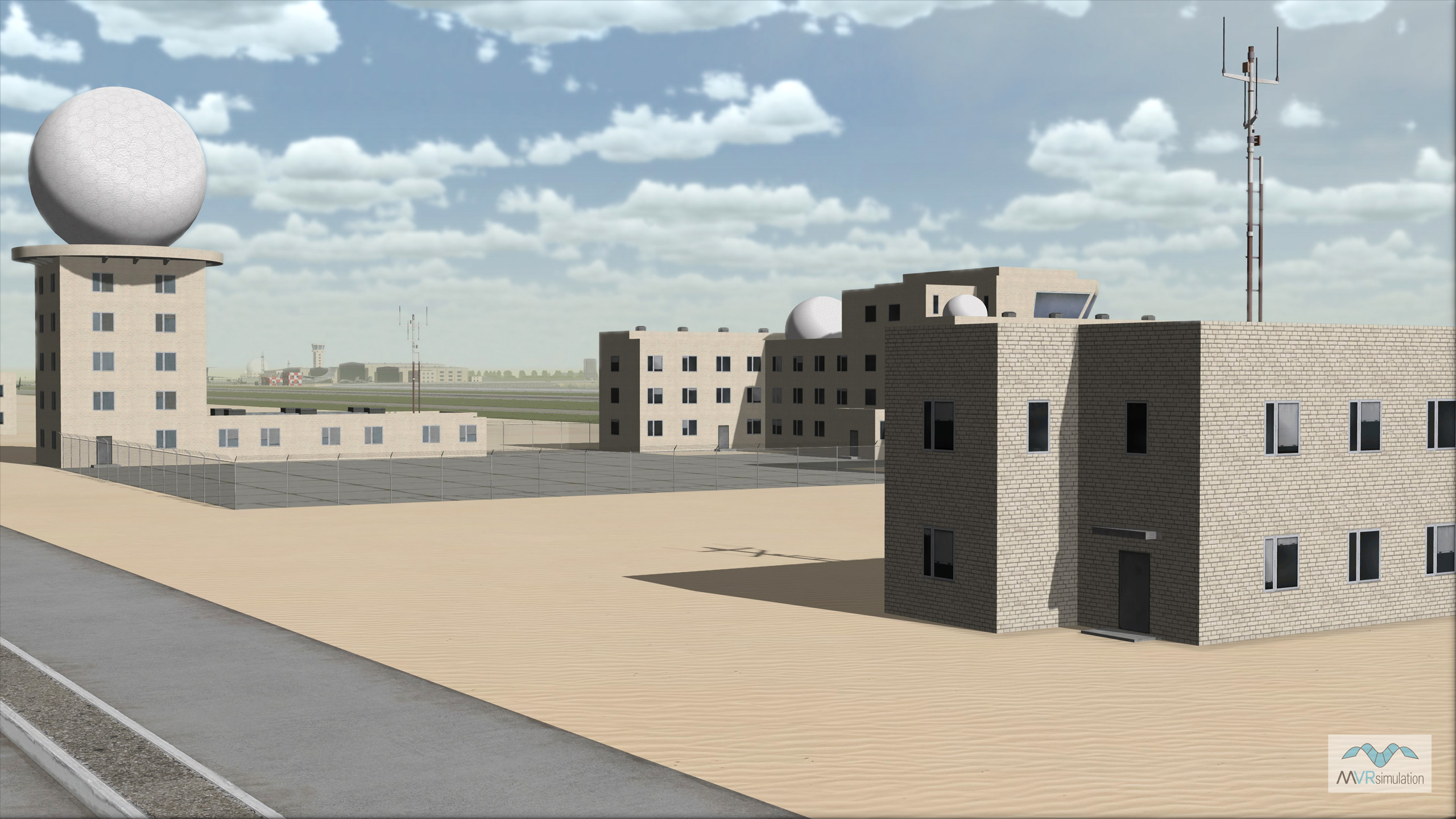 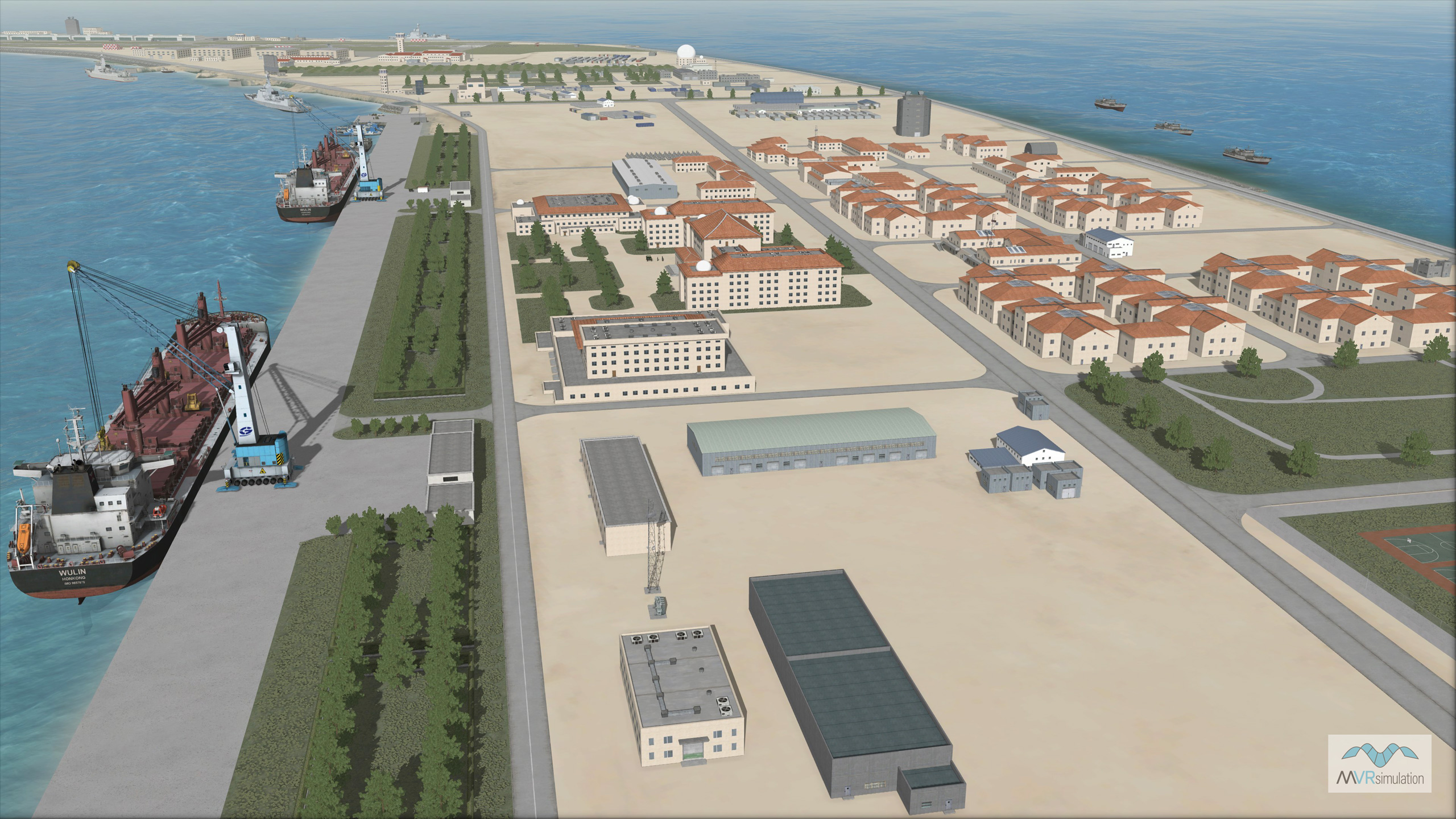 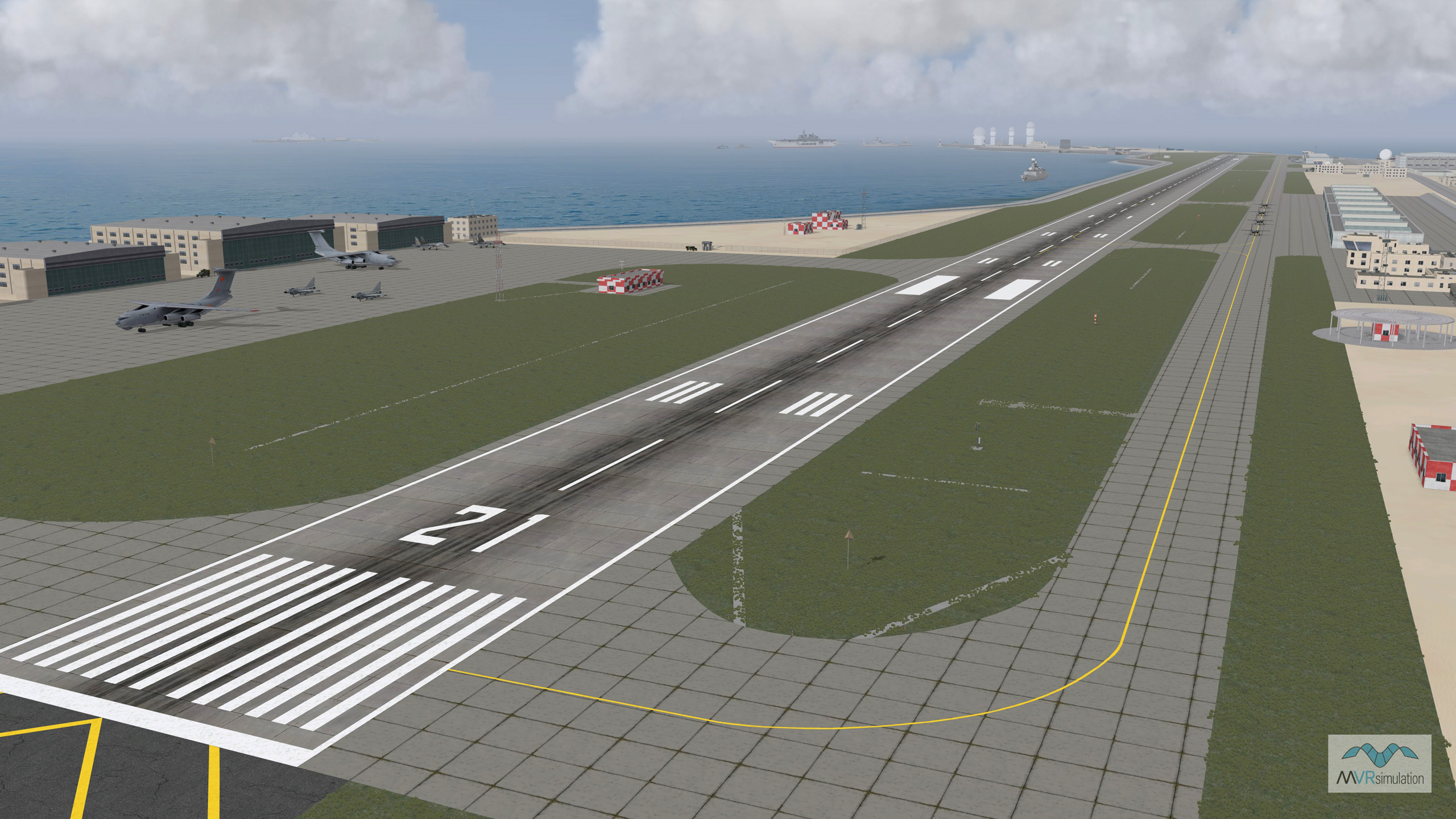 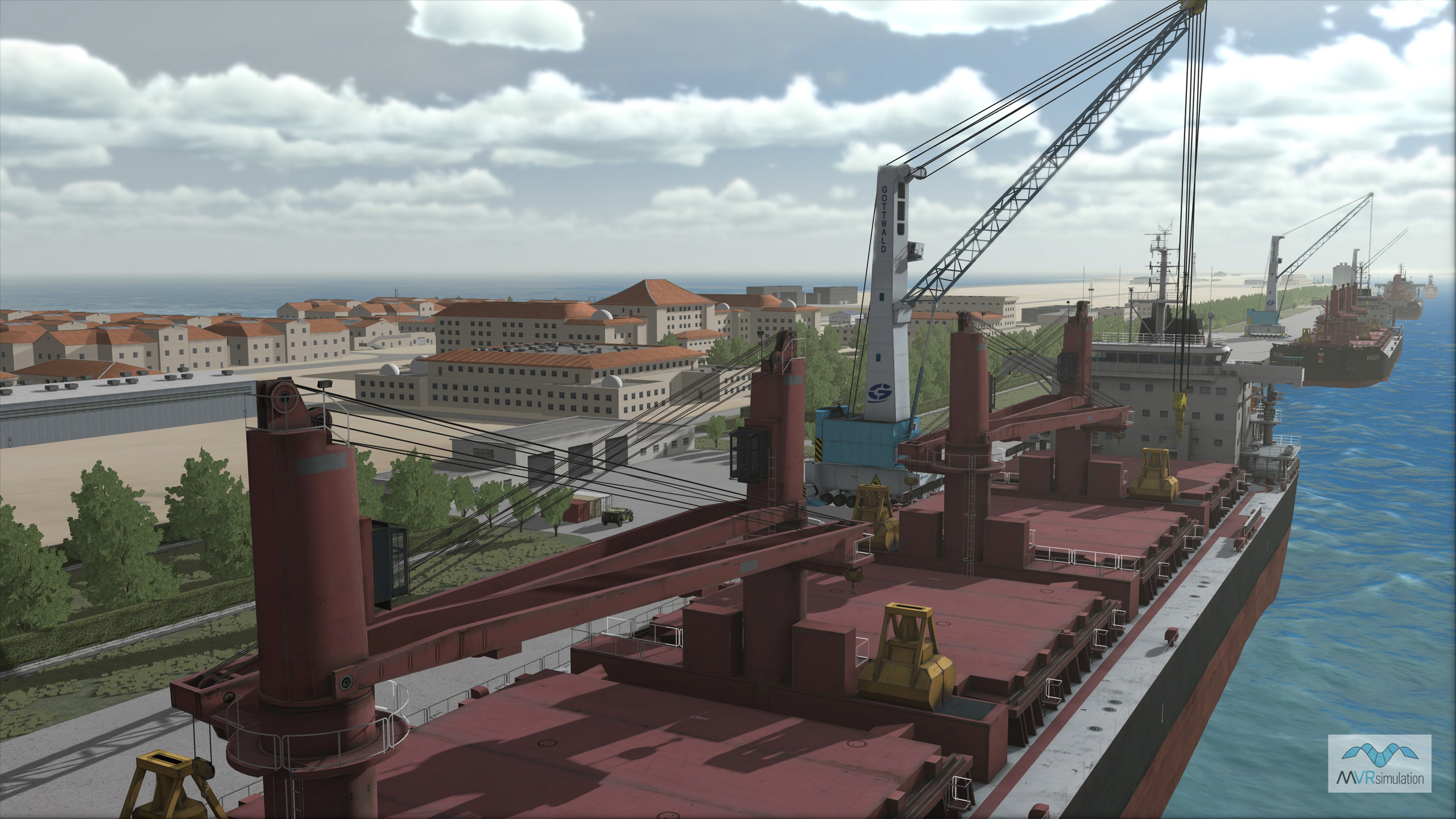 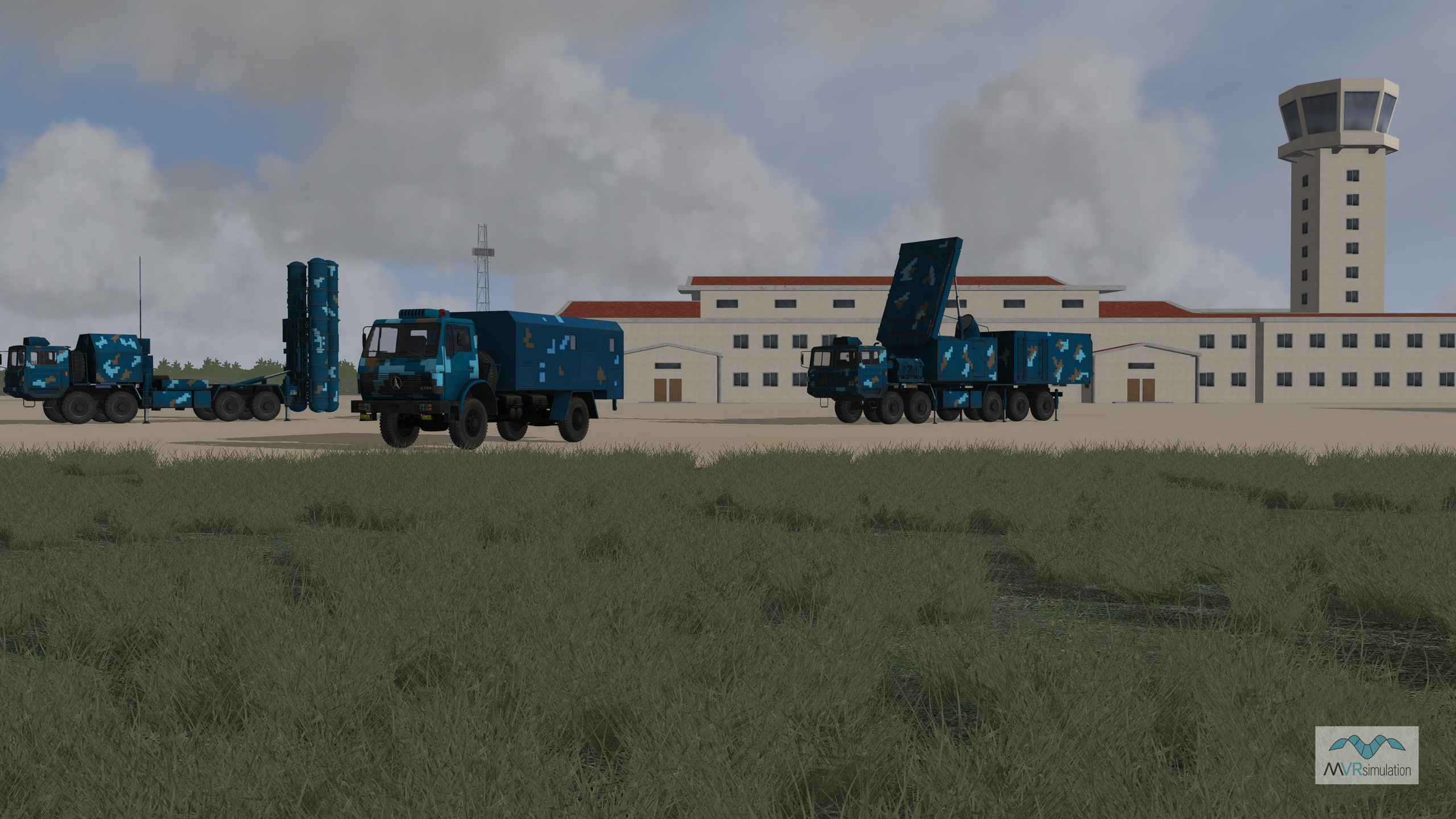 MVRsimulation has built virtual terrain of Mischief Reef, an occupied reef located in the South China Sea, in the eastern region of Spratly Islands. The reef is equipped with an HQ-9 missile defense system.

This high-resolution hand-modeled terrain includes shoreline and bathymetry, which make it ideal for sea-based and littoral training scenarios. Geospecific source data was used as visual reference. The terrain model was compiled in MVRsimulation’s Terrain Tools for Esri® ArcGIS® in our round-earth geocentric format, taking advantage of Terrain Tools' ability to integrate an external terrain model such that it is treated as native 3D terrain for both rendering and mission functions.

Note that due to the sensitivity and availability of high resolution overhead imagery of the occupied reefs in the South China Sea, we built this terrain without geographically specific imagery. A workflow in Terrain Tools would result in much higher fidelity terrain suitable for mission rehearsal if high resolution imagery, such as sub-inch imagery, were to be made available.

The Mischief Reef 3D terrain dataset is provided in round-earth VRSG terrain format and is available for purchase to customers who are on active VRSG software maintenance and are US Government or NATO agencies or contractors (for official use only).

Virtual Mischief Reef is available on MVRsimulation's Asia region terrain drive, or as a separate dataset that customers can obtain from MVRsimulation's Download Server.