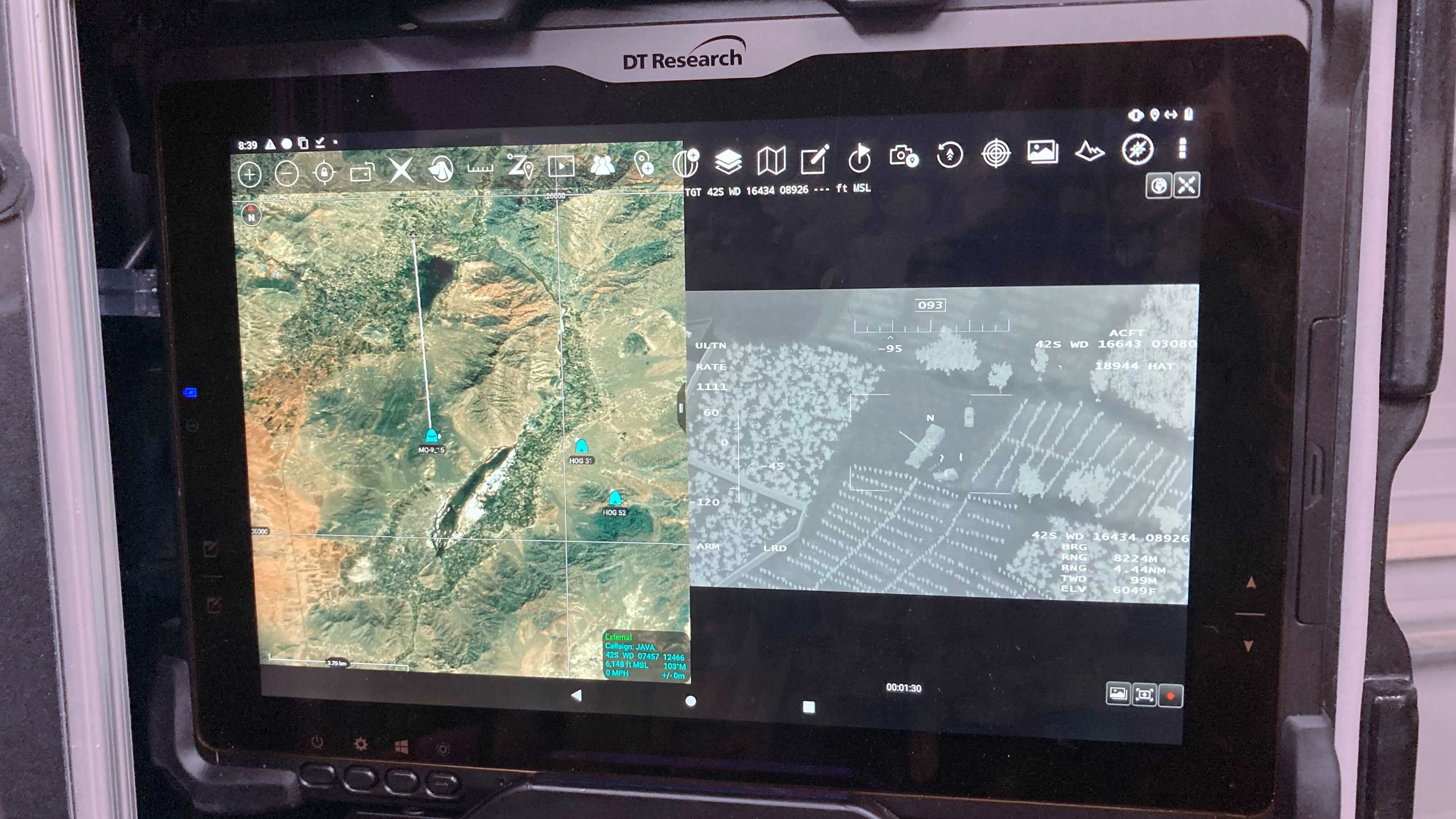 Android Tactical Assault Kit (ATAK) mapping/situational awareness app. On the left is the ATAK view (populated with a map and information from BSI MACE). On the right is MVRsimulation VRSG's simulated sensor feed. 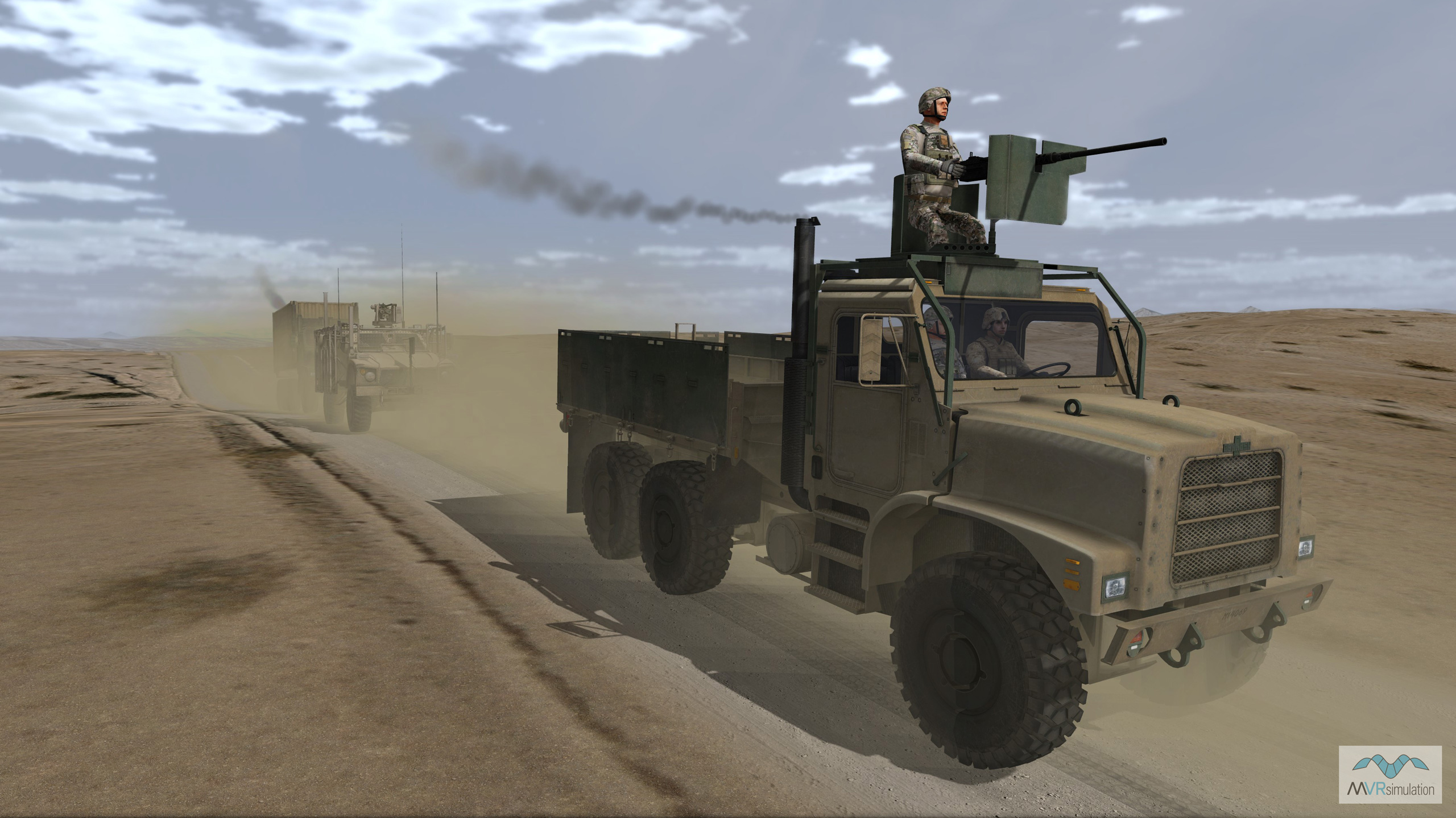 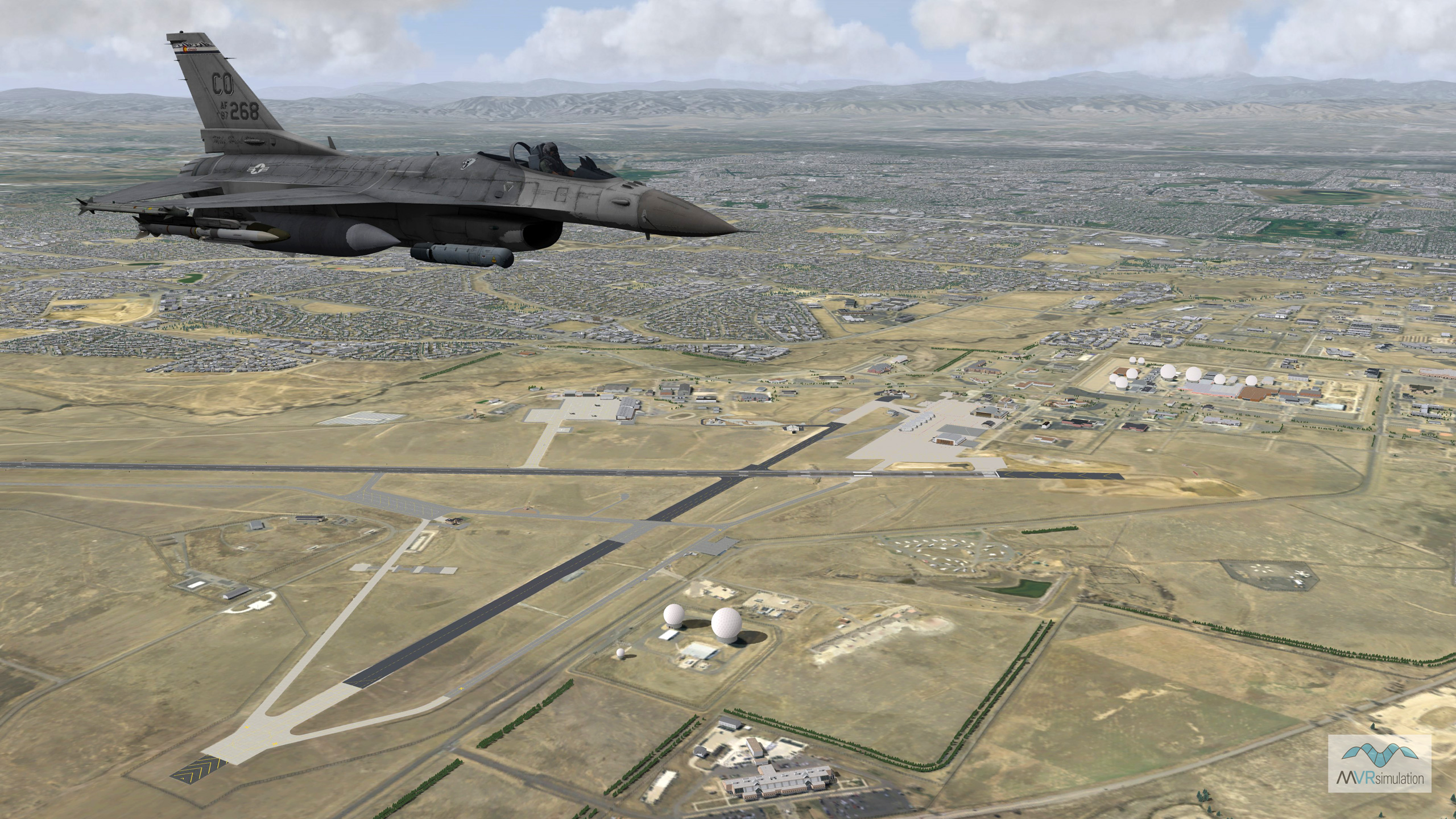 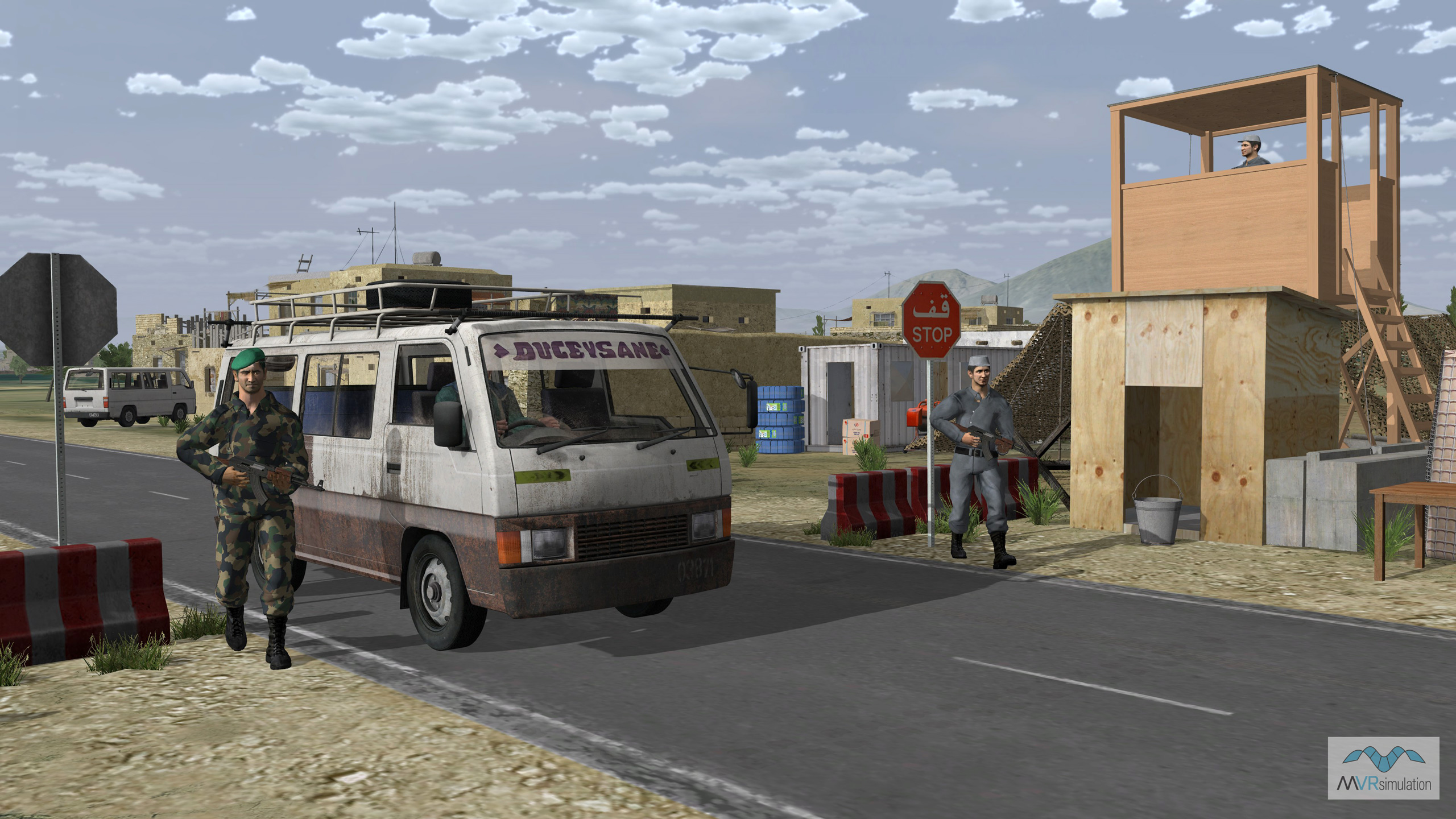 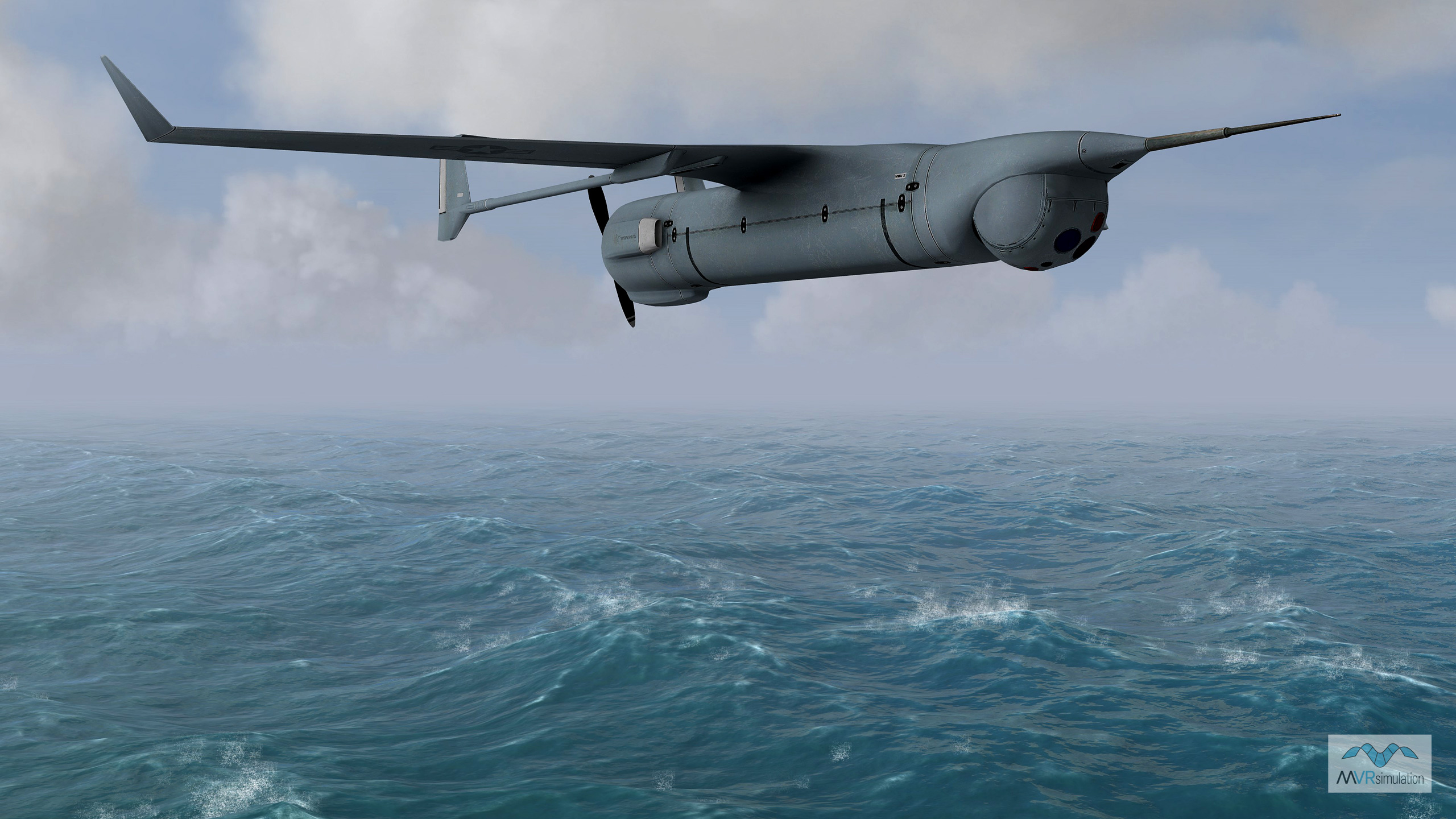 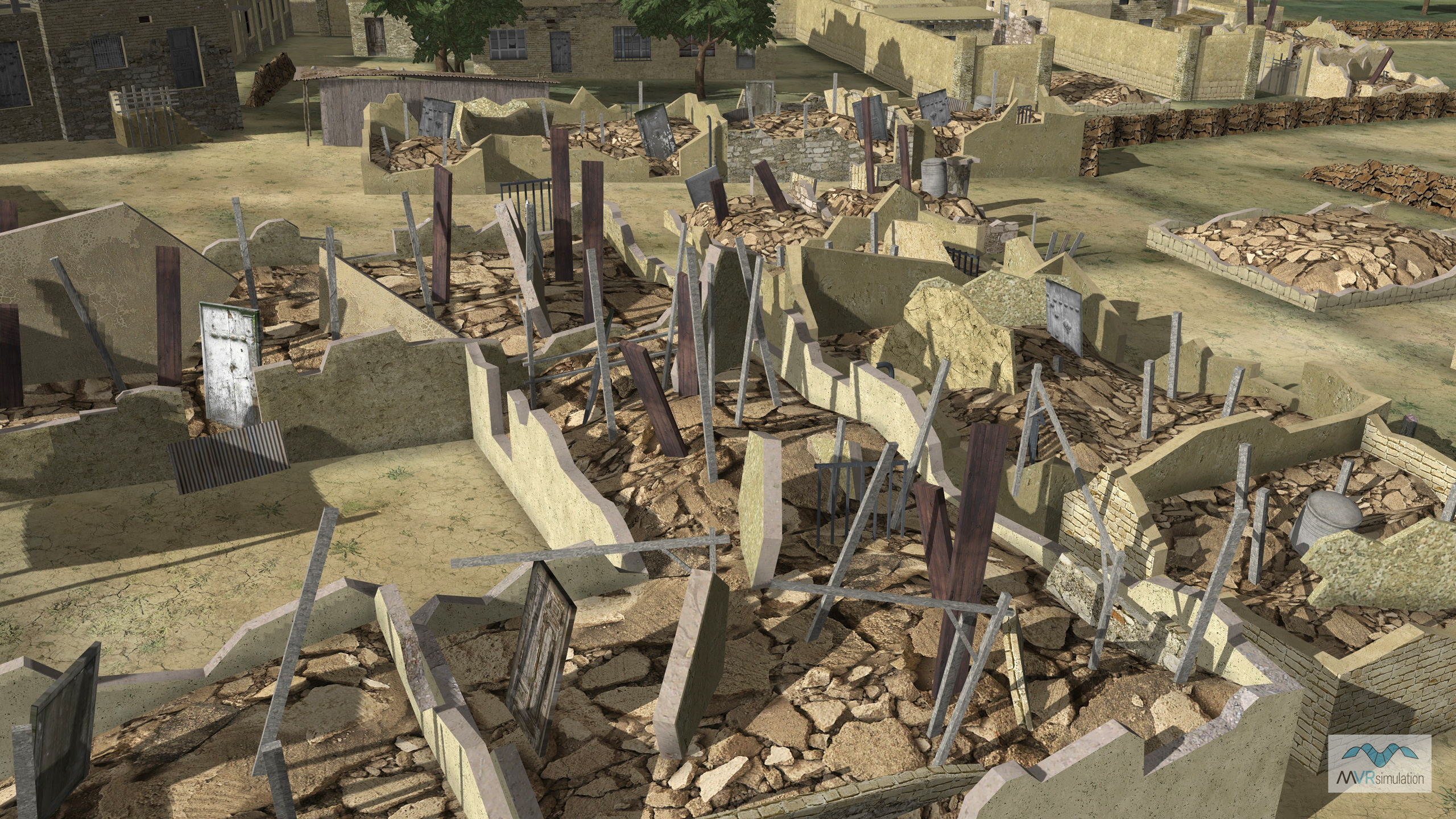 MVRsimulation VRSG real-time scene of the destroyed damage state, resulting from an explosion, on a group of buildings on the virtual terrain of Afghanistan. 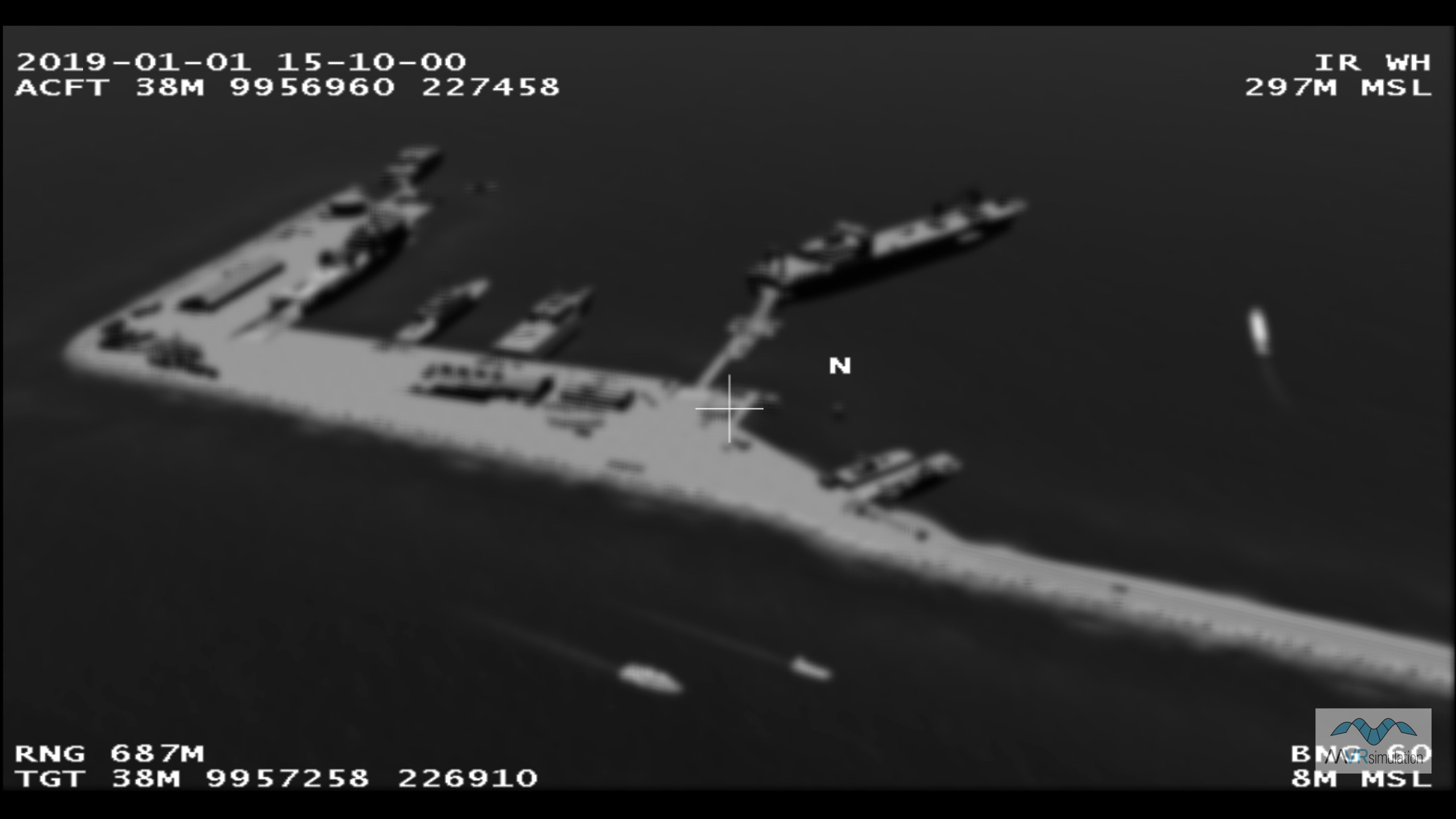 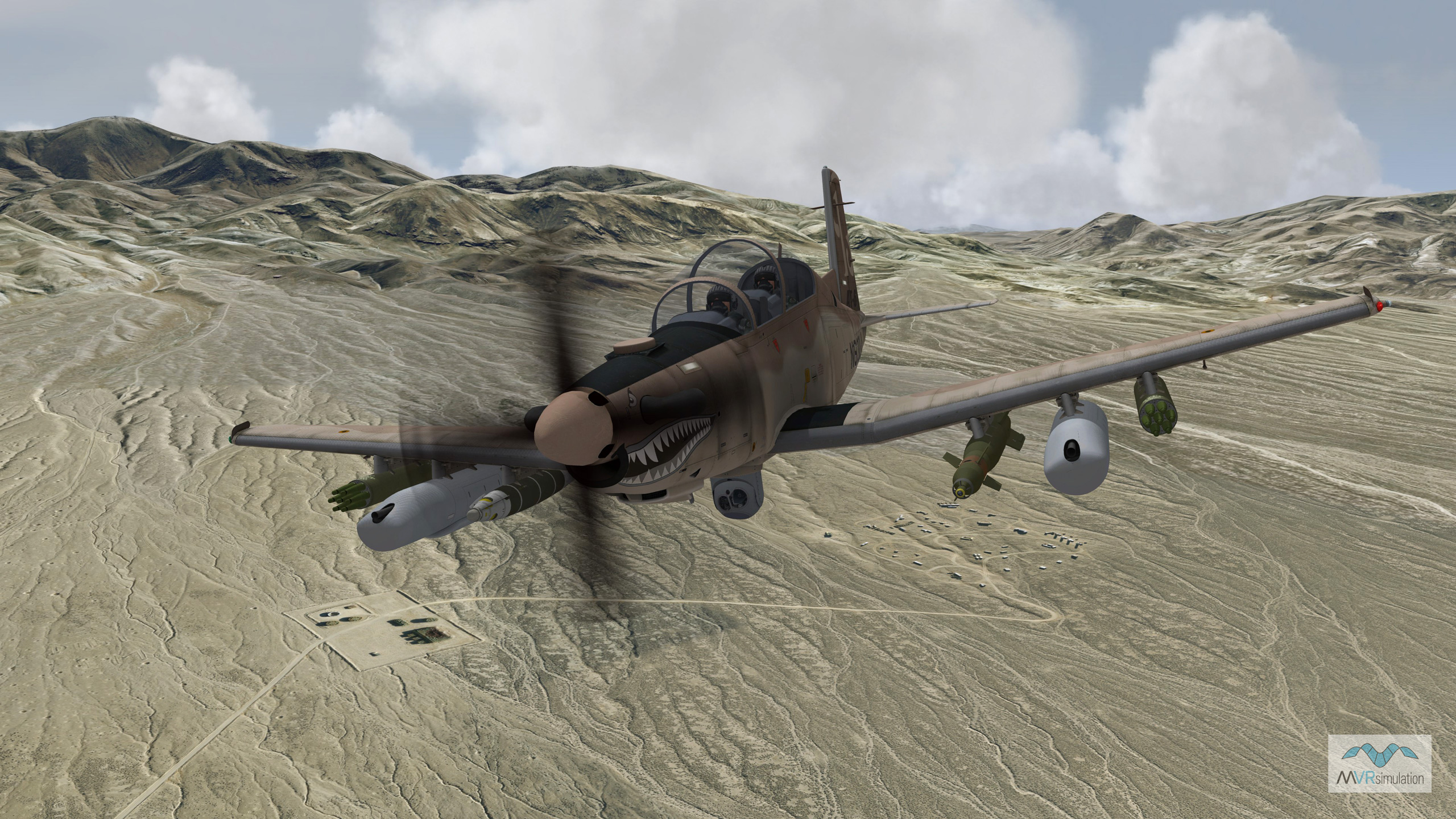 MVRsimulation VRSG real-time scene of an AT-6 in flight over virtual NAS Fallon Training Range Complex. 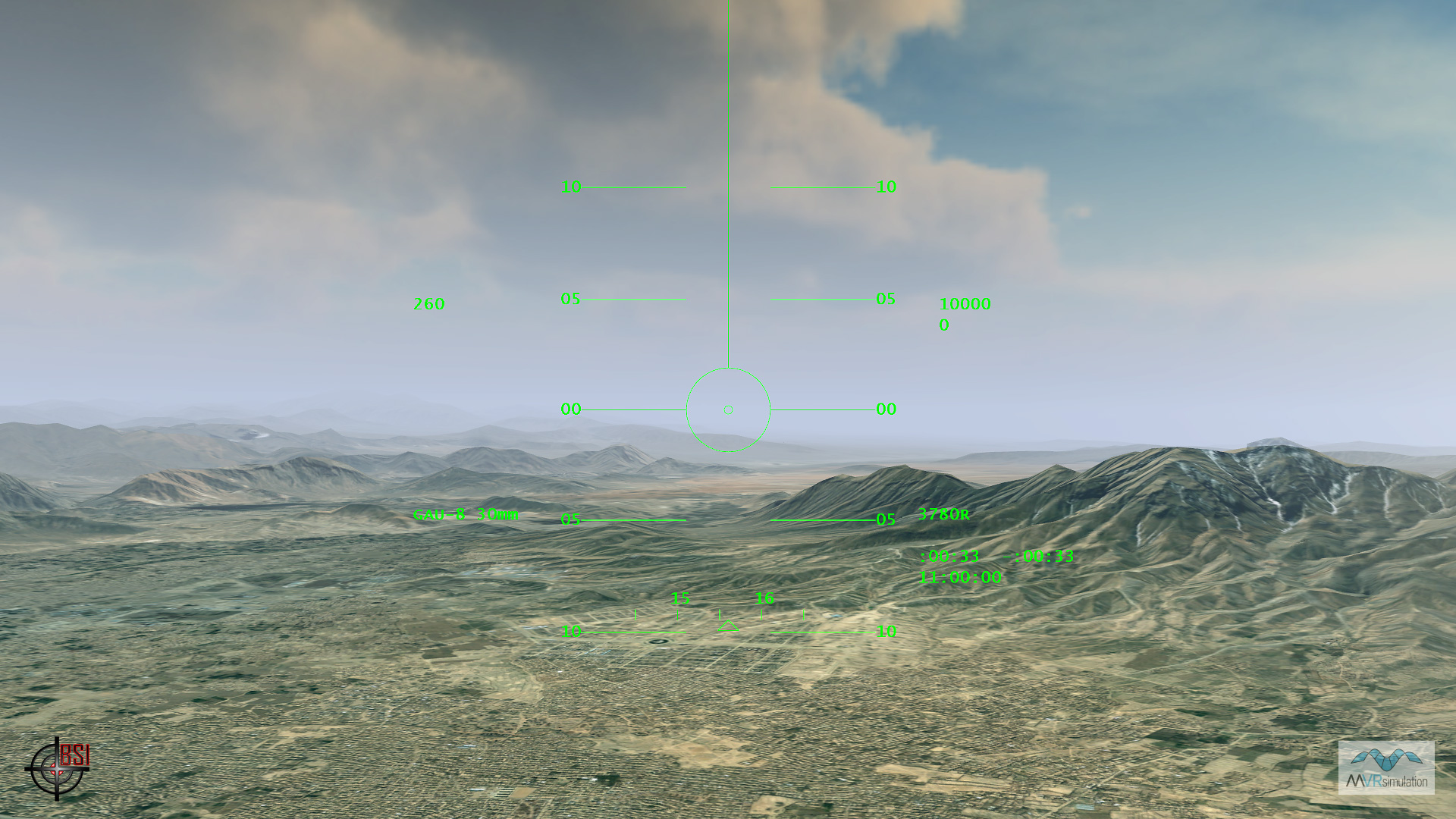 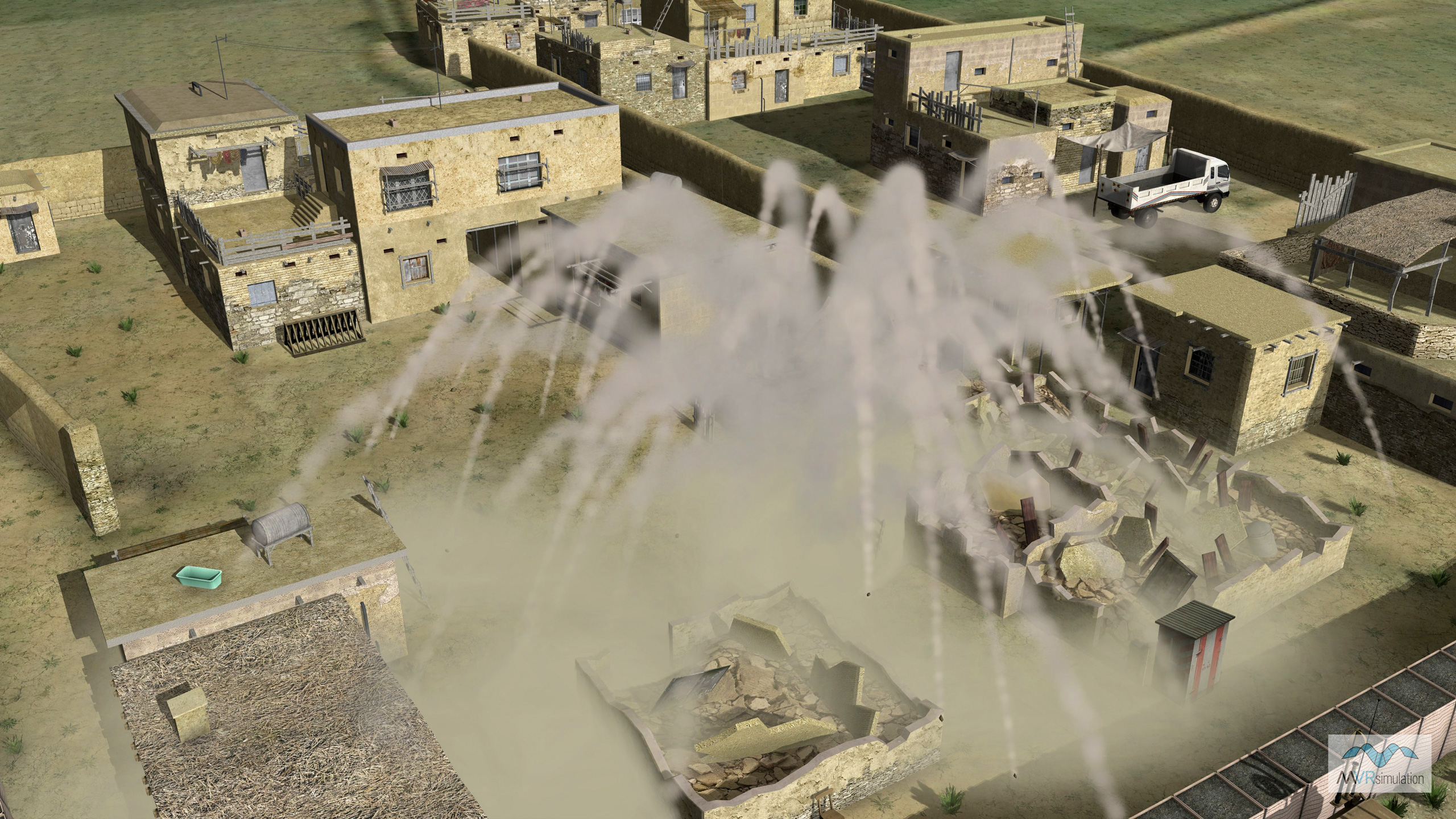 MVRsimulation Virtual Reality Scene Generator (VRSG) supports the typical features required for image generators used in flight, ground vehicle, and infantry training simulators, and many other military simulation applications. Image generators are typically driven by users’ simulator host model, such as a flight model. VRSG renders a virtual world as it is specified by host parameters such as location and field-of-view.

Applications with multiple viewports from one VRSG instance include:

VRSG license pricing is structured on a per-viewport basis; a single viewport, two or three viewports, and four or more viewports. (See the Price List for more information about VRSG viewport pricing.)

MVRsimulation's Video Player is a simple, flexible, low-latency player which offers a borderless mode, so it can be embedded easily into cockpit displays. The player can decode and display encoded KLV metadata and is optimized for use with VRSG H.264, H.265, and MPEG2 streaming video.