Using a Gamepad or Joystick With VRSG

Using a Gamepad with VRSG

Gamepads and joysticks are used in MVRsimulation VRSG solely for these three cases:

In these cases, VRSG works with any 8-button 4-axes input device for which the vendor provides a Windows Joystick driver. For ease of use in manipulating a character in FPS, MVRsimulation strongly recommends the Logitech F310 Gamepad. This device is supported by Windows and VRSG without the need to install any additional software.

The Logitech gamepad is MVRsimulation's device of choice for using with VRSG FPS. With two analog sticks, digital buttons, precise D-pad, and smooth, precise action, the gamepad is the ideal input device for manipulating the character's movements, and various functions such as firing weapons, laser ranging or designating in JTAC/CAS mode, and so on. 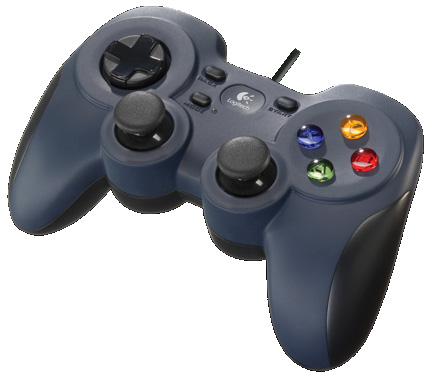 FPS functions mapped to the F310 gamepad include: