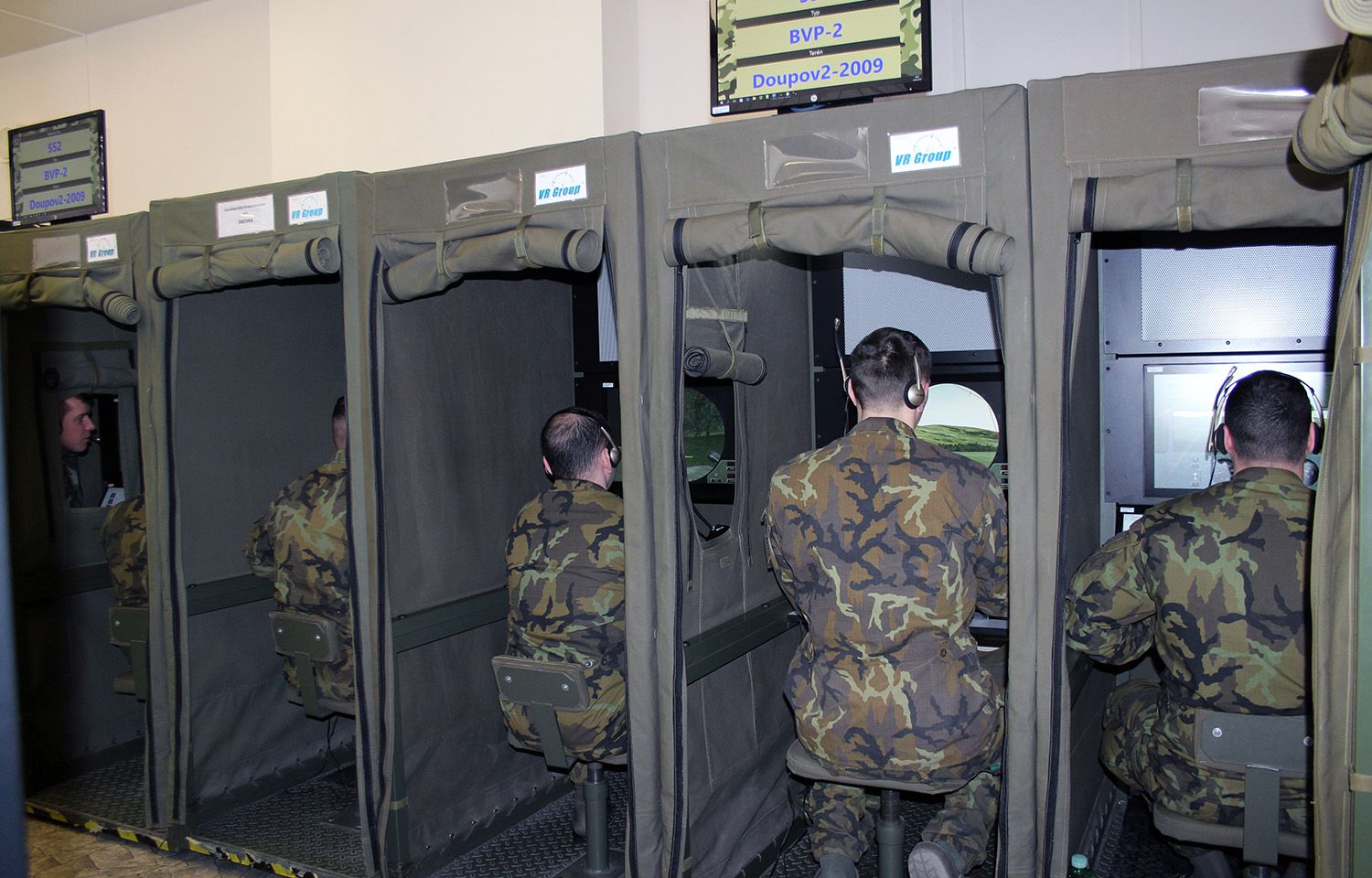 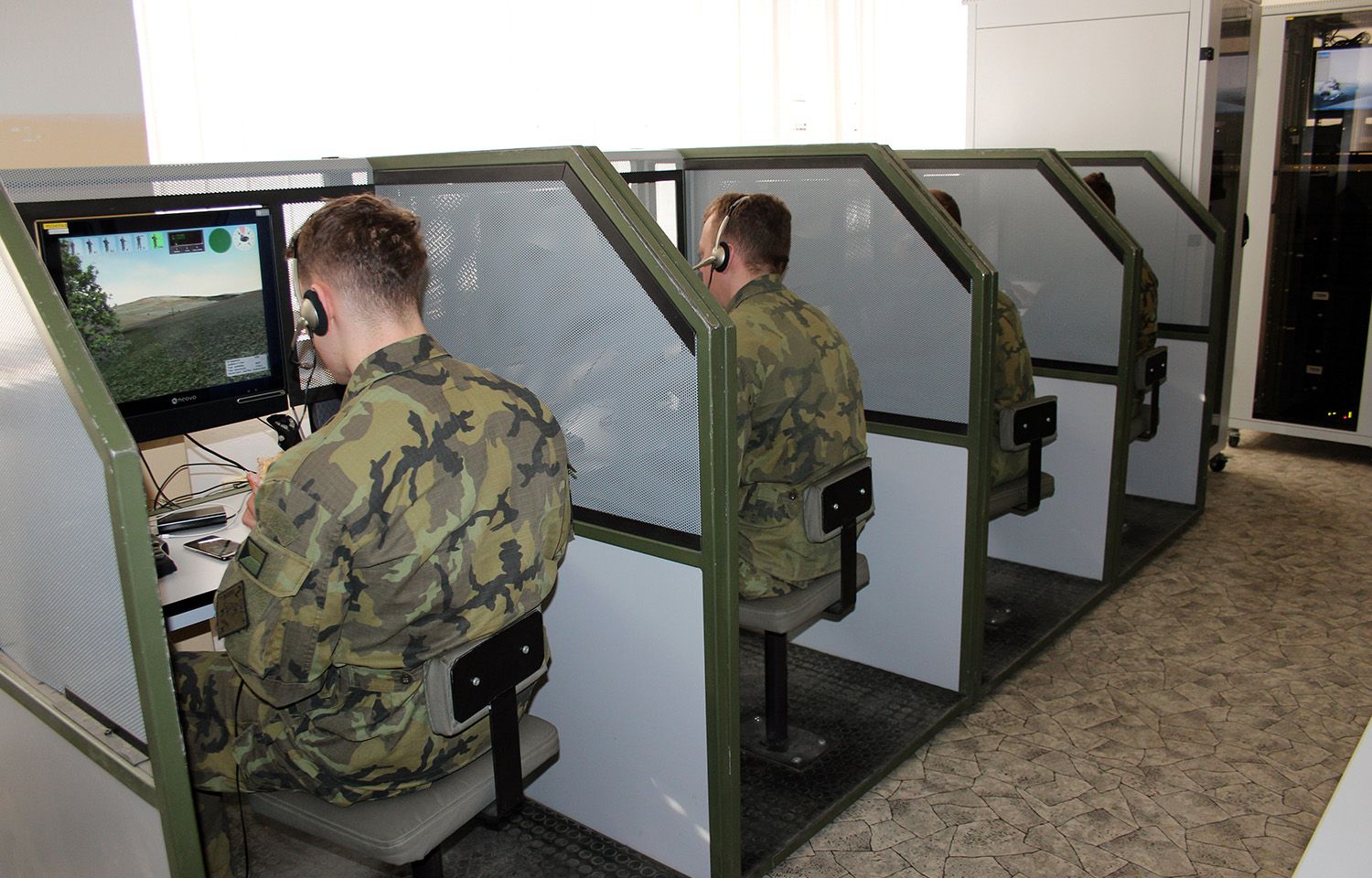 Centre of Simulation and Training

The CSTT trains Czech military professionals as well as professionals in the military forces of Austria, Slovakia, and the US (Texas National Guard). Military professionals, military schools students, and civilian university students train at the state-of-the-art facility with the tools of constructive, virtual, and live simulation and practice the skills required for classic warfare and for missions in other types of operations.

At the CSTT, VRSG is used in the “Virtual Simulator II” (VS-II) systems for infantry and for several types of ground vehicles, as well as in the Artillery Trainer and Simulation System (ATSSCz) classroom and Exercise Director control room. The two systems can interact in joint exercises via the DIS protocol.

The BMP-2 crew simulators at the CSTT are full mission simulators, which sit on 6-DOF hydraulics motion platforms, are designed for basic and advanced training of drivers of BMP-2 infantry combat vehicles. 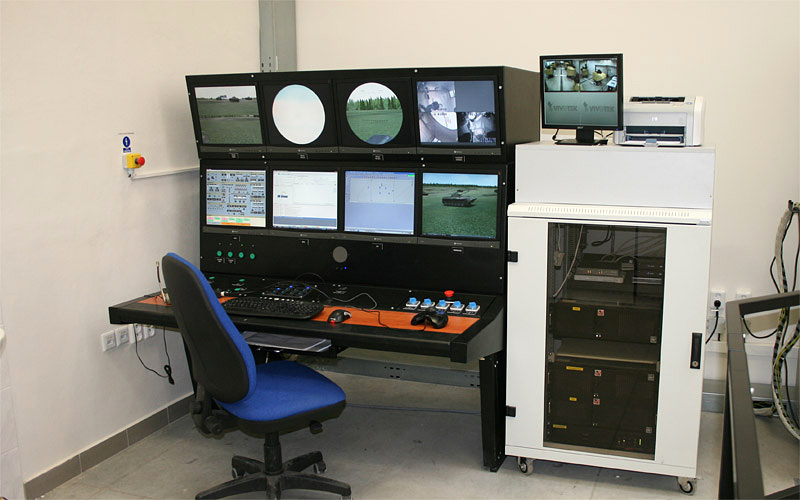 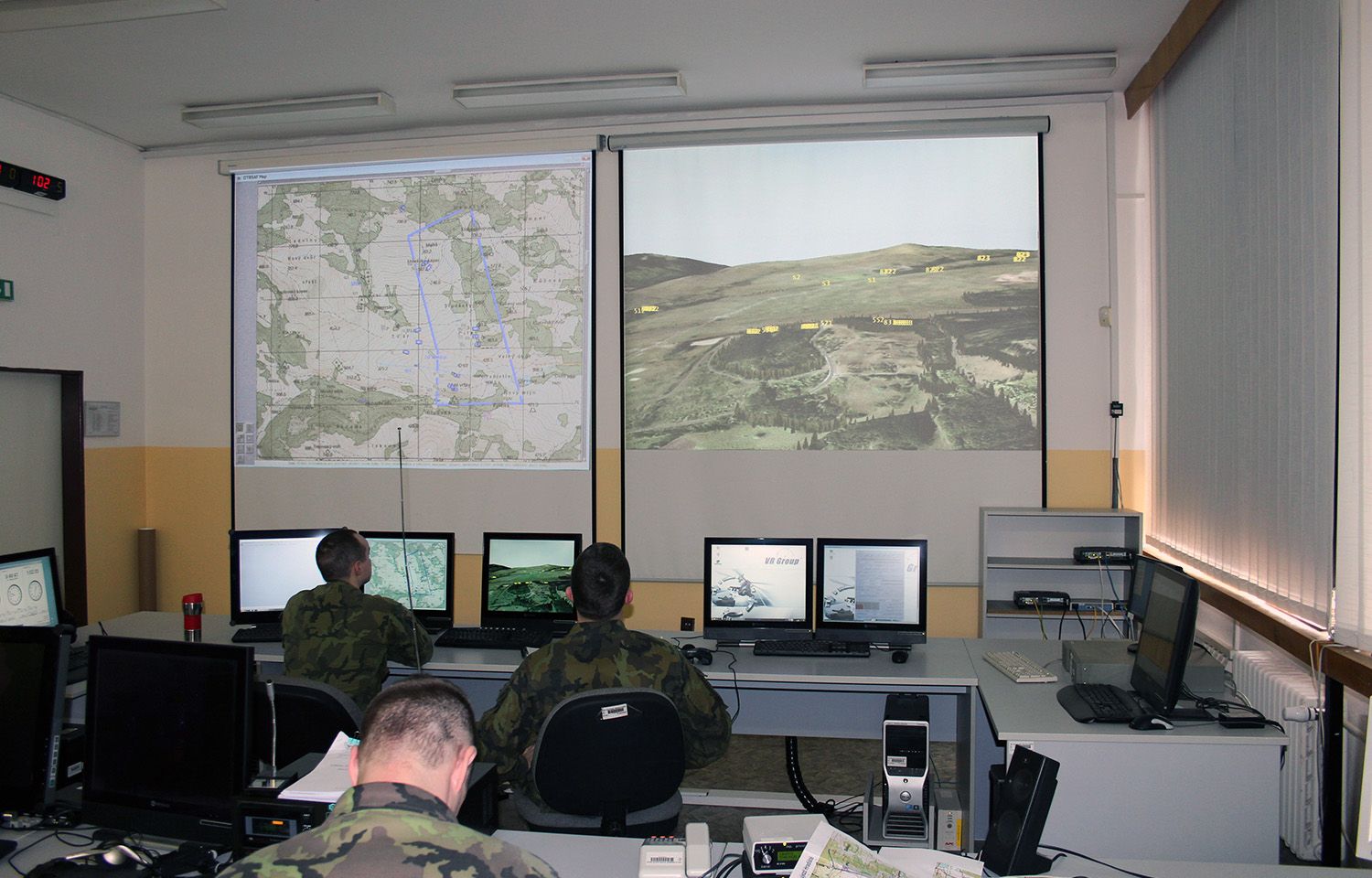 The visual system of each crew simulator consists of 5 VRSG channels, displaying 15 high-resolution views to simulate all the observing and targeting devices of the BMP-2.

The simulator’s driver cockpit has the same dimensions as a real driver cockpit, and is equipped with original instruments, a motion platform, and an advanced dynamical simulation system. This setup helps provide a driver training experience that is very close to real-life conditions.

The crew simulator enables operators to simulate emergency or breakdown situations that might occur during a battle or other circumstances, and can be used in tactical or specialized training as a part of a larger simulation unit in a distributed exercise. The simulator is equipped with an instructor's operating station for training preparation, observation, administration and evaluation. 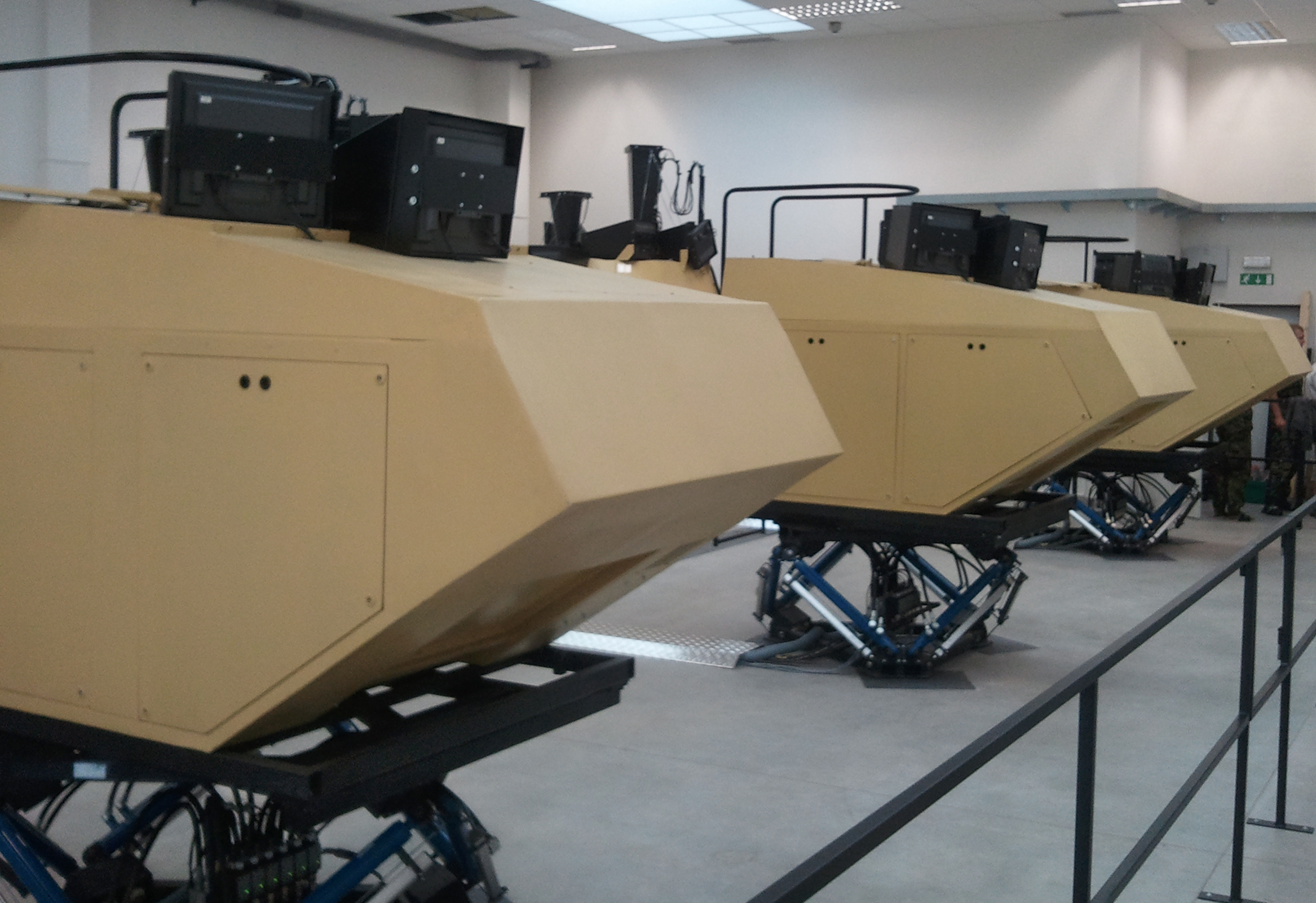 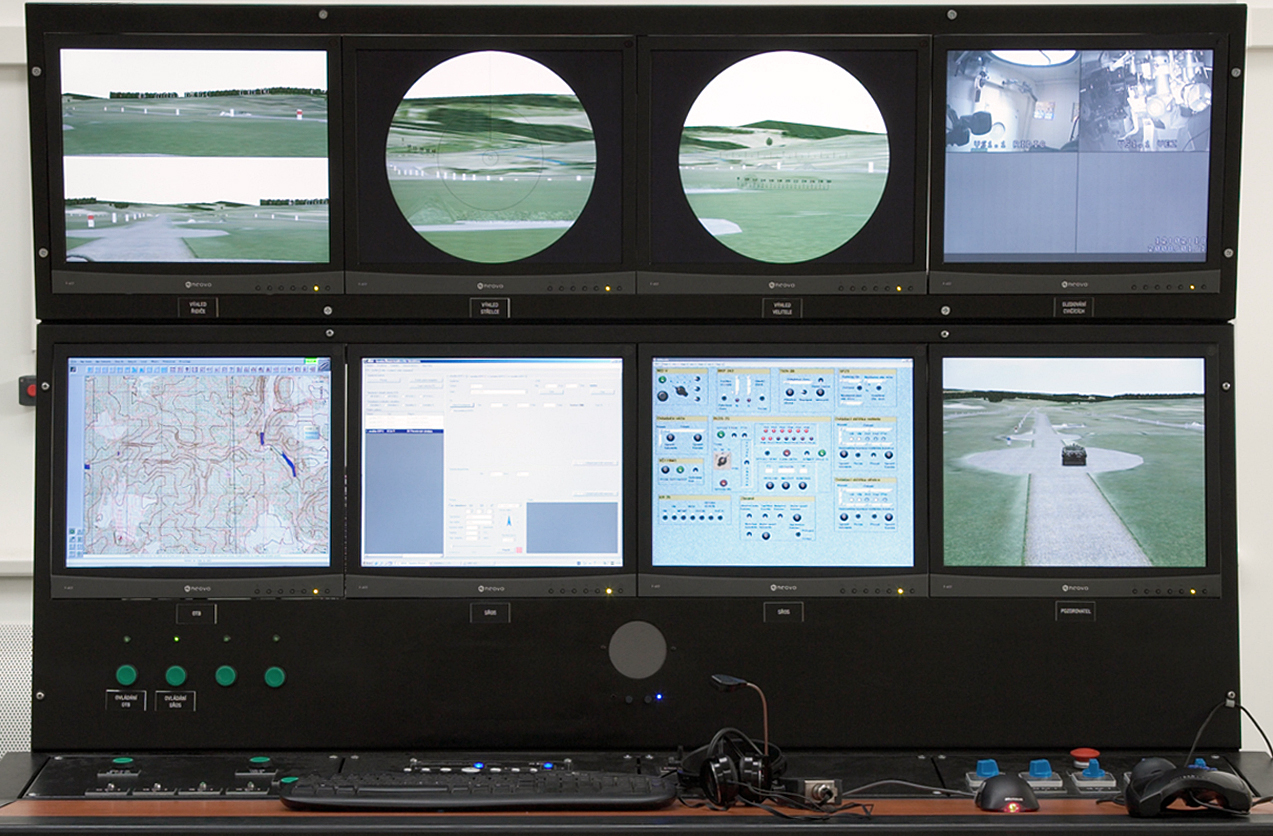 Close-up of IOS of the BMP-2 crew simulator, with the VRSG display in several screens. (Photo: VR Group.)

In addition to the BMP-2 crew simulators, VRSG is used at CSTT in these other training simulators:

The infantry training simulator,  Team Leader Simulator, adds simulated infantry (or civilian characters) to tactical vehicle simulators. The application can also be used for urban operations training simulation. Using MVRsimulation VRSG for its visuals, Team Leader Simulator has a game-like first person shooter interface with supporting AI-based characters that take their behavioral cues from the tactics of the operator.

The operation of the Team Leader Simulator is a combination of manual, semiautomatic and automatic controls which enable quick responses from simulated team members in various situations in simulated team mode. One can also run a simulation of one individual in a distributed synthetic environment directly controlled by an individual trainee.

Team Leader Simulators are modular systems that consist of a rack-mounted simulation host, image generation units, and the combat stations of trainees. Simple combat stations are equipped with a joystick controller and keypad. A monitor displays a 3-D view of the battlefield and required status information. VRSG is used to generate the real-time view of the synthetic environment. Communication is achieved through a simulated radio network. 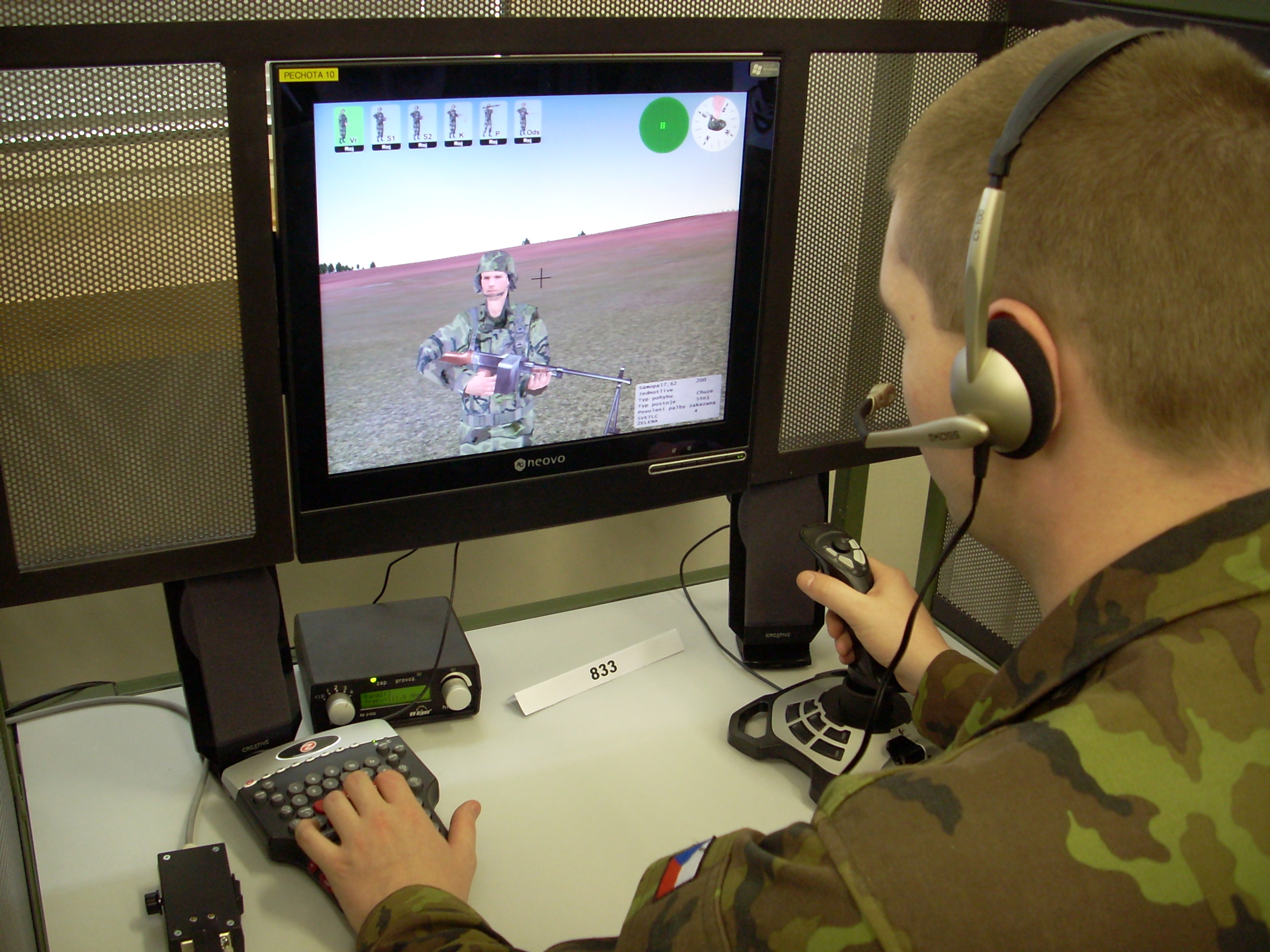 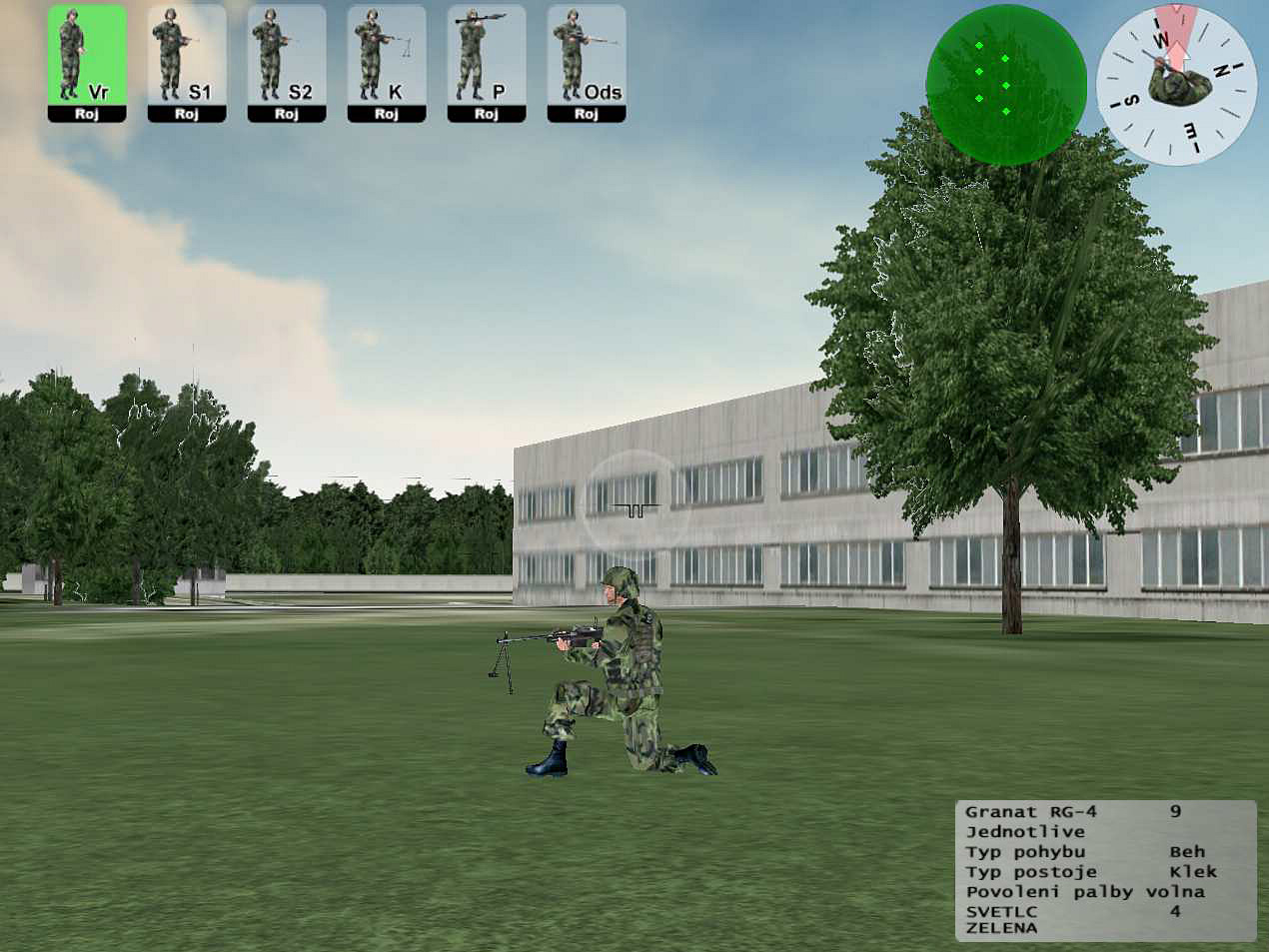 Since 2010, the Military Academy in Liptovsky Mikulas, Slovakia, has been using 10 VR Group Reconfigurable Virtual Simulators for crisis management training. VRSG generates the visuals in these simulators, which contain configurations for simulating a police car, bus, ambulance, and MI-17 transport helicopter. 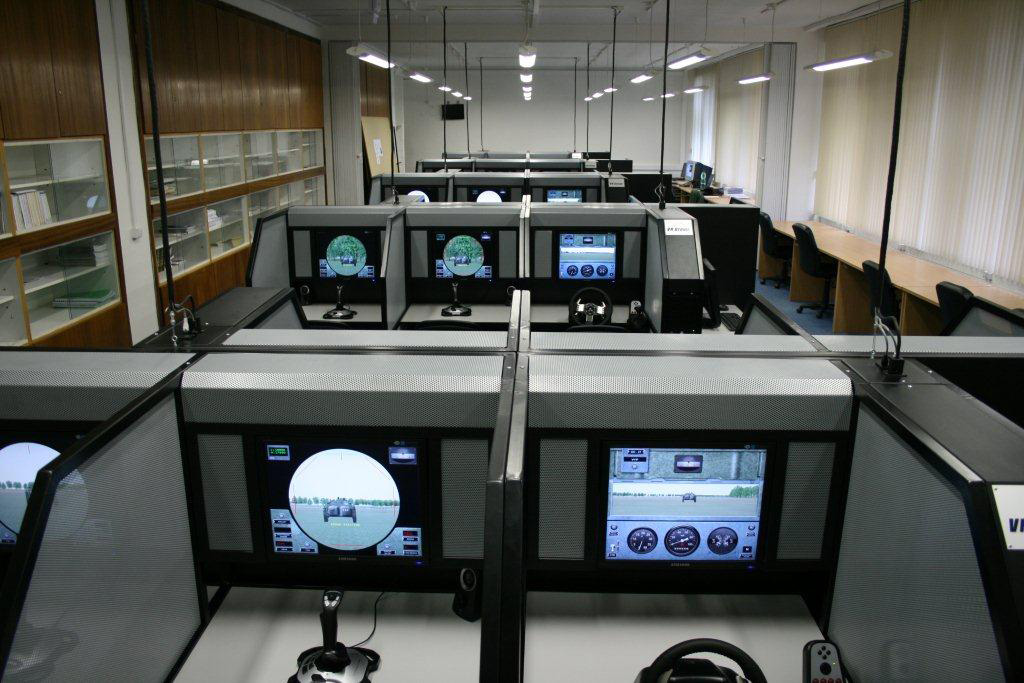