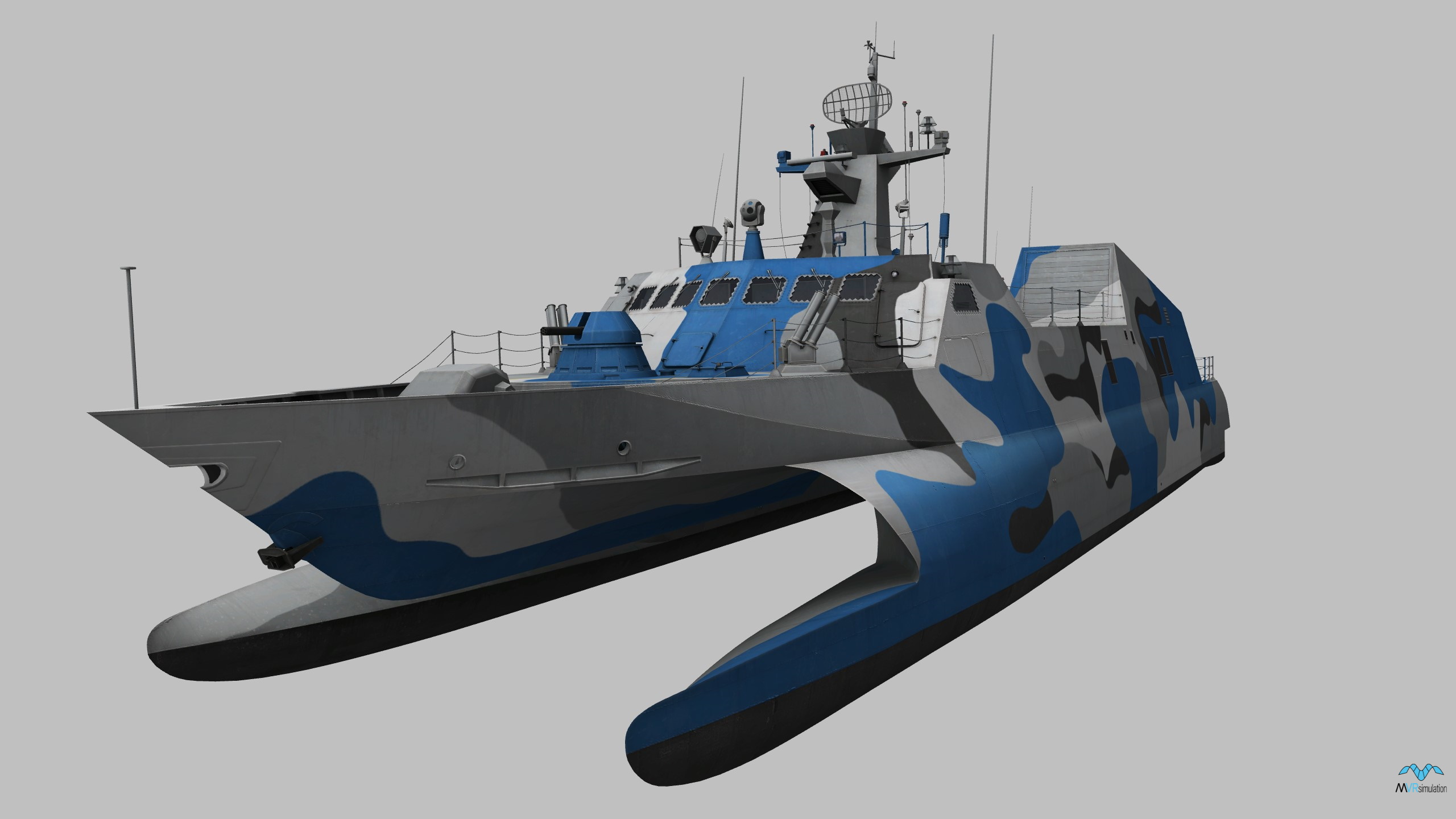 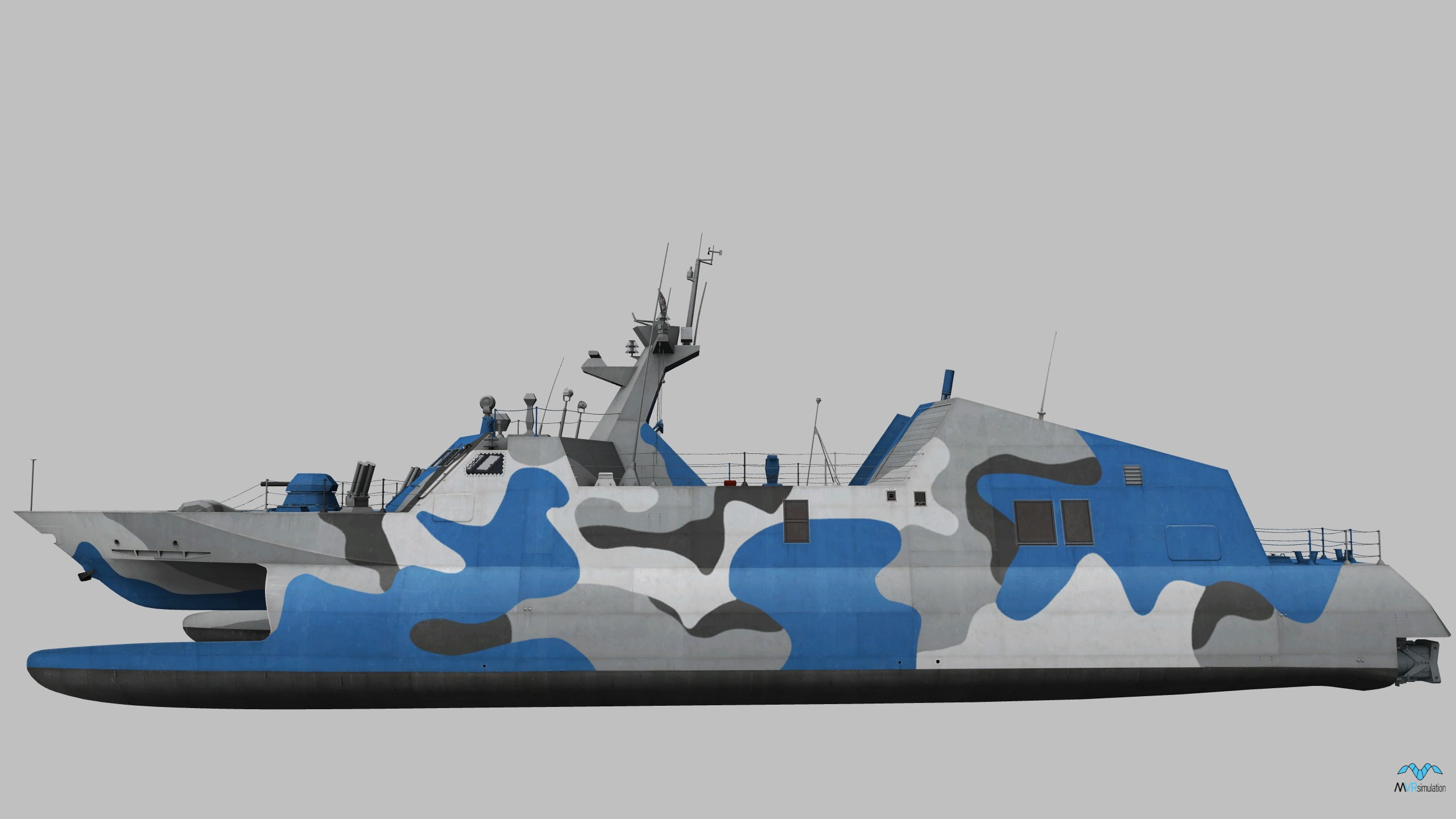 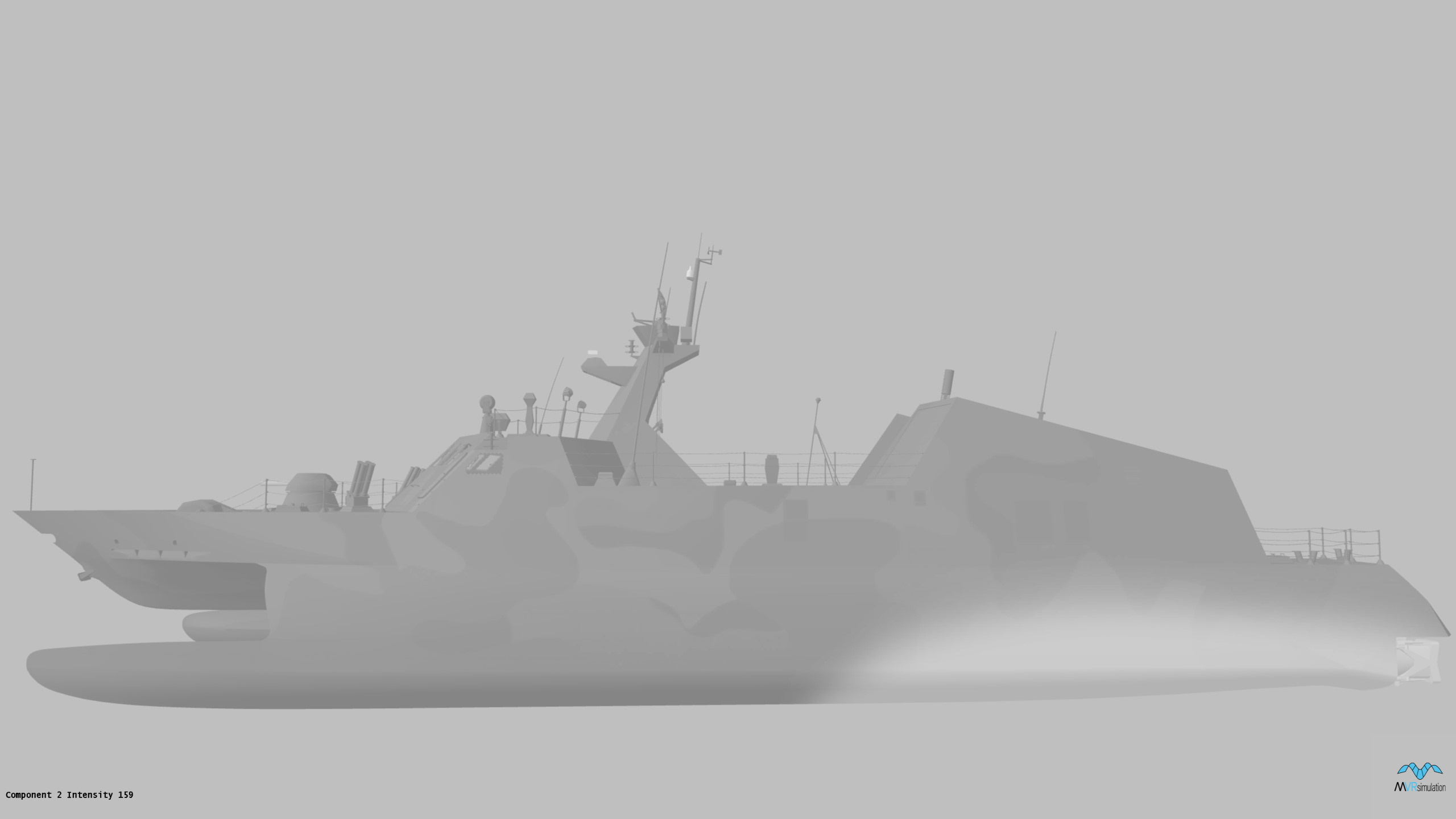 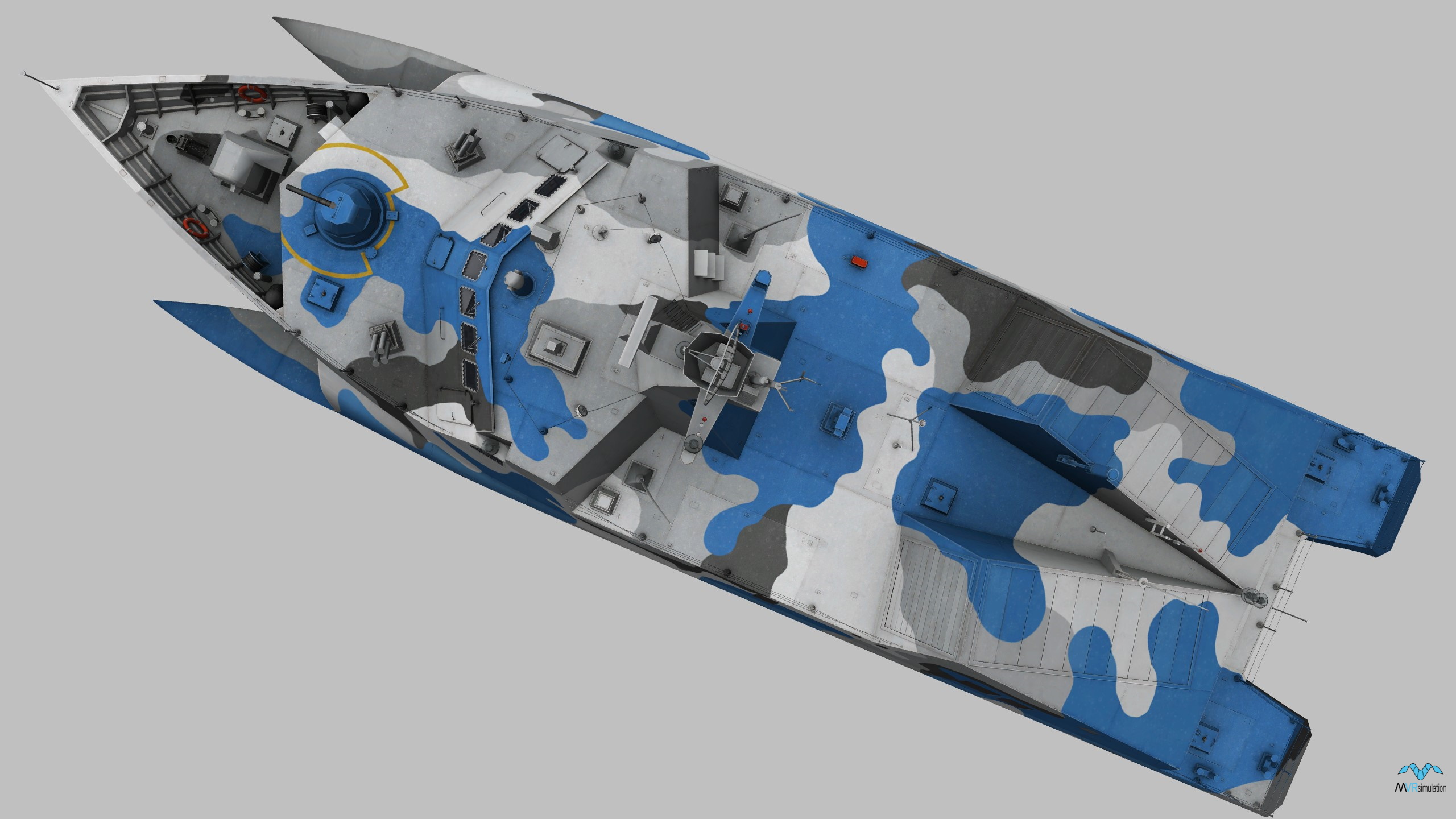 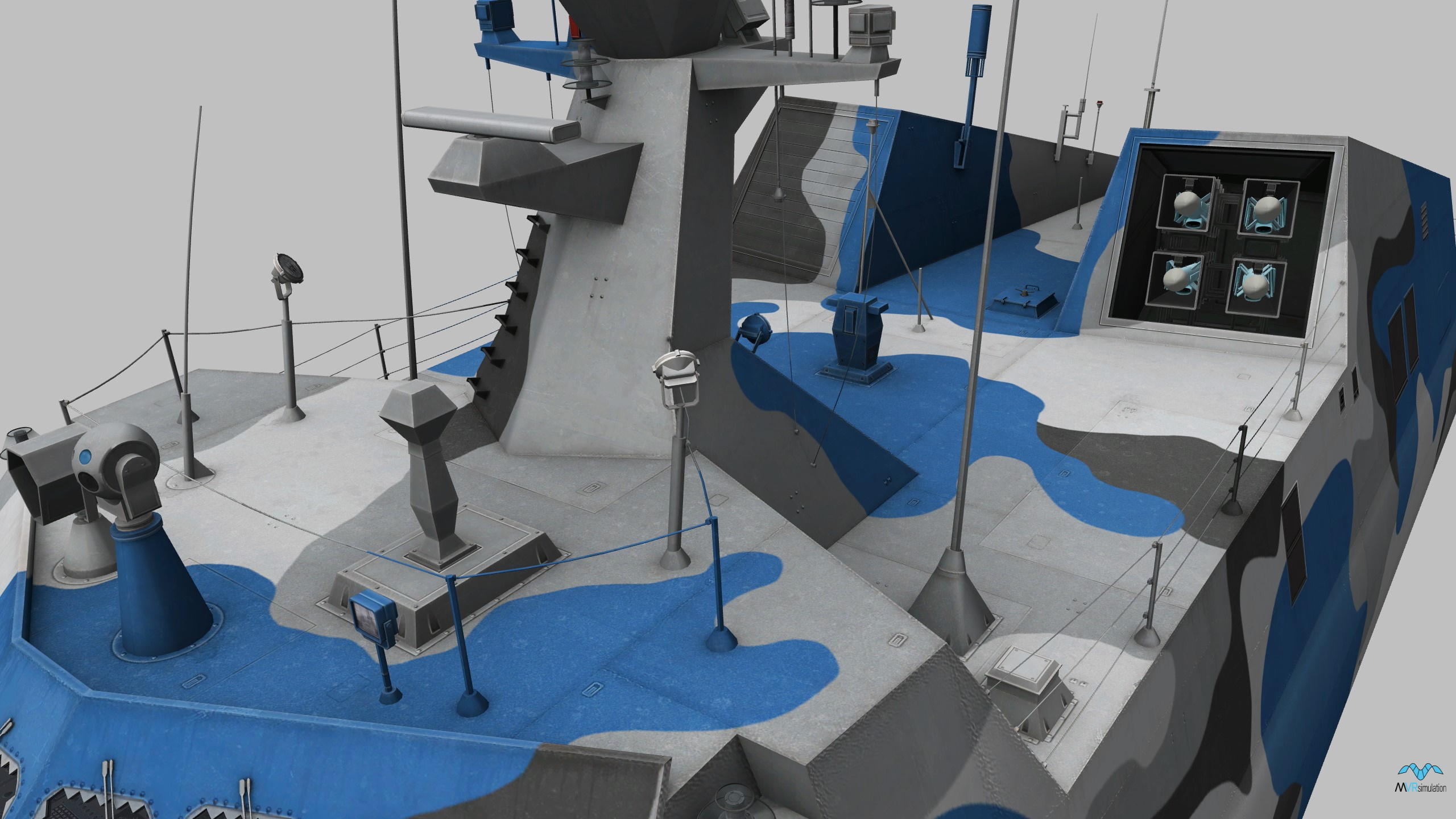 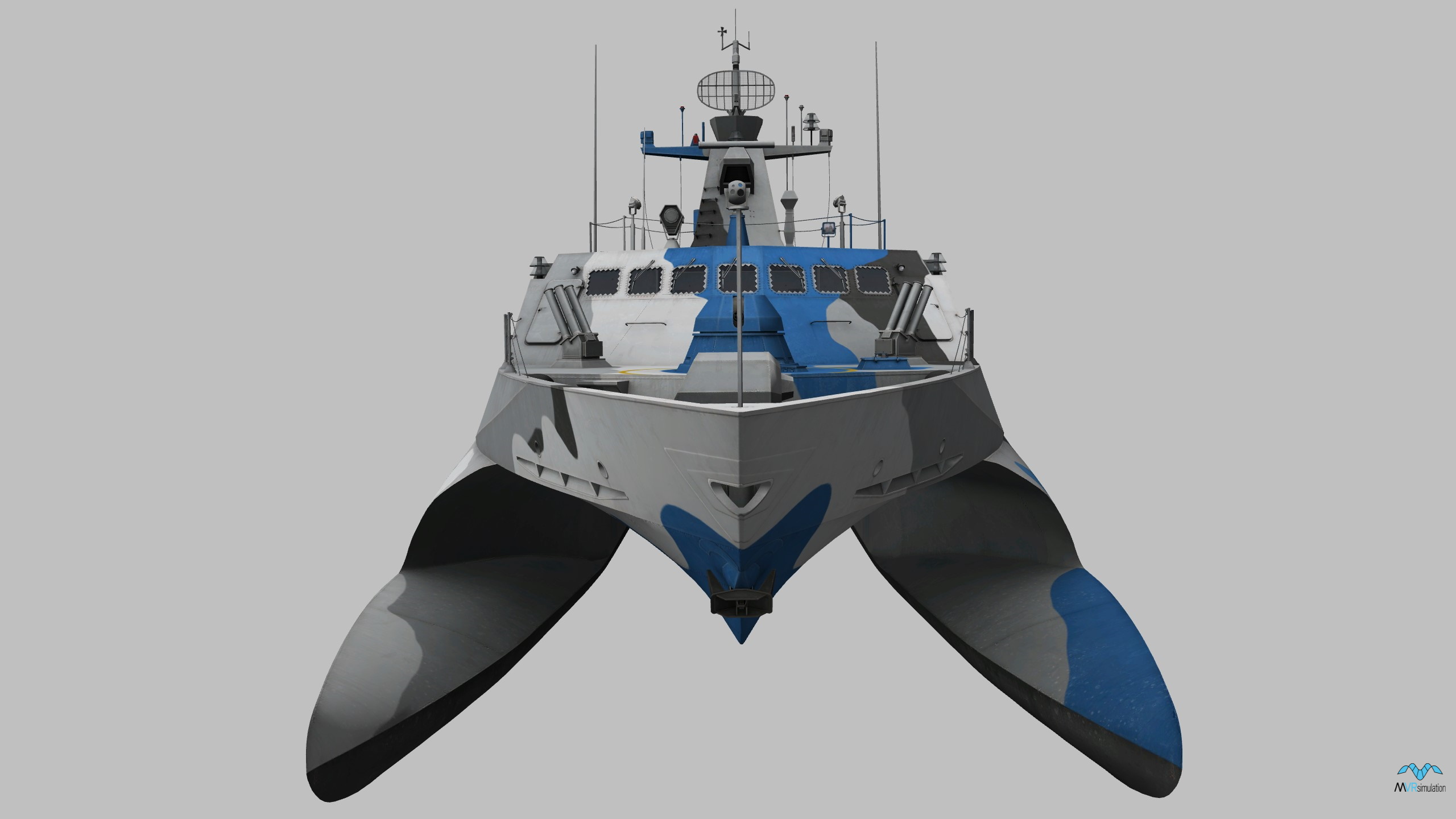 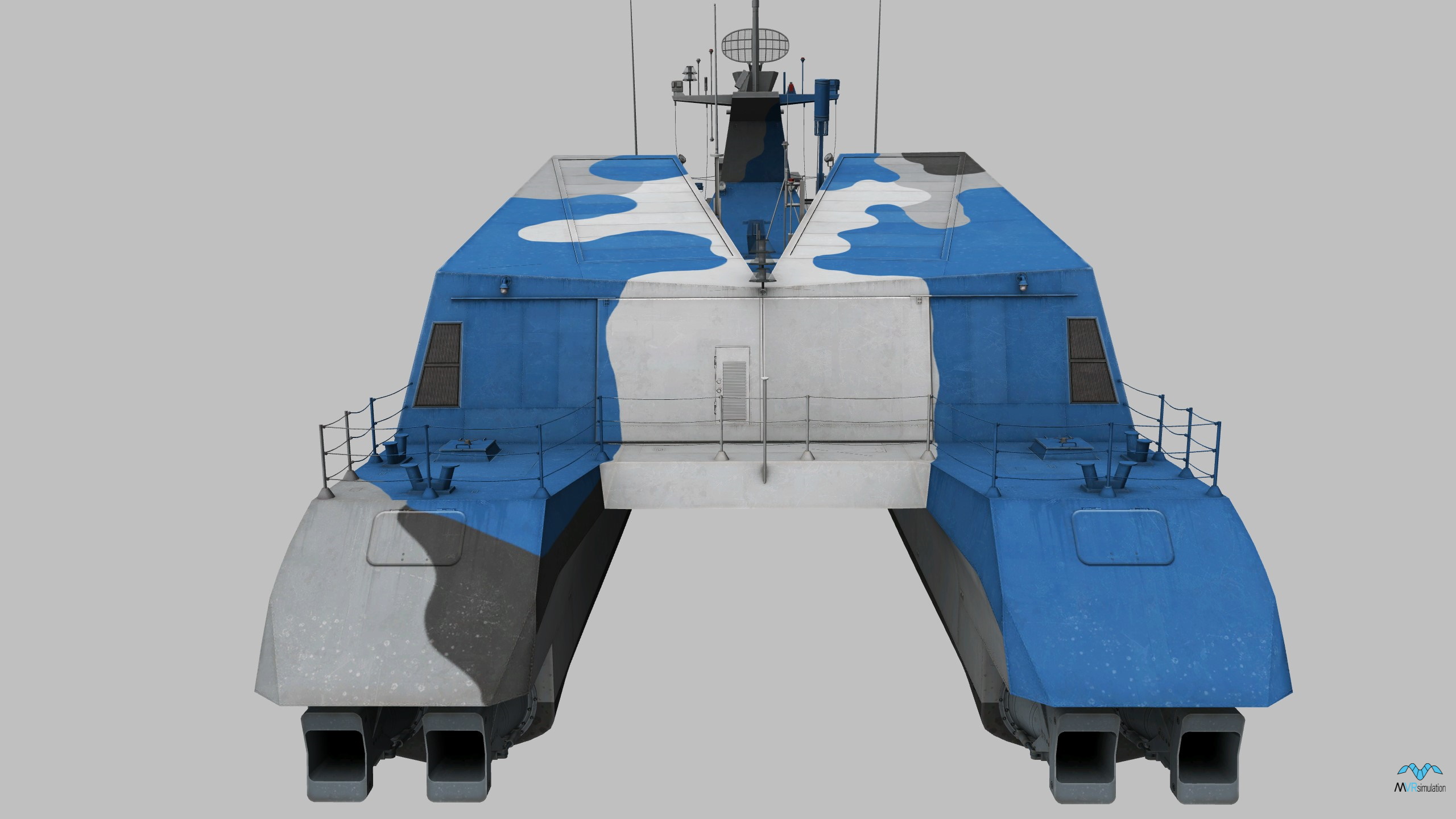 The PLA Navy began using the Type 022 Houbei class missile boat in 2004 and since then over 80 vessels have been built. These waterjet-driven catamaran vessels are designed to operate in shallow coastal waters in stealth. The vessels carry 8 YJ-83 Anti-Ship missiles (NATO CSS-N-8 Saccade) as their primary offensive weapon along with a locally produced version of the Russian 30mm AK-630 for close-in offensive or defensive fire.

The model is available for download to MVRsimulation's customers on active software maintenance. MVRsimulation's models are encrypted and require a hardware dongle to view. 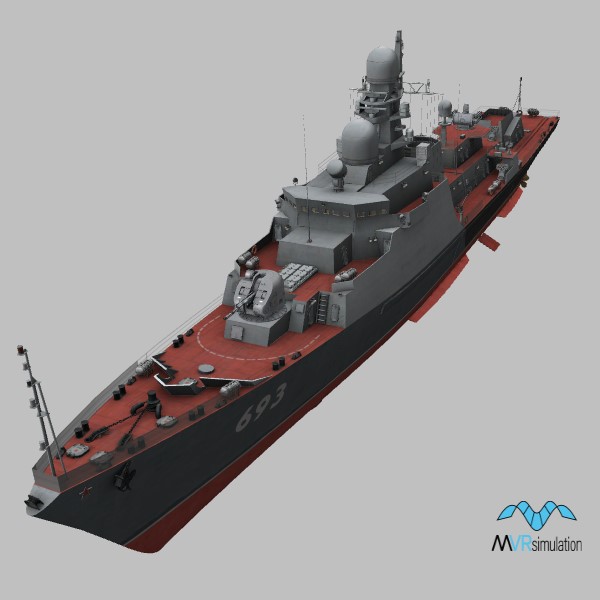 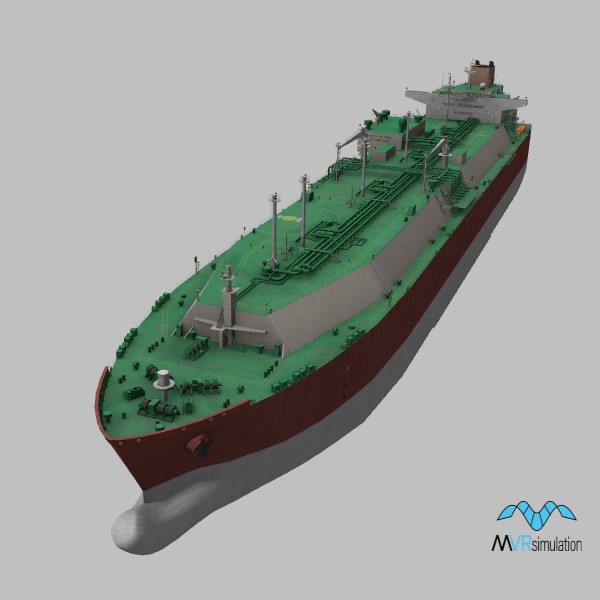 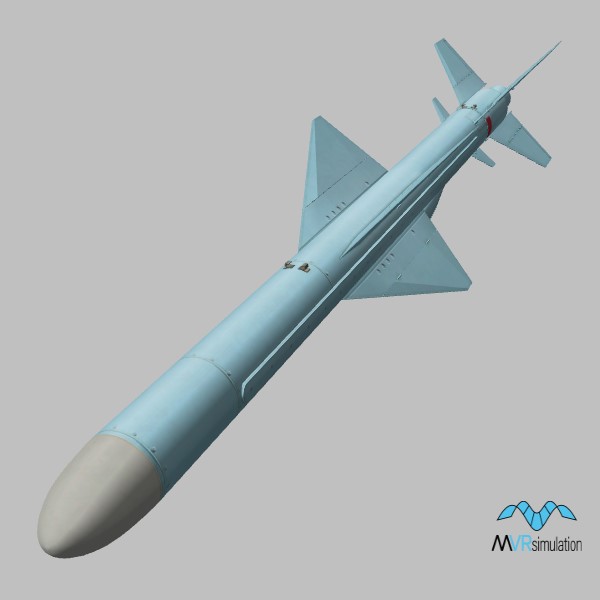